Home / Articles / Fashion / A Fortune and a Little More: How Much Are the Most Expensive Celebrity Wedding Dresses 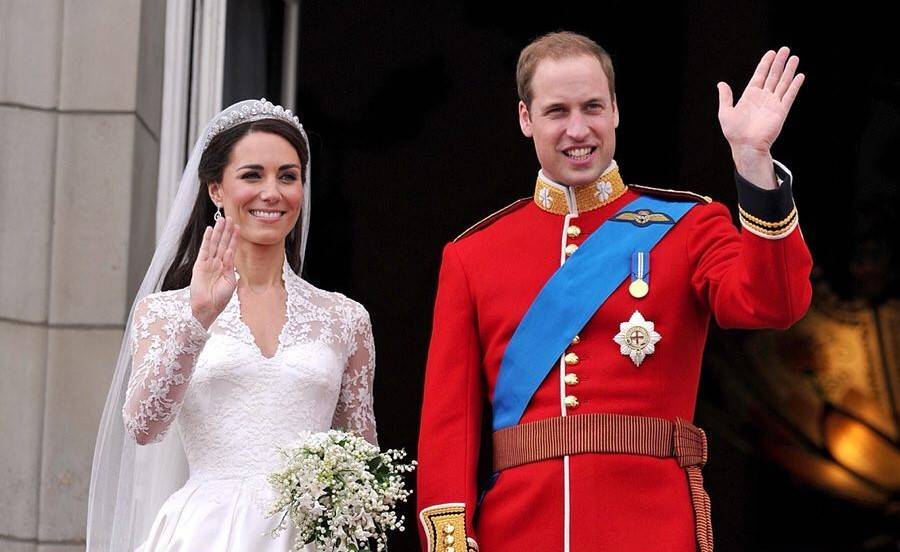 Kim Kardashian, Kate Middleton and other star brides who didn’t skimp on their wedding dresses and spent a fortune – we’re going to tell you exactly how much.

Kim Kardashian married twice: for the first time, she made a bet on diversity and bought three different dresses for 25 thousand dollars each, for the second, she decided not to save money and spent about half a million dollars for the Givenchy outfit, created by Riccardo Tisci.

A lace dress with an open back and a transparent veil harmoniously fit into the general atmosphere of the ceremony - Kim and Kanye West signed in an ancient castle in Florence in the rays of a summer sunset.

Kate Middleton decided to entrust the creation of her wedding dress to one of her favorite designers, Sarah Burton – the creative director of fashion house Alexander McQueen. A-line dress with lace sleeves and a train three meters long cost the Duchess 434 000 $, and Queen Elizabeth’s diamond tiara cost no less. It largely determined the development of wedding fashion and for several years set the trend for elegance and attention to detail.

Seven years later, H&M released the equivalent of Kate’s wedding dress for just $ 200, so every girl could buy it and feel like a real Royal. We supposed to think, the Duchess didn’t mind it – she likes clothes from democratic brands and often opts them for outings.

After Meghan Markle and Prince Harry’s wedding, many stylists noted that the bride’s dress looked a little plain, but there was a story behind this restraint and elegance. Meghan’s dress was almost identical to the one, in which Prince Maximillian of Liechtenstein’s fiancée Angela Brown was married in 2000. This ceremony caused a real scandal: the girl was a black American actress. The similarities to Meghan’s story are most obvious.

Concise long-sleeved dress was sewed in the fashion house of Givenchy under the personal supervision of Clare Waight Keller, who had to sign a nondisclosure agreement to keep the design of the dress a secret until the ceremony. They say, Meghan paid for her 400 000 $ wedding dress herself, without the help of the Royal family.

Amal and George Clooney’s wedding celebration lasted for five days – during this time, she managed to change four outfits, but the most expensive of them was an off the shoulder, cream lace wedding gown by Oscar de la Renta for 380 000 $. The founder of the fashion house personally had a hand in its creation – he decorated the ivory fabric with adorned with pearl and diamanté touches.

A few months after the ceremony, Amal donated her wedding dress to the Museum of fine arts in Houston, where the former American Vogue editor Andre Leon Talley collected the best works of Oscar de La Renta. And in 2015, a slightly simplified version of this dress was included in the brand’s autumn-winter collection – you can buy it for 7 000 $.

Despite the fact that wedding dress of Princess Diana is still one of the most recognizable and expensive, many stylists consider it a real fashion fail. In 1981, for "cake" of tulle, lace and hundreds of gems, British Treasury had to pay around 115 000 $.

The ivory gown was designed and sewed by David and Elizabeth Emanuel, who tried to make it as luxurious as possible: the 8-meter-high train took about 130 meters of fabric.

Due to the fact that 19-year-old Diana was sitting in the carriage, the dress was badly creased and looked untidy. More than that, it was quite difficult to manage with layered skirts and voluminous sleeves. In order for Diana to walk gracefully down the aisle, the designers pre-sewed another dress for rehearsals, but not from silk brocade, but from white sheets.

In 1999, Victoria Beckham drew the sketch of her perfect wedding dress by herself, but she asked one of their favorite designers – Vera Wang - to sew it. A champagne-colored satin dress with a narrow corset and 6-metre train cost the bride $ 100 000, but right after the official part of the ceremony, she changed it to a bright purple pantsuit, in which it was much easier to breathe and dance.

Two of the best designer of our time - Maria Grazia Chiuri and Pierpaolo Piccioli - worked on Nicky Hilton’s wedding dress. But girl’s outfit greatly angered fans of Kate Middleton: the A-line dress with lace sleeves reminded them the Duchess of Cambridge’s wedding dress. More than that, the ceremony took place in one of the greenhouses of Kensington Palace.

The resemblance is true, but there are some differences: the lace decorated the whole Nicky’s outfit, not just its upper part, and the V- neck was replaced by a high collar. The Valentino dress cost the heiress of one of the world's richest families a very modest 80 thousand dollars. 80 000 $. The bride completed her look with a three-meter veil made of transparent fabric and white Christian Louboutin shoes. The heels were embroidered with wedding date – July 10, 2015 – and her new last name Rothschild.