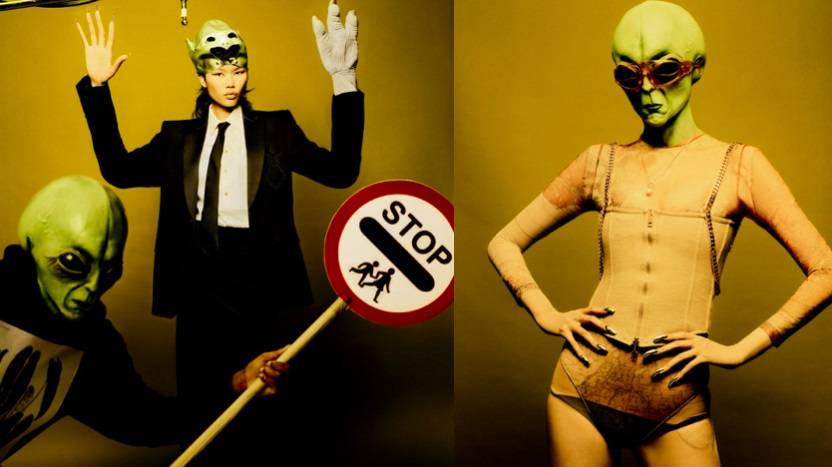 Dazed Editor-in-Chief Ibrahim Camara, recently named Off-White's Creative Director, has unveiled a stunning shoot for the publication's summer edition. Myths and conspiracy theories about the existence of aliens and angels, as well as images from the movie "The Fifth Element" were used as the main idea. Designers and photographers immerse the reader in outer space with the most beautiful intergalactic worlds and extraterrestrial beings. Models dressed as aliens with masks and winged angels wore pieces from the Burberry Pre-Fall 2022 collection.

It turned out that the futuristic images from the line of a well-known brand are the best fit for the idea of the artists and the general idea of shooting. To enhance the alien images, the designers used gloves in the form of animal paws, hats with animal ears, sunglasses and elongated manicure models with a metallic effect. Some models were decorated with prints of old maps, allowing you to explore different corners of the galaxy. The photographer was Rafael Pavarotti, who is known for his gorgeous stylish covers for Vogue and other glossy magazines.
Camara chose the phrase “Landing” as the motto of the shooting, as if hinting to the reader about the imminent arrival of aliens, which everyone has been talking about for the last 100 years. 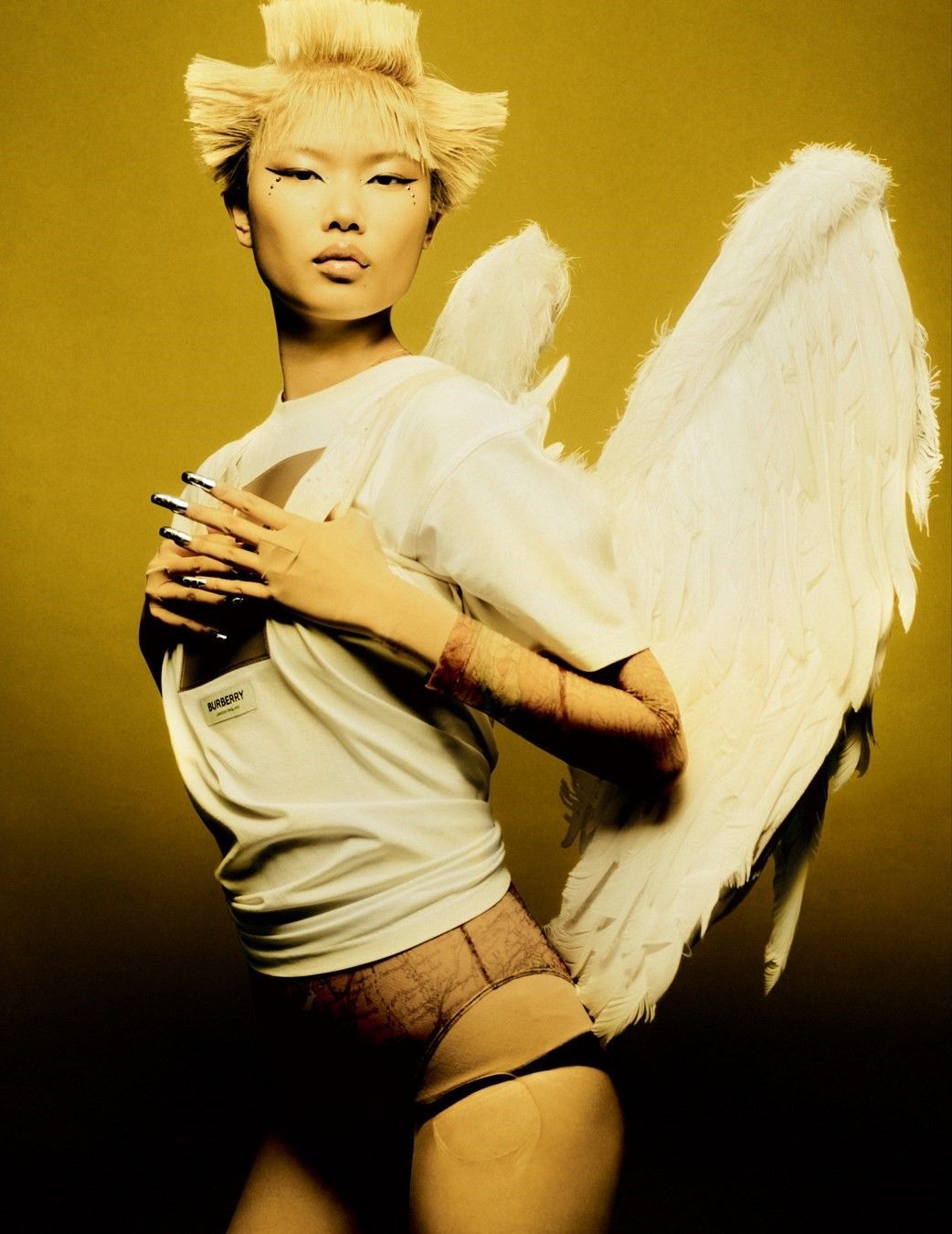