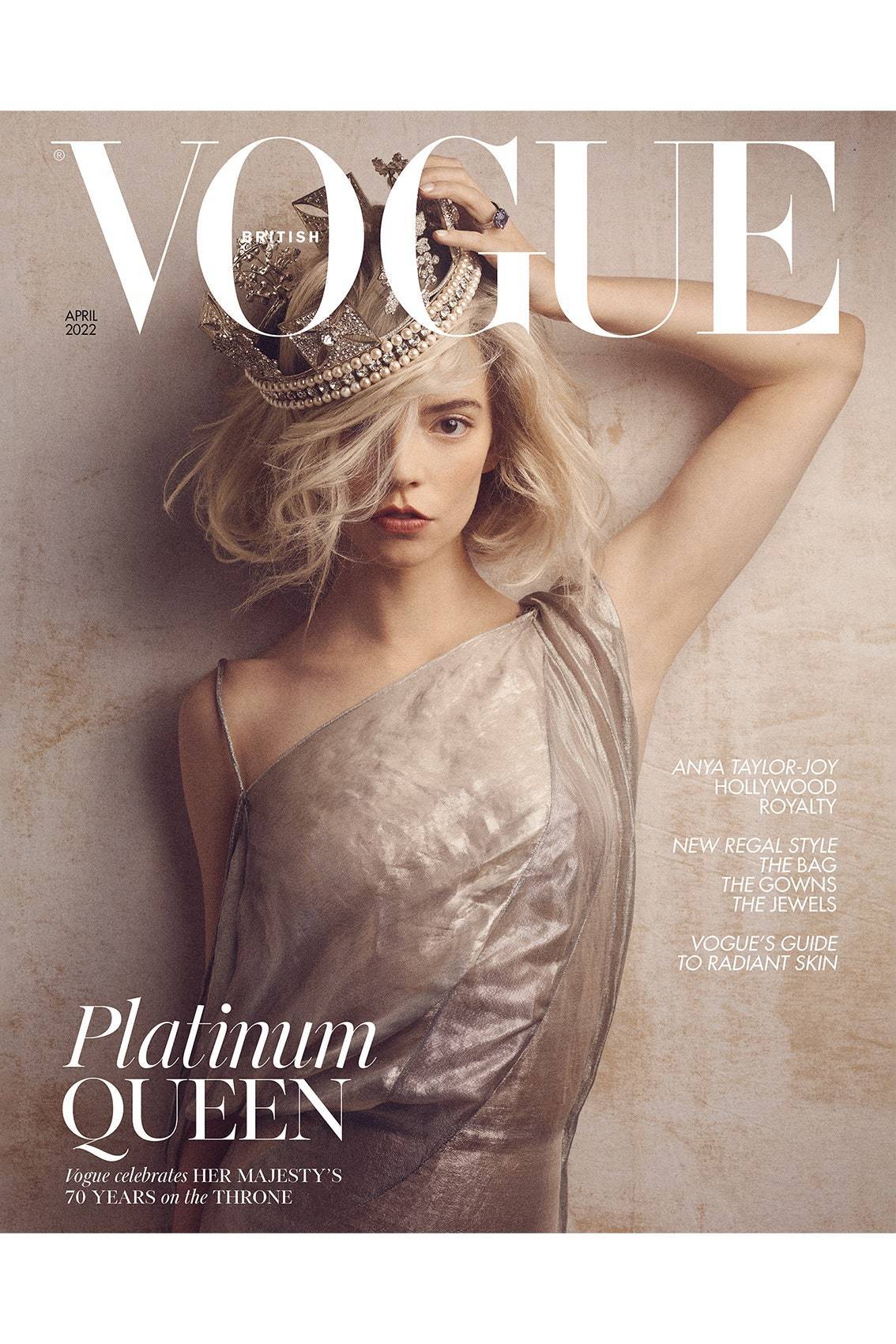 British Vogue released an April double-cover issue to celebrate the birthday of Her Majesty Elizabeth II. On the one side the magazine featured a portrait of the young Queen dated 1957; on the other it featured a photo of actress Anya Taylor-Joy wearing a replica diamond tiara on her head.

This year, the UK is preparing to celebrate a double date: Elizabeth II celebrates the platinum anniversary of her reign, she became queen in 1952 and is considered the longest-reigning monarch of the United Kingdom. On this occasion, Vogue announced platinum as the main color of the spring-summer season, and also made a central takeaway on the cover with the words "Platinum Queen"‎. It is reported that in the latest issue of Vogue you can find a fresh essay about the Queen's public life, which actually passed in front of reporters' cameras.