Balenciaga Filmed Campaign in the Form of News Broadcast 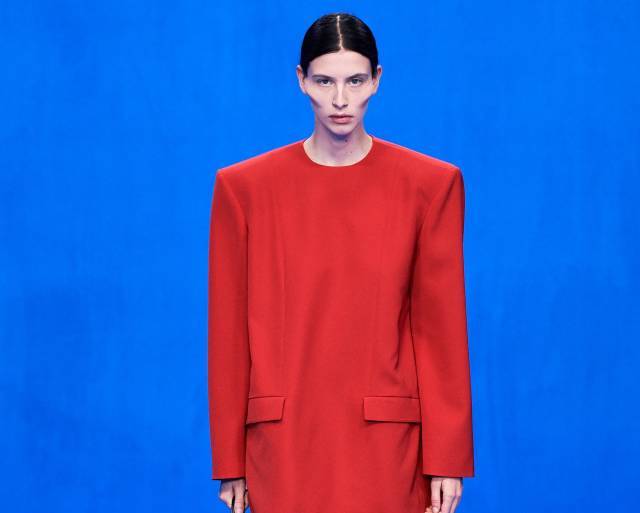 Balenciaga found an unusual way to present the SS 2020 collection. Demna Gvasalia used the current political climate as a source of inspiration and shot an advertising campaign in the form of a live evening of post-apocalyptic news broadcast. Models, dressed head-to-toe in a series of Balenciaga’s more corporate lewks, look stunning. The clip takes on an eerie tone with superimposed mouths that make no sound and a haunting a screeching, ominous, plane crash-punctuated soundtrack courtesy of noise musician Wolf Eyes.

The programme’s anchors take viewers through some pretty bizarre and slightly disturbing headlines: with planets realigning, the end of traffic jams, where exactly the water is going, and the beginning of a fictional political campaign among the topics of conversation. Running lines sound rather absurd, too: “Cats can’t taste sweetness”, “Hawaiian pizza was invented in Canada by a Greek”, “A donkey can see all four of his feet at once”. The collection includes black bombers, dresses with wide shoulders, suits, denim jackets, trench coats, sweatshirts, down jackets and overalls. It was first presented at Paris Fashion Week in September 2019.