Conquering Paris: Kim Kardashian’s Three Latex Looks | World Fashion Channel
Our site uses cookies and similar technologies to ensure the best user experience by providing personalized information, remembering marketing and product preferences, and helping you get the right information. By continuing to browse this site you agree to our use of cookies following this notice concerning this type of file. If you do not agree that we use this type of file, then you must set your browser settings accordingly or not use the wfc.tv website.

Kim Kardashian is in Paris with her family: her husband Kanye West has already held the traditional Sunday Service. Usually, Kim comes to her husband’s church concerts in casual clothes. However, this time, apparently the fashion capital inspired the star, and she decided to diversify her style. The celebrity appeared in public in a caramel-colored Balmain latex two-piece jumpsuit, which was presented on the catwalk a few days ago. Long gloves, which became a spectacular continuation of the blazer sleeves, did hit the public. Kim styled her hair into a ponytail and complemented the look with traditional makeup. 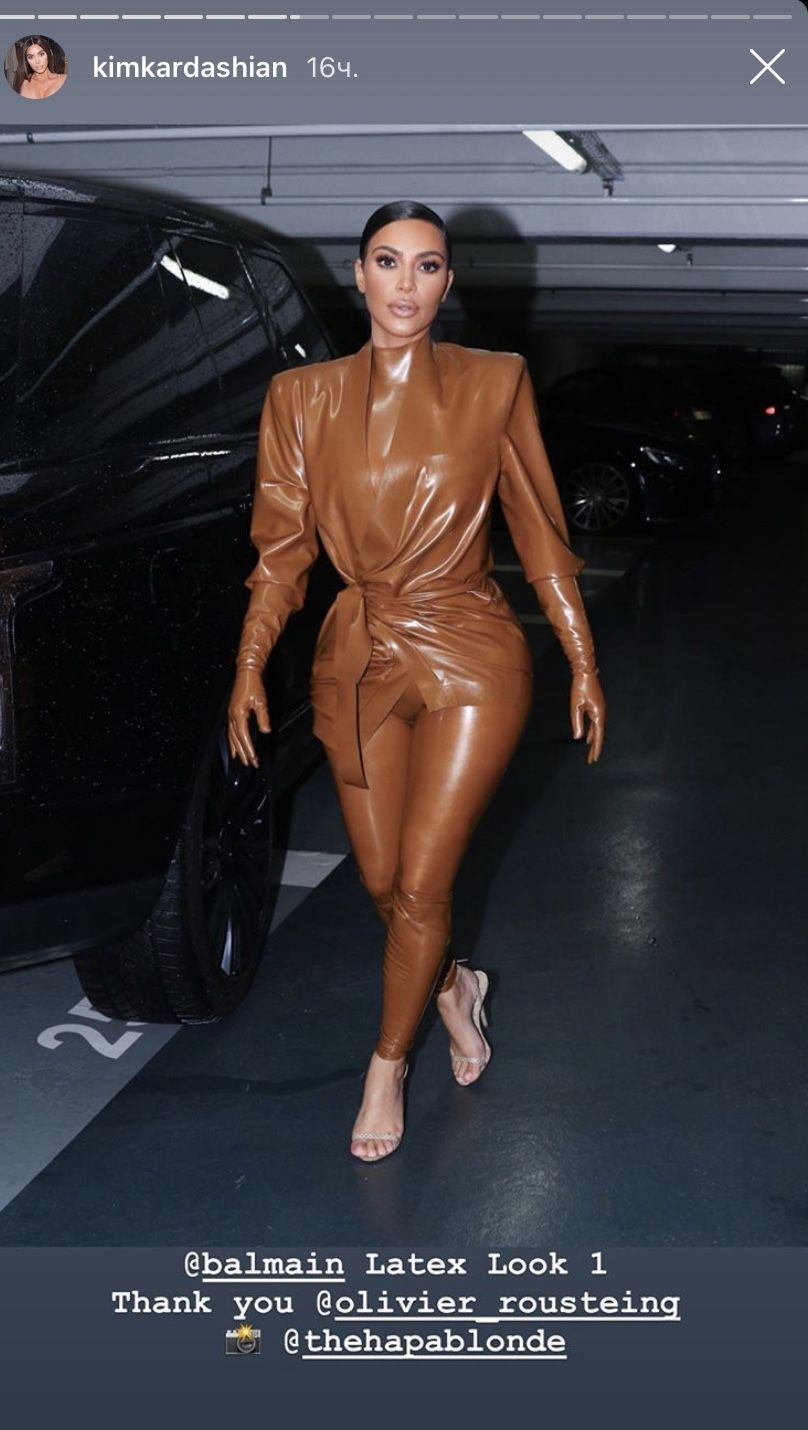 Within a few hours, Kim changed her unusual suit to ... almost the same one, only in a darker color. Kim added a jacket and massive earrings to a chocolate-colored latex turtleneck and high skinny. The mother-of-four didn’t change her hairstyle and makeup and also kept her high-heeled sandals from the first outfit.

For sure, Kim Kardashian knows how to shock and amaze the audience, but that day, she simply couldn’t be stopped: in order to take her daughter to the local fair, the star changed clothes for the third time - and again opted for latex. This time, the costume was pale pink: Kim loosened her hair and did matching makeup.