Girl’s Best Friends: 7 Most Famous Pieces of Jewelry From Movies 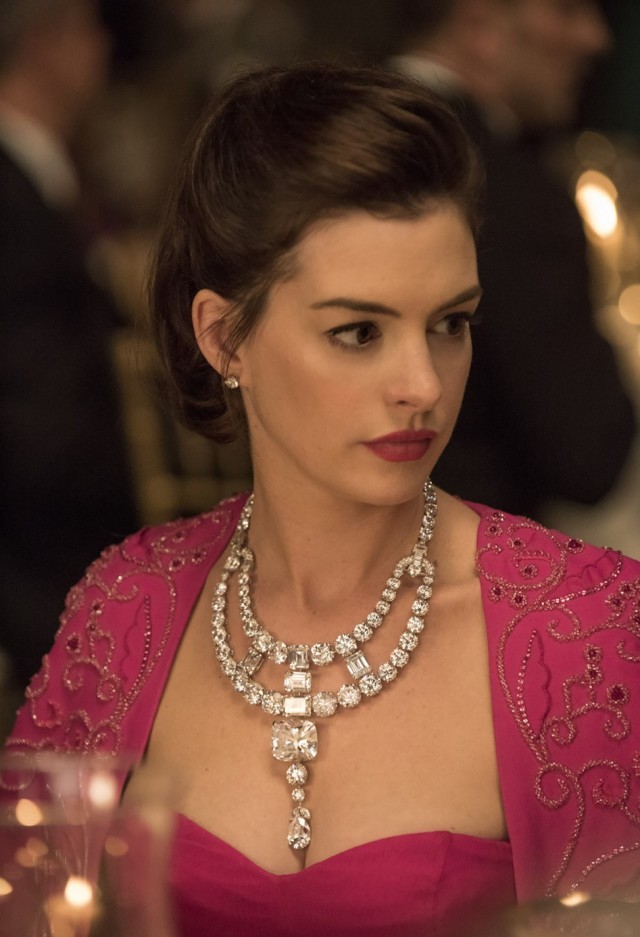 Many people think that all jewelry in the cinema is nothing but movie stuff. However, almost all the films use genuine masterpieces of jewelry. More than that, there are some films we want to review only because of that jewelry. So, we decided to compile a selection of films where not only actors shine.

Watching this film, viewers admired not only brilliant Johnny Depp and his partners. The most memorable moment of the film is the appearance of the Angelina Jolie’s heroine in a black dress with a diamond choker necklace. By the way, it was this necklace that attracted the attention of many girls. There is an unexpected fact: it turned out that the jewelry was an old tiara before. But jeweler Robert Prokop remade the tiara in a stunning necklace. This jewelry became the first item in the Angelina Jolie’s charity jewelry collection. Funds from the sale of this collection are transferred to the Education Partnership for Children of Conflict’s account. The most famous piece of jewelry in the history of cinema is rightfully considered the "Heart of the Ocean". The necklace was created specifically for the film. Surprisingly, in the original version, they used cubic zirconias and white gold. But the film’s success made Asprey & Garrard brand rethink this jewelry and add precious stones to it. Therefore, soon the necklace was redone using impressive size sapphire and diamonds. So, Celine Dion hit the Academy Awards ceremony in 1998, appearing in this masterpiece. And after that, the necklace was transferred to a charity fund and sold for several million dollars. Daisy's famous tiara was the most expensive piece of jewelry used in The Great Gatsby. The jewel looks like an openwork rim with a brooch and pendant, consisting of pearl threads. A whole jewelry collection, consisting of twenty items, was created especially for the film. All jewelry was created by a costume designer in collaboration with Tiffany & Co. The jewelry shown in the cult film is truly magnificent, but the necklace deserves special attention. Many strands of pearls intertwined with each other with the diamond in the center is a permanent mascot of the Tiffany’s company. It is this Rhapsody necklace that flaunts the neck of Audrey Hepburn’s heroine. By now, the price of this jewelry is about $3,500,000. One of the most memorable episodes of the film was the moment when the charming Richard Gere deliberately slams the box with the jewelry in front of Julia Roberts’s heroine. If you know the price of this necklace, it will become clear why Richard Gere didn’t want to give it away. During the shooting of the legendary film, armed bodyguards were responsible for the safety of the necklace. In the film about the robbery of the century, a precious necklace plays almost the main role. According to the plot, the heroine of Sandra Bullock wants to commit one of the greatest thefts of all time - to steal an expensive necklace. The whole story, of course, is the scriptwriter's fantasy, but the necklace is not. Anne Hathaway wears a replica necklace from Maharaja of Nawanagar’s collection. The necklace is called the Jeanne Toussaint. Unfortunately, the original jewelry was lost, but with the help of a preserved sketch, Cartier jewelers managed to create a copy. But its original size was slightly reduced to look perfect on Anne Hathaway’s neck. According to the plot, it was important to note the heroine’s position in society. And this was done thanks to the jewelry. The costume designer immediately rejected even the finest imitation of jewelry. Fortunately, film director Joe Wright and actress Keira Knightley have long been friends with Chanel's house. Therefore, the latter happily lent the jewelry from their Chanel Joaillerie collection for filming. Therefore, all the jewelry on the set was real. The jewelry house was so kind that it allowed costume designer Jacqueline Durran to pick up any jewelry to her taste. The main role was given to the diamond necklace that Anna Karenina puts on twice in the film - Camélia Poudré.