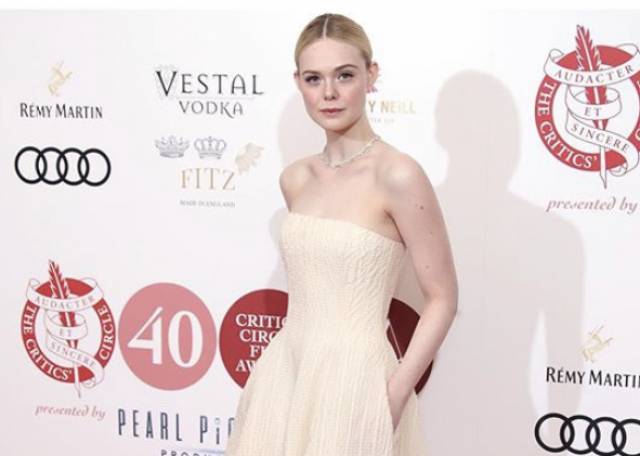 40th London Critics' Circle Film Awards 2020 was held at the five-star The May Fair hotel in London on Thursday evening. In addition to the award ceremony, the event included a charity event aimed at preventing child abuse. Bong Joon Ho’s dark class-war comedy Parasite was named the best film, but it was Elle Fanning who stole the spotlight.

The actress opted for a cream-colored Ralph Lauren dress The gown was cut with a strapless bodice that flares out at the waist to an A-line skirt. The actress has an image of a good girl, but recently, some daring starts appearing in the Elle’s looks. The Maleficent star complemented her look with a diamond choker necklace and elegant Jimmy Choo pointed stilettos to match the dress. Elegant hairstyle and neutral makeup only emphasized the chic look. Just perfect!