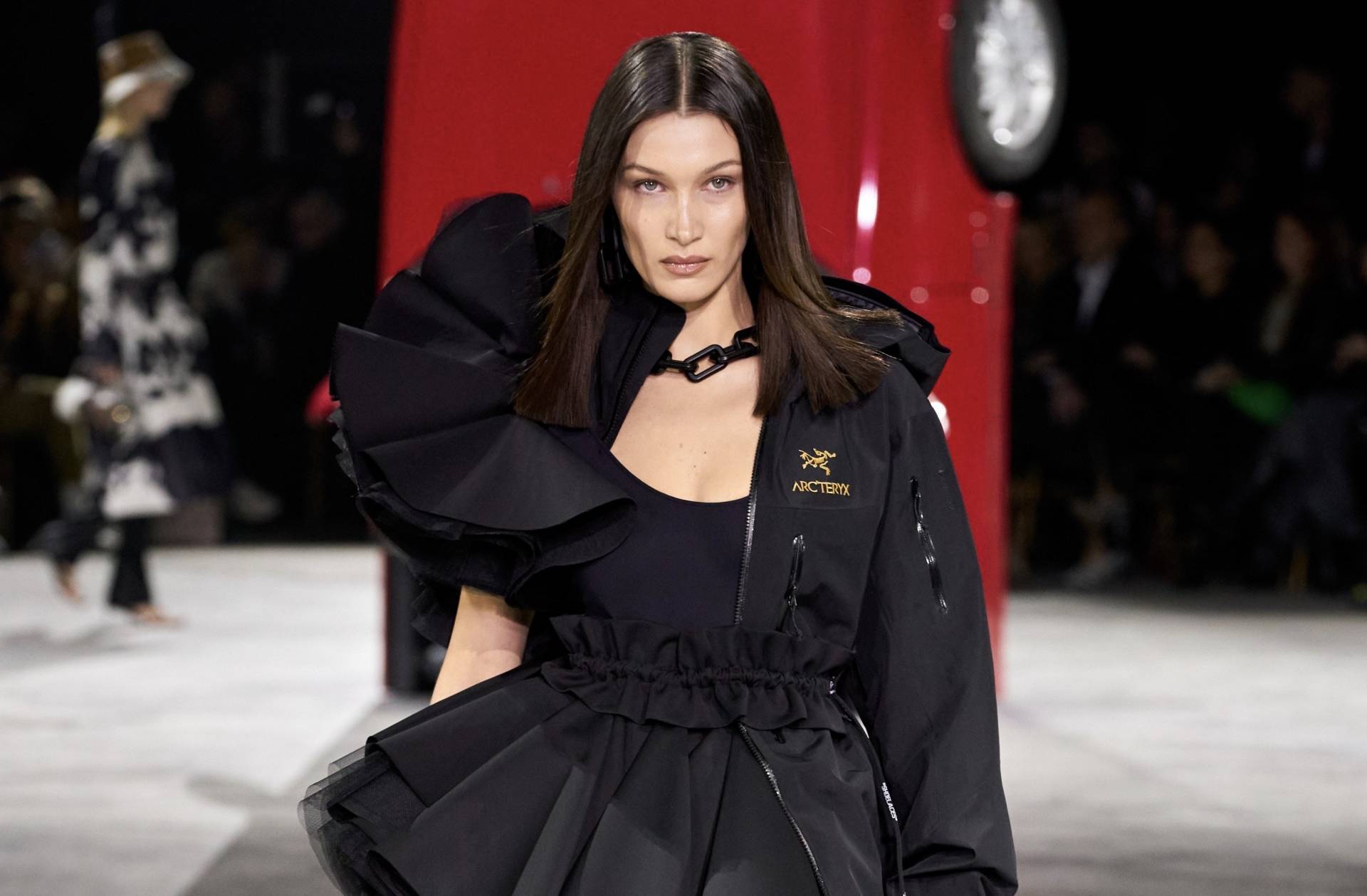 Off-White presented the new autumn collection in Parison on Thursday. This time, the designer Virgil Abloh managed to surprise the audience: the show was opened by models in ball gowns. Hoop skirts, lots of ruffles, tulle and chiffon – the day before the show, the designer shared that he was forced to change the room, because his outfits don’t get through the door – so, it wasn’t a joke. It was Bella Hadid who opened the show in a black dress with a sheer pleated skirt, ruffles at one shoulder, and the sleeve and hood of a black raincoat at the other. Model’s sister Gigi in the dress, inspired by the same principle, was honored to close the show. 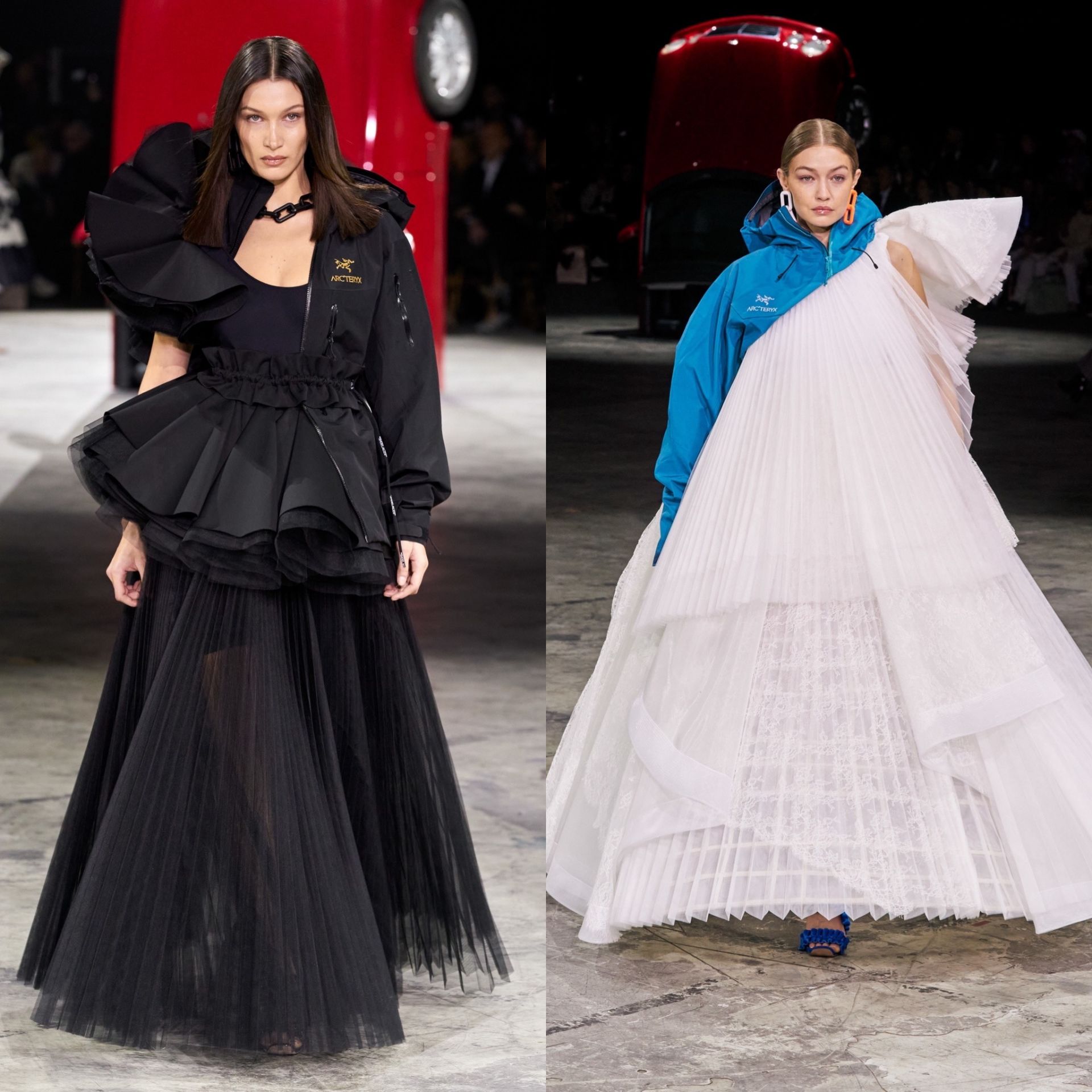 Unlike her sister, Gigi Hadid's outfit was pure white - almost bridal in style - with a massive circumference at the hem, featuring a turquoise hooded mac at one shoulder. Curly earrings - one white, one orange - and blue high heels with ruffles completed the look.

Supermodels’ mother, Yolanda Hadid (also known for a time as the model), came to support her daughters. But not as a guest. 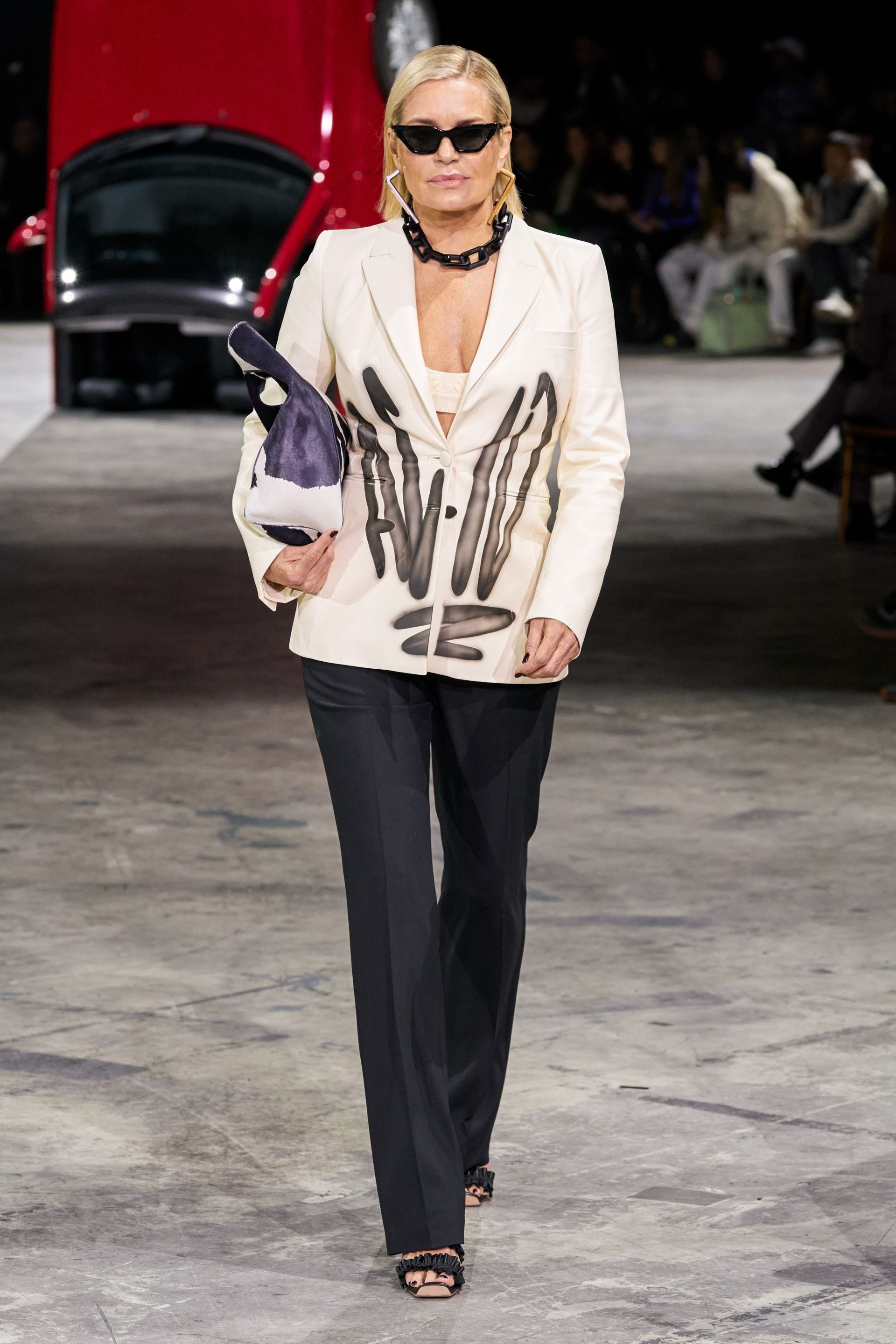 This time, Yolanda hit the runway in a white graffiti-emblazoned blazer over a white bra top. She added tailored black trousers, shades and a chain-link necklace to the look, carrying a purse to complement the get-up. Bella and Gigi Hadid clearly can be proud of their mother – the woman looked gorgeous! Karlie Kloss was a vision of beauty as she also took to the runway. The supermodel displayed her cleavage and her toned legs in an edgy corset thigh-split gown. The gorgeous gown featured a sky blue corset which teased a glimpse of her ample cleavage. The gown also featured a navy blue off-the-shoulder detail flowing into a dramatic full skirt. Despite the tight schedule, the model manages to devote most of her time to reality show "Project Runway", where Karlie is a leading.