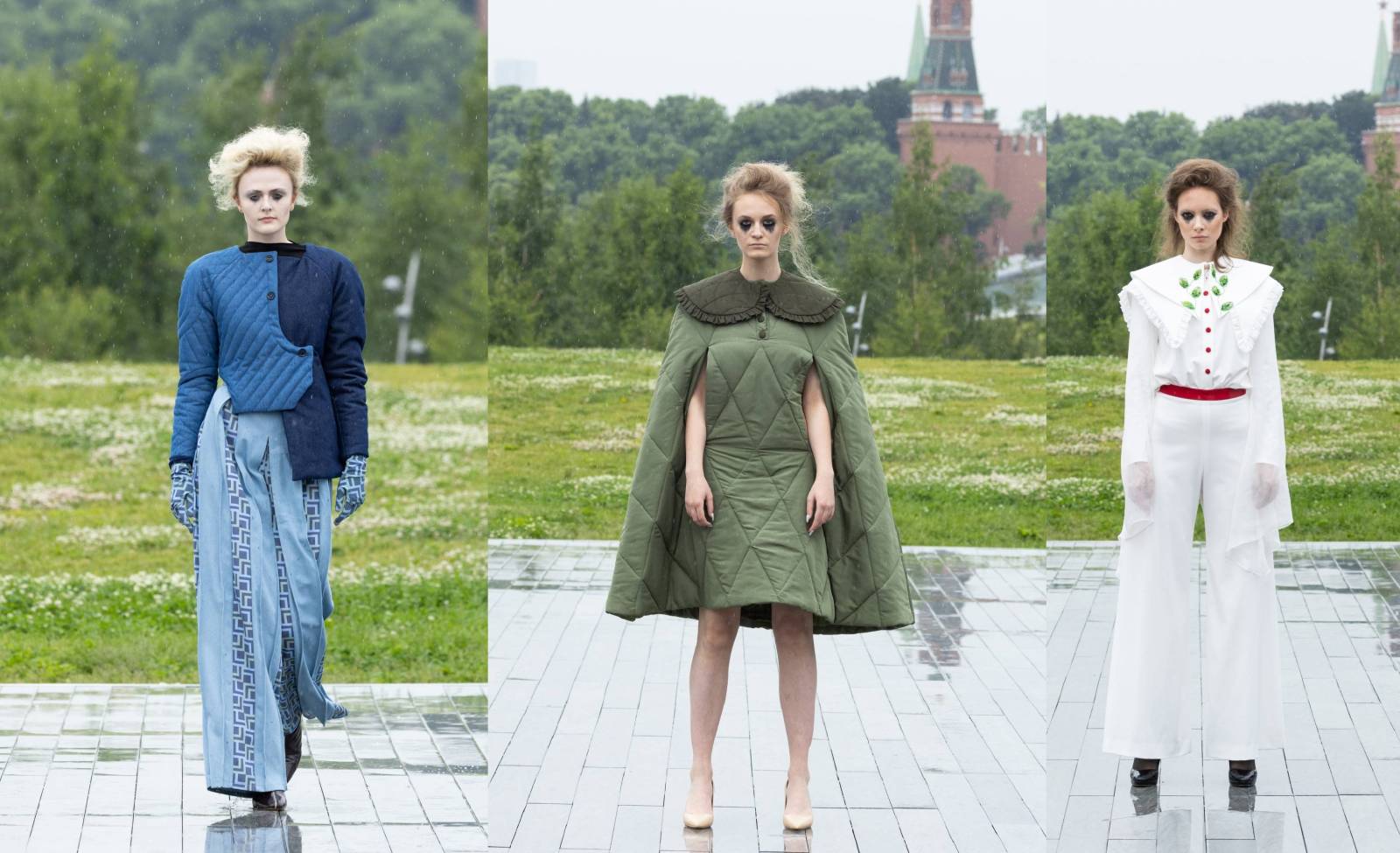 During the Moscow Fashion Week, a group show was held by students of the Moscow Institute of Art and Industry, which took place in the Great Amphitheater of the Zaryadye Park and was called “Vivat, MHPI!”. The new collection was dedicated to the celebration of the 350th anniversary of the birth of Peter I. The show began with a ballet performance in costumes with elements characteristic of that era, after which the models demonstrated the work of graduates. The main material of the collection was tulle. The main part of the joint show was made up of evening ensembles. Also on the podium, the audience was presented with translucent corsets, jackets and men's jackets with elements of deconstructivism, several images in the patchwork style. 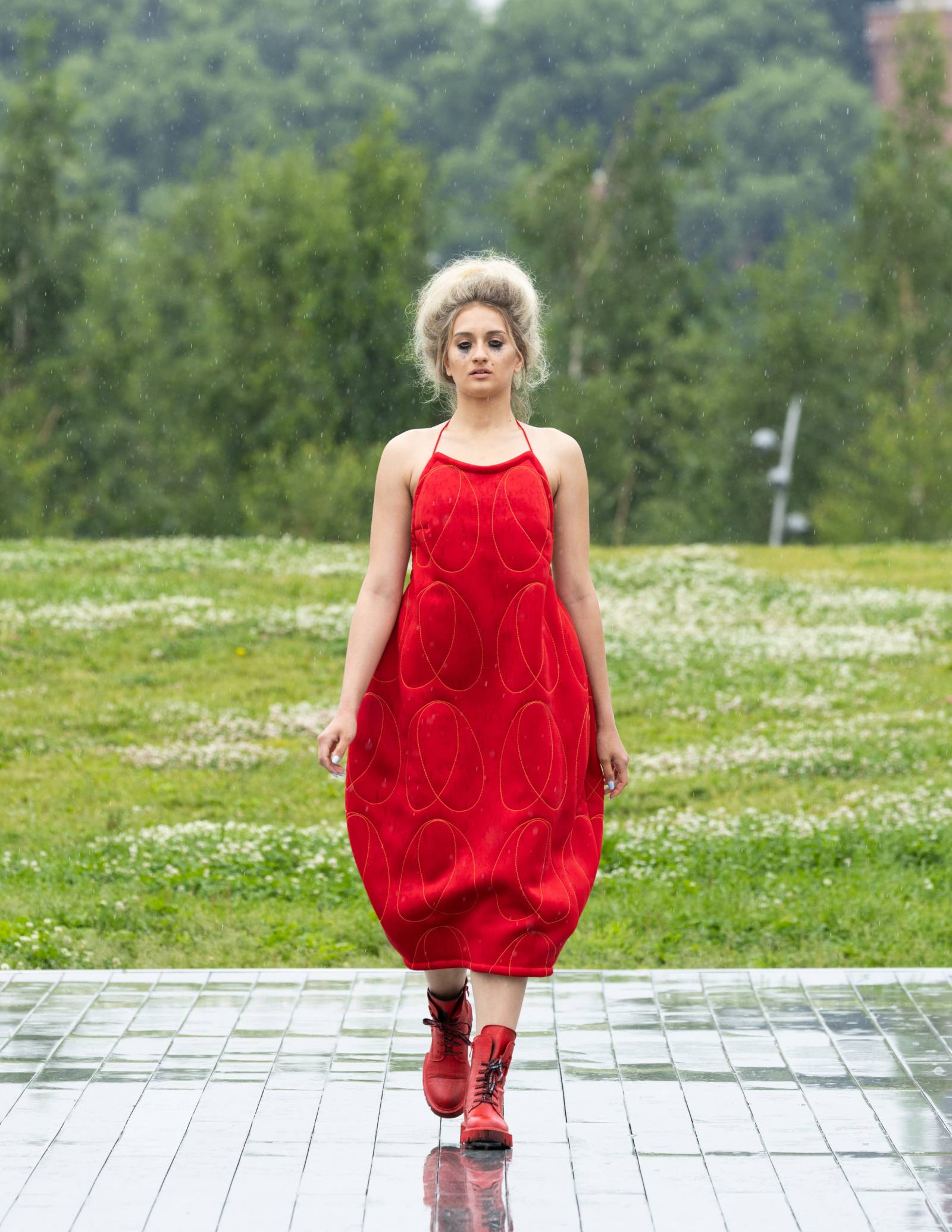 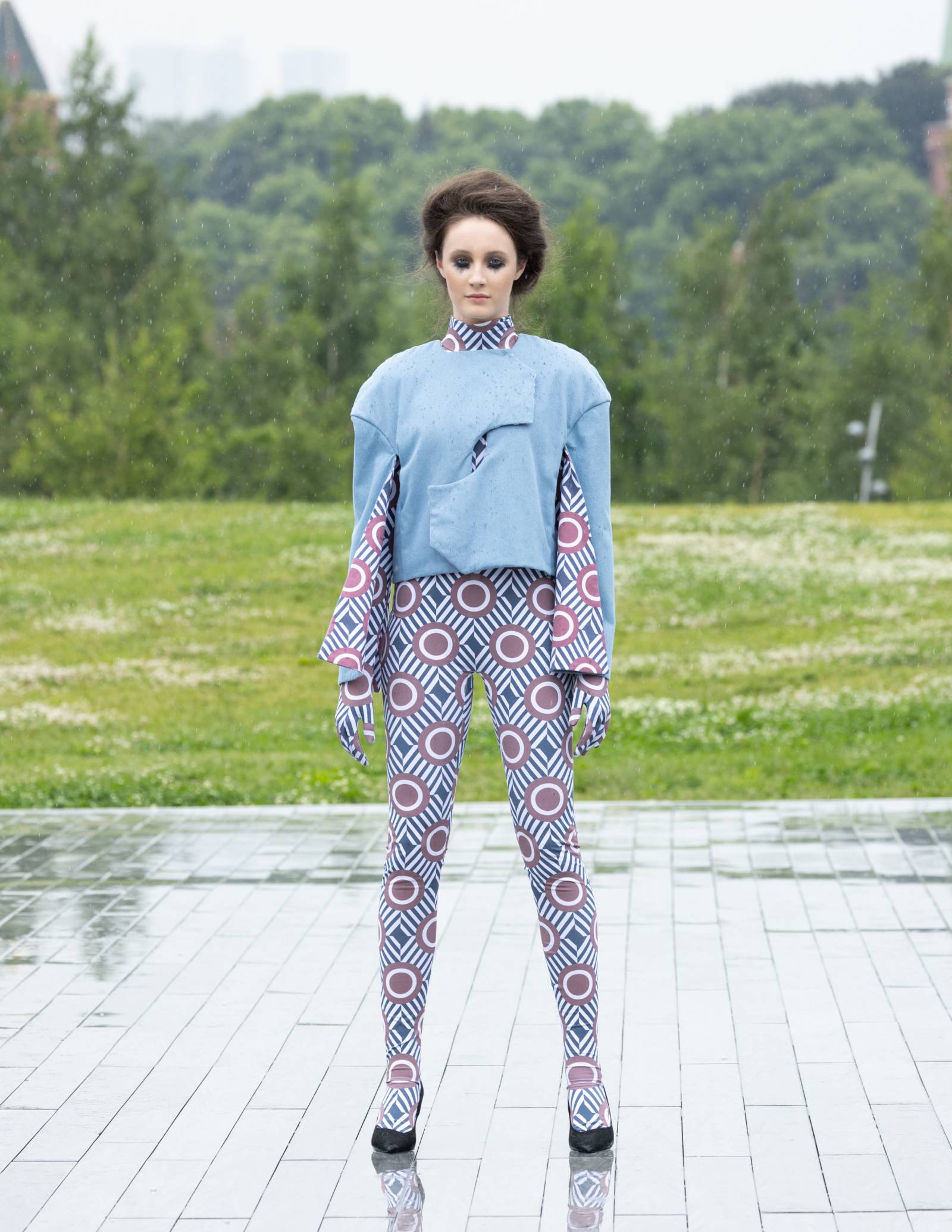 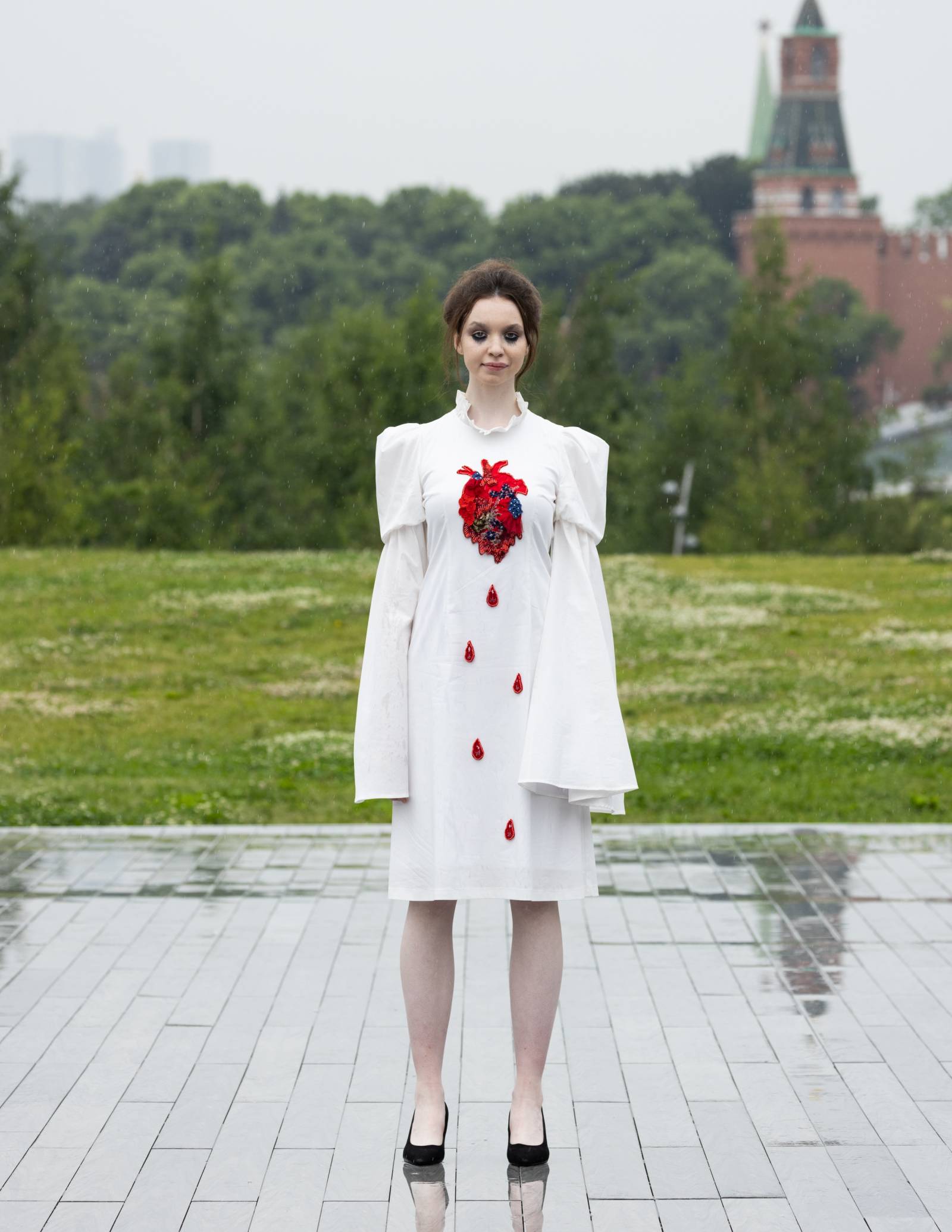 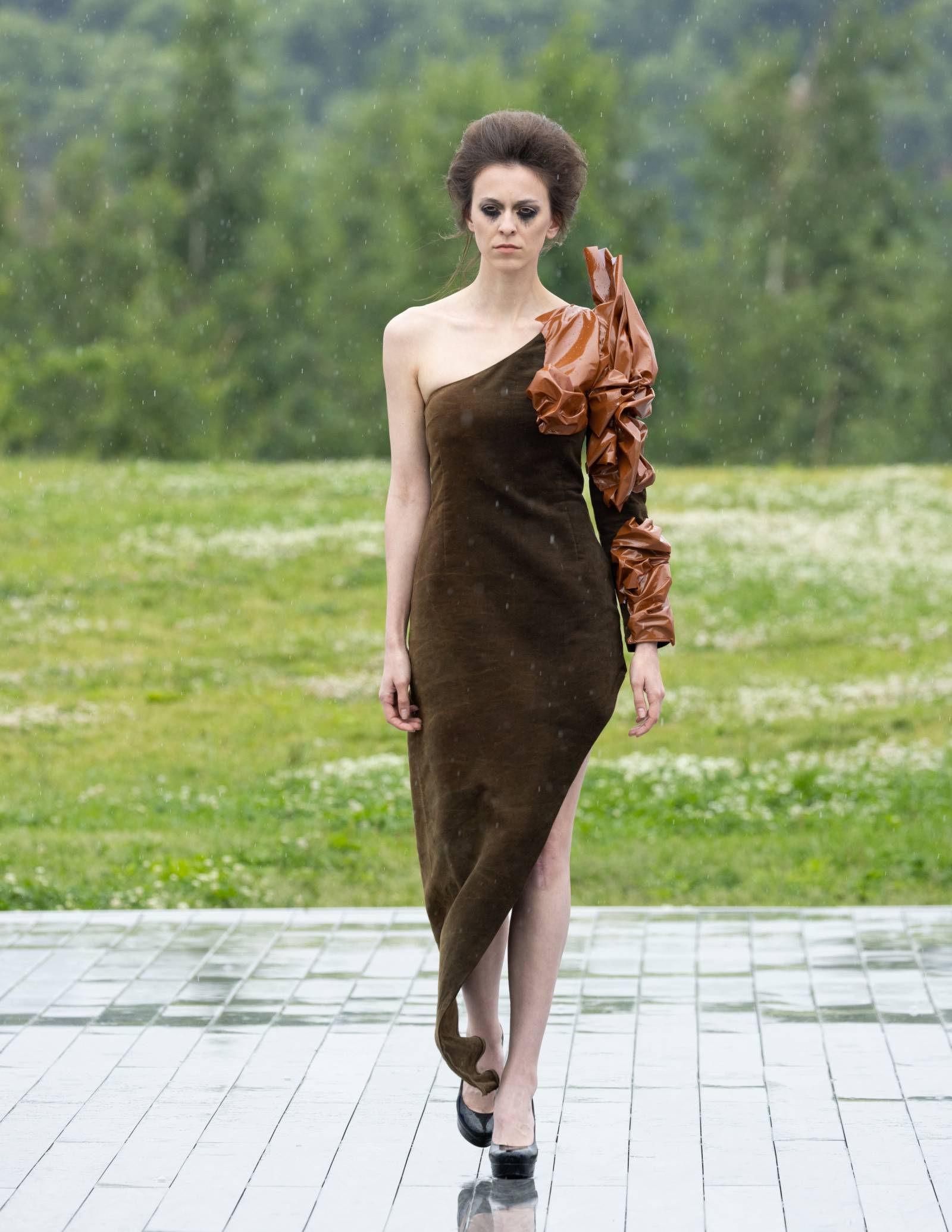