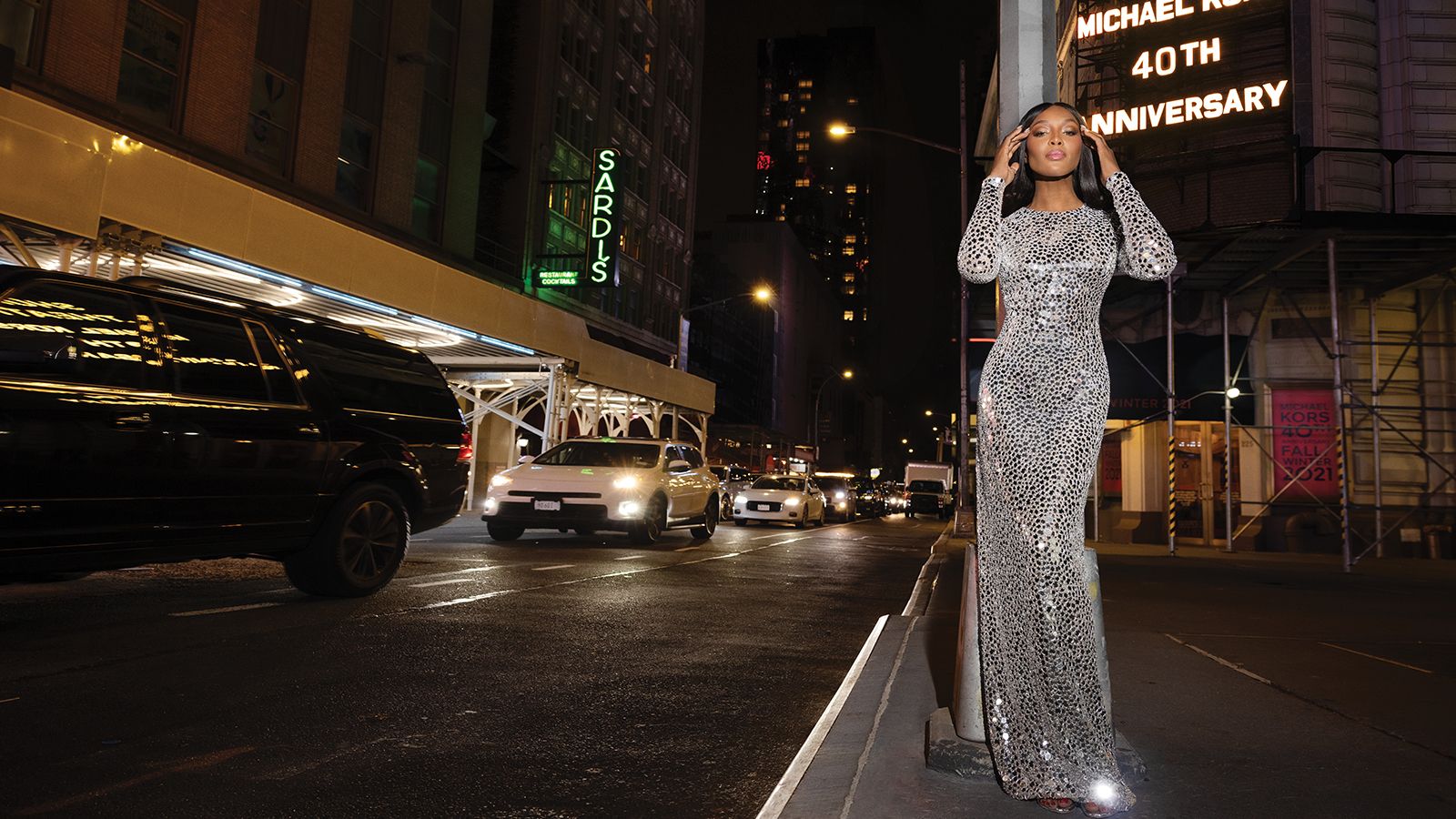 Together with some other top names in modeling including Carolyn Murphy and Liya Kebede, Naomi took part in a stylized photo session, which was worked on by the Dutch fashion photography duo Inez van Lamsweerde and Vinoodh Matadin. The campaign was shot on location in New York City in the Theatre district, a location that is near and dear to Michael Kors heart. The main goal of all campaigners was to convey the energy of New York and the atmosphere of a glamorous evening in the city.

“When I look back over 40 years, I think about all the amazing memories, energy and fabulous people that New York City has brought to my life and my career,” said Kors in a statement. “This collection, and this campaign, is a celebration of the rebirth of city life—of stepping out, finding the joy in getting dressed and making the streets your runway. It’s my fantasy night out in the Theater District.”