Most Stunning Star Dresses from the Golden Globes 2020 | World Fashion Channel
Our site uses cookies and similar technologies to ensure the best user experience by providing personalized information, remembering marketing and product preferences, and helping you get the right information. By continuing to browse this site you agree to our use of cookies following this notice concerning this type of file. If you do not agree that we use this type of file, then you must set your browser settings accordingly or not use the wfc.tv website. 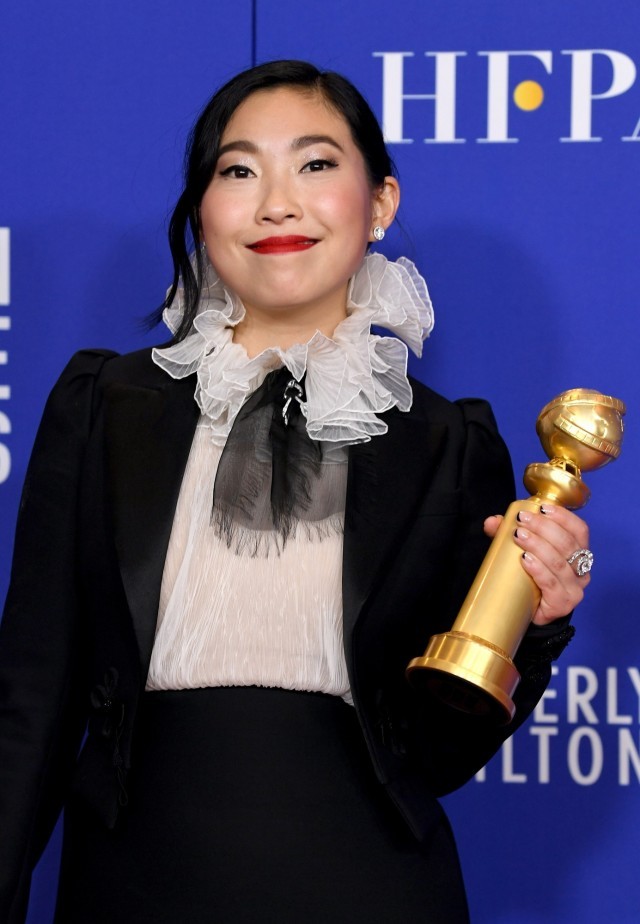 Two Bites at the Apple: Kate Middleton at BAFTA Award

The best looks from the red carpet.

The 77th Golden Globes 2020 Awards ceremony was held in Los Angeles. Golden Globes are among the year's highest honors in film, television and Fashion, and this year is no exception to that rule. Flowing silk, shimmering satin, dramatic organza, puffy bows and long train dresses, high heels, miniature clutches and, of course, brilliance of diamonds are the main attributes of the red carpet. This prestigious ceremony marks the beginning of awards show season, and many celebrities received their first unofficial award in the new year, getting on the best dressed list for a well-chosen outfit.

The 47-year-old actress arrived at the 2020 Golden Globes in a strapless baby blue Armani Privé gown, featuring a thigh-high slit and crystal-embroidered piping. “Best Actress” winner pulled her blonde hair back in a loose updo and wore a soft pink lipstick. She accessorized with matching Jimmy Choo pumps and a gold cuff. The actress wore a beautiful gown and was merely radiant as she posed for photos on the red carpet. For the event, Michelle wore a chiffon peach-orange toga-style gown flowed and draped her body perfectly. She completed the look with a glam set of gorgeous Tiffany & Co. jewels and wore her hair with a slight wave

Juicy yellow is one of the most winning colors on the red carpets, just recall the Jennifer Lopez’s look at the Golden Globes in 2016. This year, Zoe Deutsch decided to repeat J Lo’s fashionable triumph and was not mistaken.  Deutch slicked back her hair and wore a Fendi Couture made-to-measure wool flared mustard jumpsuit with a deep V to ensure that the focus was on her necklace, a giant, glittering pièce de résistance with a deep blue sapphire, and the matching earrings. In a tweet, Harry Winston noted that Deutch was wearing more than 110 carats of diamonds and sapphires from the jeweler.

And Australian actress Cate Blanchett  certainly didn't disappoint when she arrived at the Golden Globes in Beverly Hills. The 50-year-old put on a showstopping display in a lemon column frock by Mary Katrantzou. It was an interesting choice of gown for Cate, but the addition of frilled bolero sleeves gave it a touch of old Hollywood glamour. The dress had an embroidered bralette forming the shapes of Greek goddess, and Swarovski crystals covered the bodice. She completed her look by pulling back her blonde hair to highlight her flawless porcelain complexion. 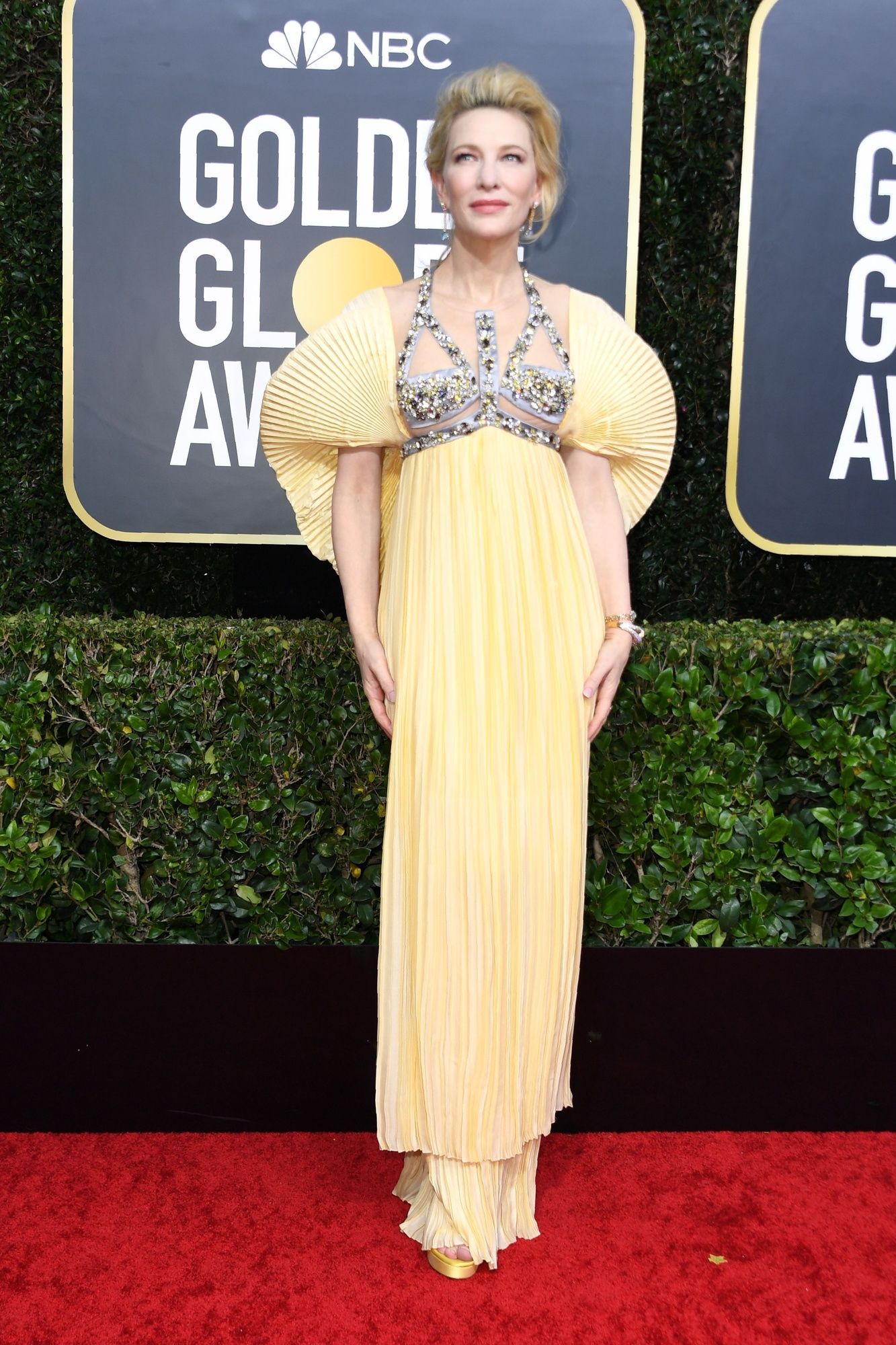 The face of the Chanel perfume line Margot Robbie hit the red carpet in total Chanel look. The Australian beauty, 29, swapped the traditional awards show gown for a dazzling strapless metallic jacquard top by Chanel and long ivory satin skirt.  She styled her hair in a middle parting and opted for a glamorous makeup palette.

The actress wore a beautiful gown and was merely radiant as she posed for photos on the red carpet. For the annual event, Nicole rocked a fiery red strapless dress that wowed on the red carpet. She kept jewelry to a minimum and completed the look with a pair of golden tassel earrings and wore her signature blond locks down

The fiercely fashionable Priyanka Chopra opted for an off-shoulder hot pink dress with a cute train, customised in the studios of designer Cristina Ottaviano. Priyanka accessorised with a diamond neckpiece by Bvlgari and a pair of simple studs. Red carpet queen Priyanka wore her hair in soft retro waves and that's it - simplicity is the key! Actress and singer Zoe Kravitz clearly showed how you can adapt a fashionable print to the red carpet. The Big Little Lies star opted for a polka-dot-print gown. Her off-the-shoulder number featured three-quarter sleeves and was covered in two types of polka-dot prints. The top half had a small polka-dot pattern, while the skirt featured a bigger version of the print. The column gown also had a satin bow around the waist. She finished her Globes outfit with a pair of strappy black heels. 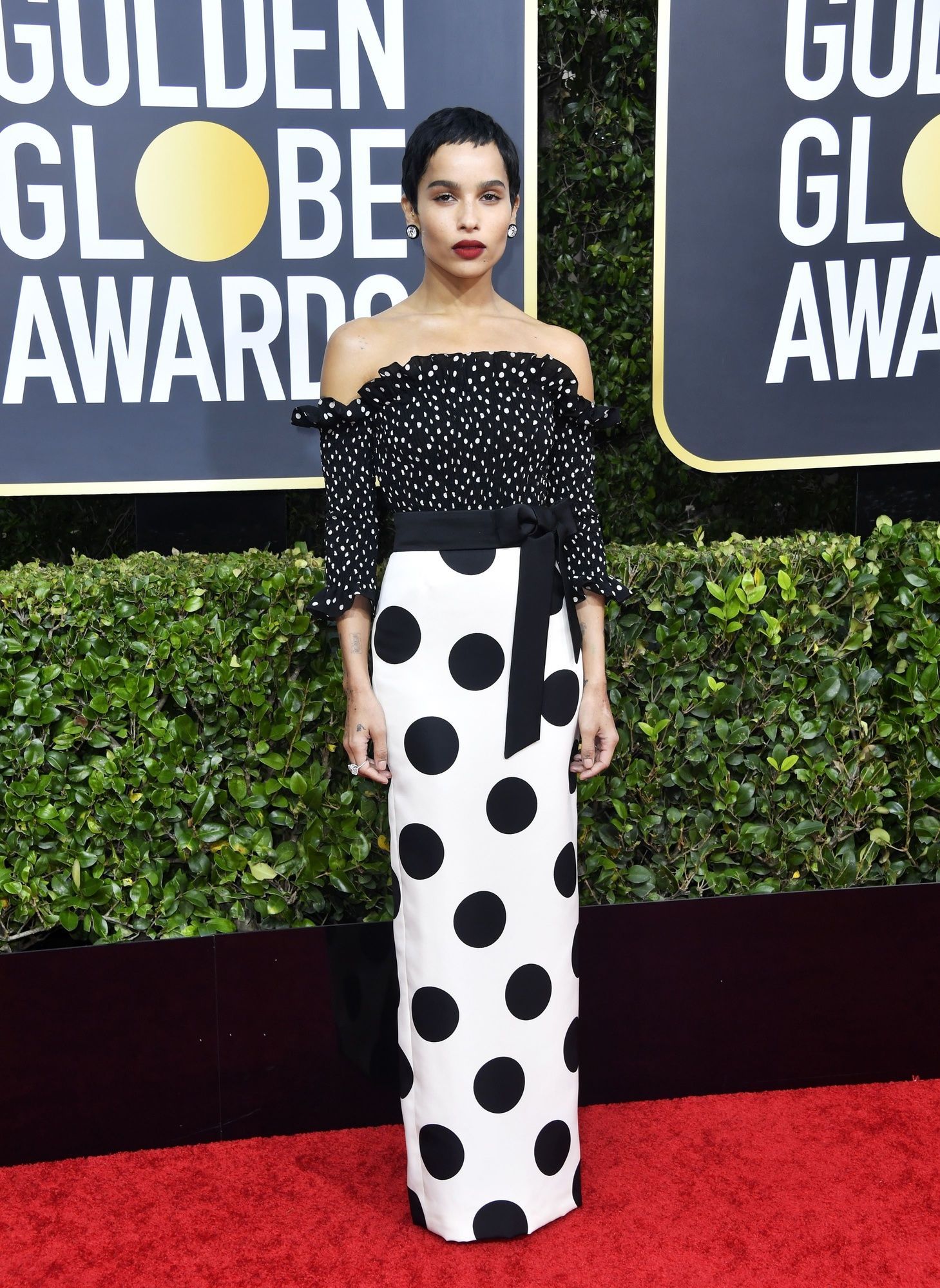 Kerry Washington had jaws dropping when she hit the Golden Globe Awards red carpet in one of the night’s most daring looks. The actress and presenter, 42, chose an Altuzarra blazer and skirt from the label’s Pre-Fall 2020 collection which featured dazzling jewelry attached to the skirt that draped over her bare chest. She also wore a diamond ring and earrings by Marli New York.