Recently, there has been a surge of interest in vegetarianism. Many people make the decision to refuse meat food. The vegetarian lifestyle is shrouded in a wide variety of myths. Let's try to deal with the most common illusions and misconceptions about vegetarianism.

There is not enough protein in the vegetarian diet.

A protein is a molecular chain consisting of amino acids. In plant products (cereals, legumes, nuts) one or more essential amino acids are missing (except cedar nut and spirulina algae, which contain all the essential amino acids). The problem is solved by a combination of cereals and legumes. Combining cereals (rice, wheat, etc.) and legumes (beans, soybeans, lentils, beans, peas), you can get a complete protein. For example, at lunch you can eat rice with beans and vegetables.

Vegetarian deficiency anemia can develop from vegetarianism In addition to meat, dairy products and eggs, iron contains products such as: oranges, peanuts, eggplants, bananas, raisins, figs, zucchini and others. However, in order to absorb iron from food of plant origin, the so-called non-heme iron, iron-rich plant foods must be consumed in conjunction with foods rich in vitamin C (for example, lemon juice, parsley or vegetables rich in vitamin C). The iron of vegetables and fruits rich in vitamin C is well absorbed. Especially useful to add to the food parsley and dill. Rosehip tea is an excellent means of replenishing iron and vitamin C in the body. Coarse meal products contain the whole range of mineral elements. In addition, the fact that iron deficiency anemia occurs not only among vegetarians is evidence that in modern medicine is called «psychosomatics». It is proved that about 85% of all diseases have psychological causes. Vegetarian food is expensive This is not true. Suffice it to recall the cost of meat, which is one of the most expensive products in our stores. Vegetarian type of food in general can be called economical. Vegetarians are less energetic In fact, most people who switch to vegetarianism, note a surge of strength and say that they have more energy after switching to a vegetable diet. If you feel a lack of energy, most likely, you just do not get enough vitamin B12 and iron. Who are healthier - vegetarians against meat eaters A vegetarian guide published in the UK states that vegetarians are the healthiest people on the planet and live an average of nine years longer than meat eaters. But for some reason there is no evidence that a healthy vegetarian diet, compared with a healthy omnivorous diet, will lead to an increase in life expectancy. Longevity is not affected by vegetarianism, but by lifestyle, which includes the rejection of harmful foods, smoking, and alcohol.

All vegetarians are emaciated and unhealthy-looking

Famous actress Alicia Silverstone was recognized as the sexiest vegetarian in the world. «The transition to Quetarism is probably the best thing I've done in my life. I became happier and more confident. I made a decision based on my moral principles»

Pregnant women and children need to eat meat During the first years of his life, the child grows and gains weight several times. It is believed that by six months the weight of the child should double, and by the year - to triple. All this time he eats milk. Therefore, talk about the fact that meat is indispensable - untenable. In 2011, Alicia Silverstone, who was recognized as the sexiest vegetarian in the world, dispelled the myth about the dangers of vegetarianism for pregnant women and gave birth to a beautiful healthy baby. Uma Thurman - a famous actress who demonstrates excellent physical form in films - a vegetarian from the age of 11, is the mother of two children. 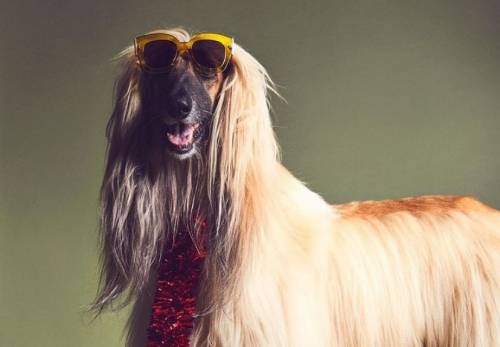 Made in Britain: JW Anderson unveils a collection made of leftover fabrics