Now it's official! Gigi Hadid is Expecting Her First Child with Zayn Malik While Bella Hadid is filming for FaceTime magazines and advertising companies, her older sister Gigi is getting ready to become a mother! Last week, the supermodel celebrated her 25th anniversary, and the very next day after that the media were exploded with the news about Gigi's pregnancy. Hadid confirmed this information only yesterday, becoming a guest at The Tonight Show Starring Jimmy Fallon.

The host could not restrain his joy and delight from this news, so he began the conversation with congratulations to the expectant mother. "Congratulations on expecting a baby! That's the best news ever!" – he said.

In response, Gigi beamed with an embarrassed and at the same time happy smile, thanking Fallon and saying:

"Obviously we wished we could have announced it on our own terms, but we're very excited and happy and grateful for everyone's well wishes."

The father of the child is a British singer and model Zayn Malik. The couple met in 2015 and over 5 years of relationship, they broke up several times but reunited again.

Yolanda Hadid, Gigi's mother, is no less excited than her daughter because she will become a grandmother! "I'm excited to become oma in September, especially after I lost my mom so recently. But this is the beauty of life: One soul leaves us and a new one comes in. We feel very blessed,"- said Yolanda in her interview with the Dutch edition of RTL Boulevard.

Gigi is 20 weeks pregnant, and rumors say that the couple is expecting a girl, but the model herself has not yet confirmed this information. 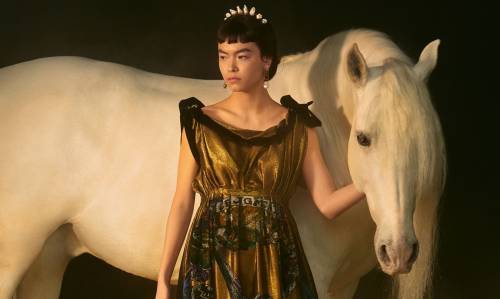