Home / Articles / Fashion / On the Edge: Royals’ Most Daring Looks 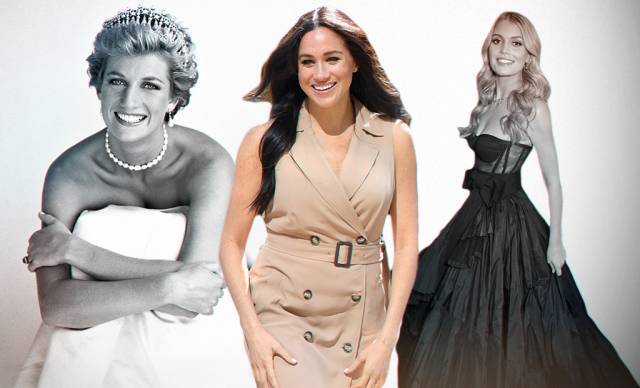 Sometimes, even titled ladies break a strict dress code. We’re going to show you the most daring looks that members of the British Royal family allow themselves from time to time.

Do you remember the movie "Roman holiday", when the young Princess Anna, performed by Audrey Hepburn, is bored with Royal life and wants to spend at least one day like a normal person? For sure, many members of Royal families share the same dream, otherwise how to explain their daring (by the standards of the dress code) going outs. We decided to recall the most revealing outfits of the members of the British Royal family, which caused a stir not only among the media but among the public.

Usually, Kate Middleton does not violate the Royal dress code, so any hint of frankness in her looks causes a heated discussion. In a powdery blue Jenny Packham dress with semi-transparent sleeves, Kate appeared at the premiere of one of the Bond series in 2015. At first glance, the dress made of flowing fabric looks modest and chaste, but the cut on the back and the lack of underwear made Kate Middleton the Queen of the evening. The press discussed the Duchess of Cambridge's outspoken outfit for a long time.

Previously, Kate was often accused of the length of some of her dresses does not correspond to the status. Light, weightless dresses often failed the Duchess of Cambridge, and she got into awkward situations several times due to gusts of wind. However, Kate has found a way to avoid these unpleasant moments: now a team of tailors sew miniature weights into the hem of her dresses. Today, the Duchess manages to combine fashion trends with traditions, while maintaining the Royal dress code.

Despite the fact that Meghan Markle changed her style significantly after her wedding to the Prince, sometimes she continues to take risks and experiment. Meghan seems to break the Royal dress code more often than anyone else: it happens that the Duchess of Sussex ignores transparent nylon tights and often appears in public in trousers or dresses that are above the knees. Meghan is not afraid to wear semi-transparent blouses or dresses with open shoulders. As Michael Kors observed: "The Duchess of Sussex makes the traditional wardrobe of royalty fashionable".

Second cousin of princes Harry and William, Amelia, has more freedom in matters of style, although she belongs to the Royal family (the girl is 37th in line for the British throne). Amelia keeps her ******* account, dreams of becoming a fashion journalist in the future, and (Oh, my God!) she even has tattoos. Most of the time, the girl opts for outfits that match her age and style, but sometimes Amelia allows herself very explicit looks. We hope that Elizabeth II does not have her great-niece’s *******.

It goes without saying, the most revealing outfit in the history of the Royal family is considered to be a black velvet dress in which Princess Diana appeared at the Vanity Fair party. In one dress, all the rules of Royal etiquette were violated: length above the knees, open shoulders, and a deep-V. Initially, Princess Diana planned to appear at the event in a Valentino dress, but the reason for the look’s change was the news of her husband's relationship with Camilla Parker-Bowles. Diana wanted to look dazzling that night, and she succeeded. Since then, this dress has been called the "revenge dress".

Despite her aristocratic background, Princess Diana's niece leads an active social life and does not hesitate to appear in public in very explicit outfits. There are a lot of snaps in bathing suits and daring dresses on her *******.

Kitty works as a model, and her own earnings give her the opportunity to feel determined and independent. Therefore, the daughter of count Charles Spencer chooses her outfits for social events regardless of the Royal dress code.