Walk of Fame Instead of Runway, Jared Leto's Way Out, Måneskin's Appearance and Other Surprises at Gucci’s “Love Parade” | World Fashion Channel
Our site uses cookies and similar technologies to ensure the best user experience by providing personalized information, remembering marketing and product preferences, and helping you get the right information. By continuing to browse this site you agree to our use of cookies following this notice concerning this type of file. If you do not agree that we use this type of file, then you must set your browser settings accordingly or not use the wfc.tv website.

Home / Articles / Fashion / Walk of Fame Instead of Runway, Jared Leto's Way Out, Måneskin's Appearance and Other Surprises at Gucci’s “Love Parade”
Translated by: Tamila Kurbanova

Last evening, fashion industry’s fans focused all their attention on Los Angeles, where the long-awaited Gucci “Love Parade” took place. The fashion show was dedicated to the 100th anniversary of the Italian fashion house. In honor of the significant date, the creative director of the brand, Alessandro Michele, prepared many surprises for the guests and viewers of the show.

And the first surprise was the venue of the show - instead of the runway, the show participants defiled along the legendary Hollywood Boulevard, which is also called the Walk of Fame. This iconic place was not chosen by chance: the designer was inspired by the looks of heroes from the classics of cinema - Elizabeth Taylor from Cleopatra, Judy Garland from Ziegfield Girls, as well as Marilyn Monroe’s heroine and many other stars of the Golden Era of Hollywood. 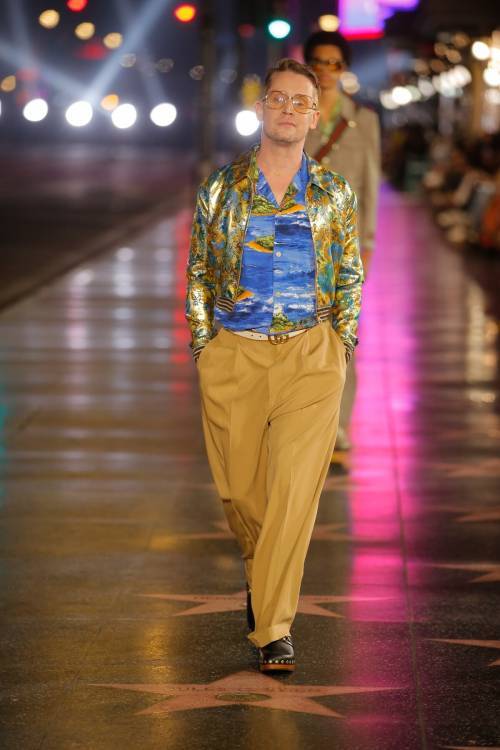 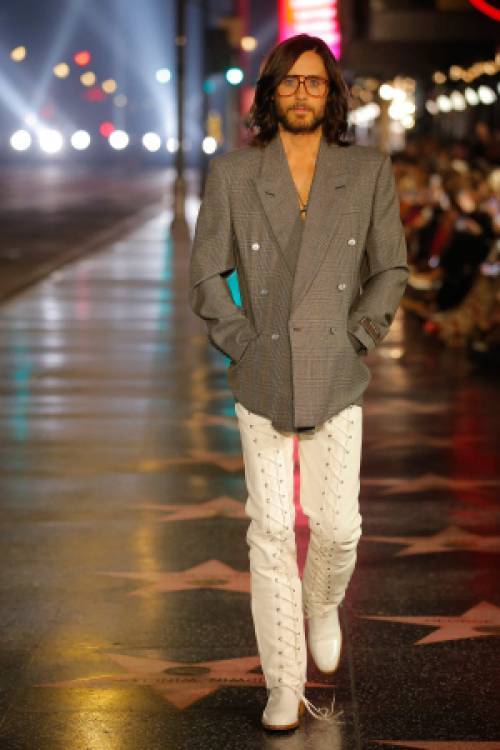 The cast of the show was equally stellar. Jared Leto, who has long been a fan of the brand, hit the podium. Home Alone star, Macaulay Culkin, was also honored to be among the first to try on new fashionable looks from Alessandro Michele.

No less excitement was caused by the appearance of new brand ambassadors and Eurovision winners, Måneskin group, who came to support the designer and his team. Also among the guests were Gwyneth Paltrow, Dakota Johnson and Billie Eilish. 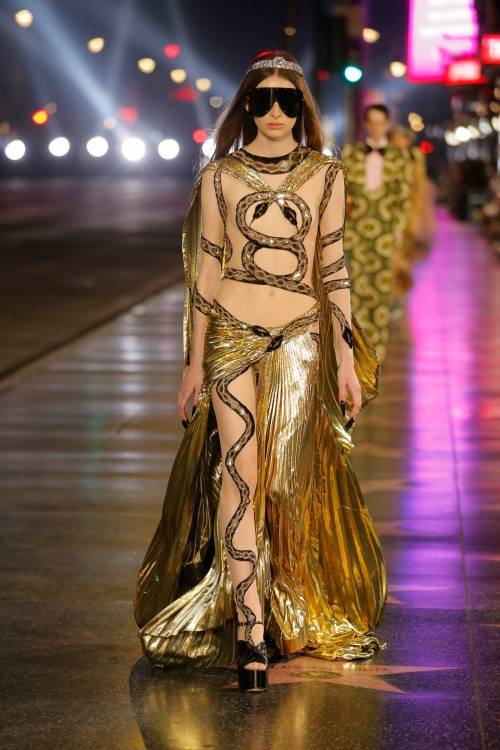 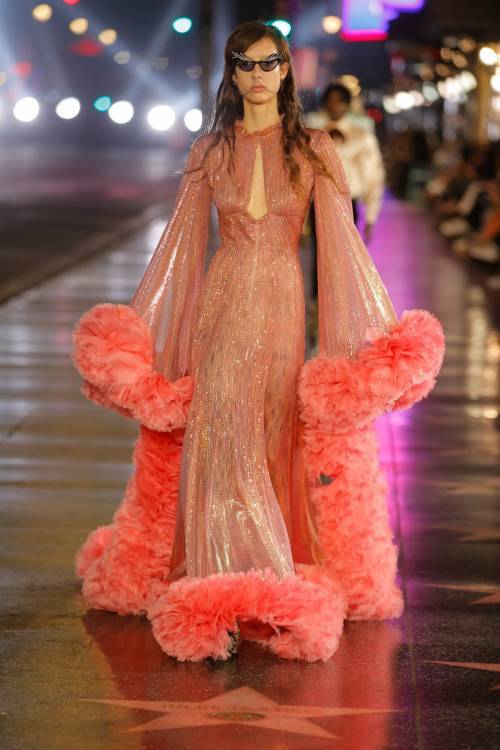 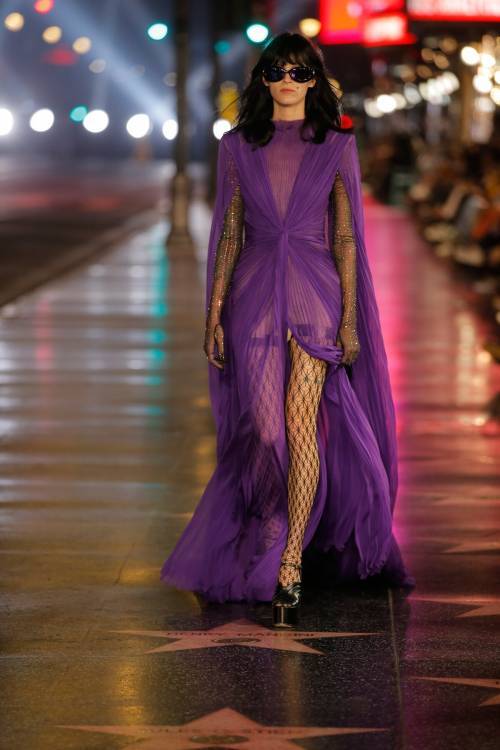 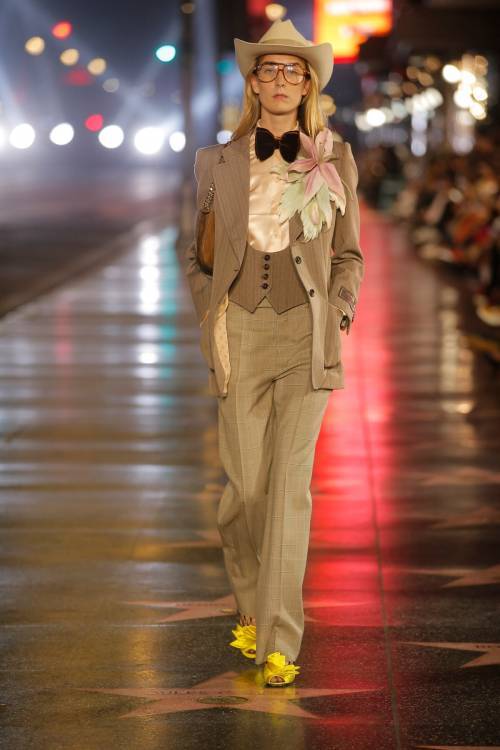 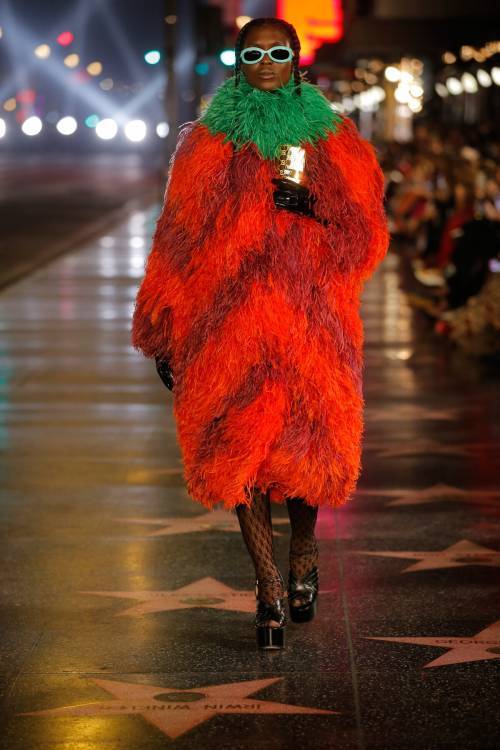 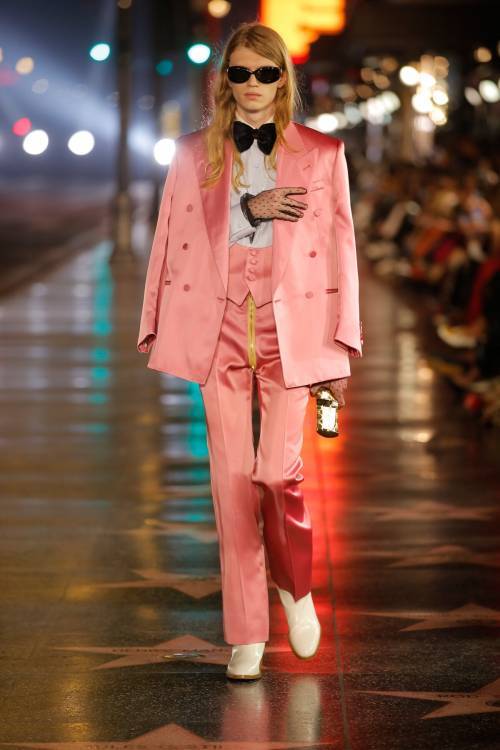 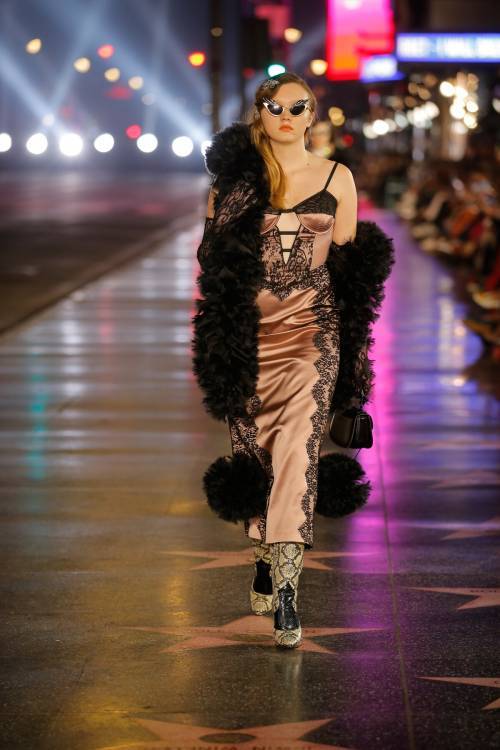 Gucci looks deserve the main attention: dresses in retro style, elegant trouser suits and three-piece suits in the spirit of old Hollywood, jackets with pointed shoulders in the style of Dita Von Teese, spectacular fur coats made of feathers, a silver dress with an asymmetrical neckline, translucent and boudoir dresses, Hawaiian shirts and other wardrobe items that can be easily imagined on the heroes of romantic films, action films and even thrillers.