That’s never been a time with so many good TV shows to watch. We’ve compiled a selection of the most popular and interesting series of 2019, which must be definitely reviewed on New Year holidays.

The series from the creators of Desperate Housewives simply couldn’t be a failure. The New TV show was immediately assigned to the category of "dark-comedy drama". The series follows three women from different decades. It turned out that at any time, the fair sex is faced with problems in married life. Judging by the tittle, the series was created about women and for women. However, the premiere captivated men, too. Shortly before the first season concluded, the series was renewed for a second season. Therefore, it is definitely worth revisiting the acclaimed series in order to be in the know about all the events. 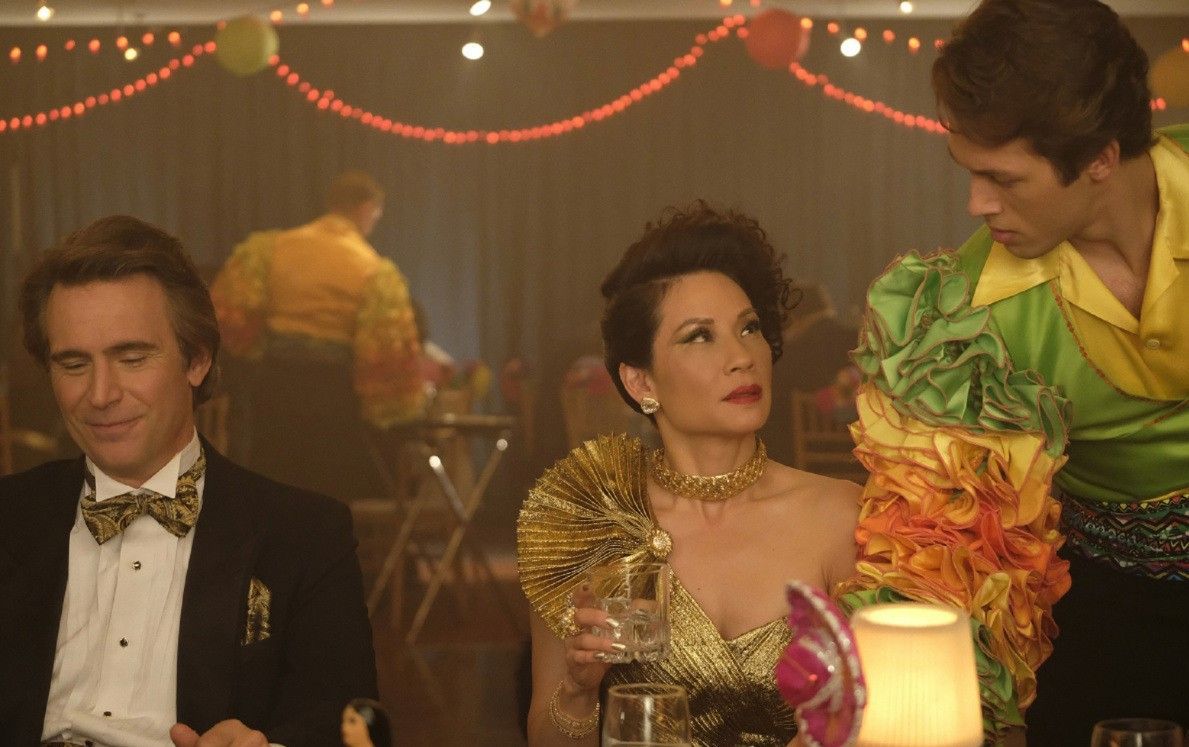 In February 2019, Netflix renewed Sex Education for a second series that will be released on 17 January 2020. A stylish and funny series that tells about schoolchildren experiencing typical problems of growing up.  The series immediately had a lot of fans who were very sorry that they hadn’t come up with such a story when they were in their teens. Sex education addresses such topics as relationships with parents, early abortion, orientation, etc. Each topic has been carefully worked out. Any character, even a secondary one, is perfectly spelled out. Many have revised the series several times back in 2019. So why don’t you do it in 2020? 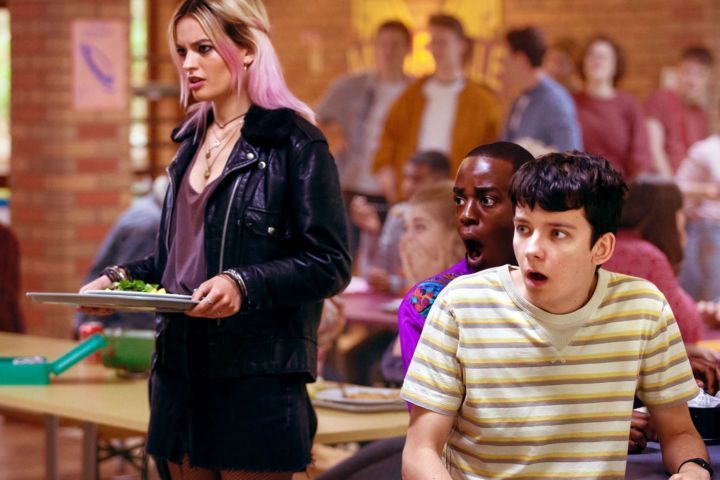 In 2019, another series about teenagers conquered a fairly adult audience. If you compare it with the previous series, then Euphoria is much tougher and more cynical. It raised hot topics that many teenagers really encounter: drug addiction, violence, loneliness. Some scenes are hard to watch because of the tangible pain protagonists suffer. However, the director managed to smooth out the sharp corners a bit with the help of a colorful picture. Euphoria is one of the most fashionable series about gloomy moments in adolescents’ lives. The shimmering glitter on actors’ faces and the juicy colors in the teenagers’ clothes immediately became trendy. Billie Eilish’s music is special pleasure. Probably, this is the best look at the generation born after 9/11 we’ve seen on TV yet.

Chernobyl has become one of the most talked about series of 2019. This series overshadowed all previous pictures about the disaster at the Chernobyl Nuclear Power Plant. The creators managed not only to thoroughly register all the details of that era, but also to captivate the viewer with good drama. The creators did their best: they showed not only the main characters, but also ordinary people who were the first to take a blow at themselves. The series managed to remind of the tragedy that occurred more than thirty years ago. A wonderful star cast, led by Jennifer Aniston, Reese Witherspoon and others, holds us steady during this psychological thriller. The series could well have become a passing one, but the creators have relied on the today’s pressing problems. The series touches on such topics as the power of women, harassment, relationships, and boundaries of responsibility. The Morning Show is exactly that short drama series, which will be interesting to watch on a long winter evening.

Many Star Wars fans found this series to be a good attempt to return the aesthetics of the cosmic western to the epic. Mandalorian hit the spot. So, if you miss the space saga, we highly recommend you reviewing this TV show. The series, based on the comic book, was created to break all the template ideas about superheroes. It follows the titular team of vigilantes as they fight back against superpowered people who abuse their abilities. The idea is quite original, so many of you will probably want to reconsider the unusual TV series. The action of this series takes place in the Gothic metropolis. Together with people, mythical creatures live in this city: vampires, fairies, etc. You should revise this series, above all, due to the brilliant star cast: Orlando Bloom and Cara Delevingne. At first, creators planned to shoot a full-length film, but the potential of the magical world could be easily deployed to the whole series. However, this is exactly what the creators did. 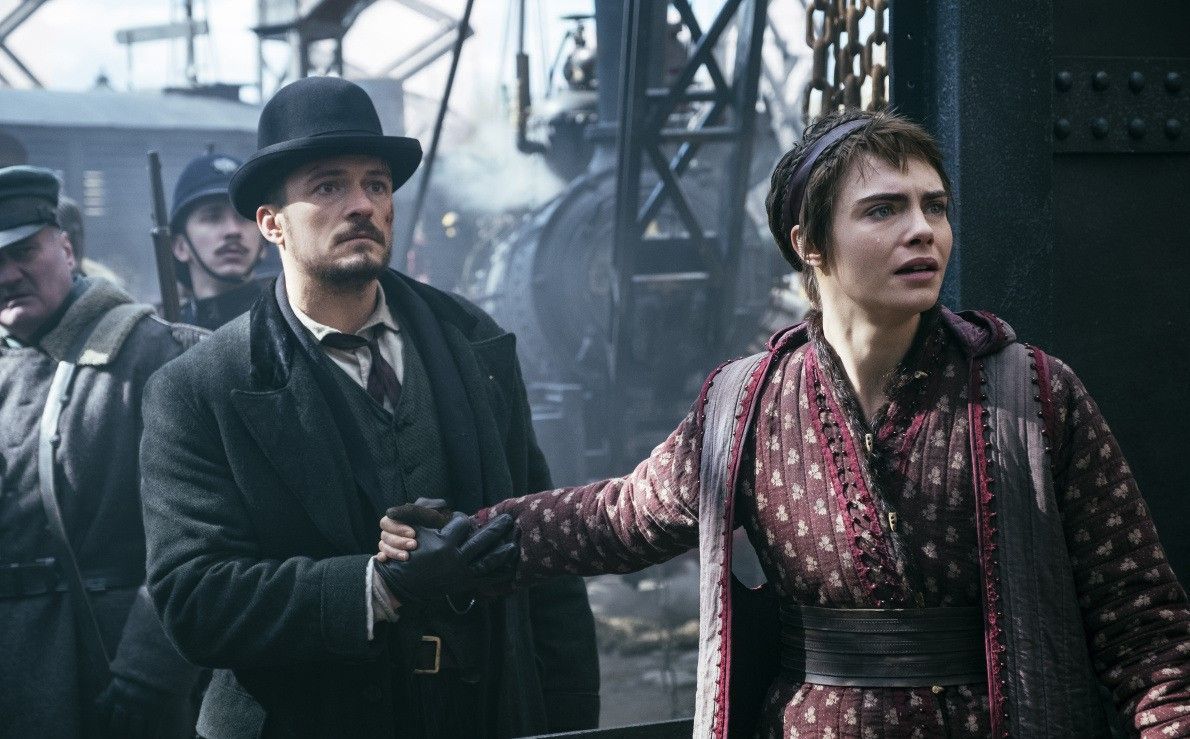