Goldfinch and Other Failed Movies of 2019 | World Fashion Channel
Our site uses cookies and similar technologies to ensure the best user experience by providing personalized information, remembering marketing and product preferences, and helping you get the right information. By continuing to browse this site you agree to our use of cookies following this notice concerning this type of file. If you do not agree that we use this type of file, then you must set your browser settings accordingly or not use the wfc.tv website. 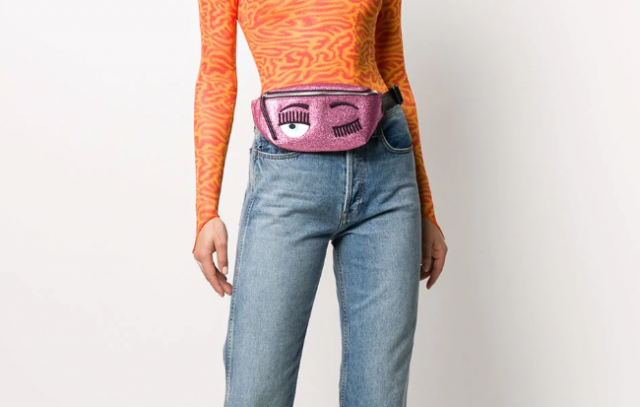 The end of the year is the time to take stock, including for movie studios. And while some companies are happy to calculate profits from films, others are justifying themselves to investors for box office failures. We made a selection of films of 2019 that did not live up to the expectations of either producers, critics or viewers.

The film, based on the novel by Donna Tartt, who received the prestigious Pulitzer Prize in 2014, was predicted not only by good box office, but also by nominations for Golden Globe and Oscar awards. However, neither the glory of the original work, nor the good cast, nor the right marketing campaign could ensure its success. In particular, critics and viewers noted the confusion of the plot: the creators tried to put a rather big work into timing. This is the case when viewers and critics’ opinion about the film almost completely coincide.

An attempt to breathe new life into the history of Hellboy, which was popular in the early 2000s, also failed. The film was criticized for the poor elaboration of the characters, the slow and protracted script, as well as for the low cost of special effects. Although, perhaps, the audience was simply fed up with a huge number of remakes of works that have already become considered classics. As a result, the project fees couldn’t even cover a relatively small budget of $50 million.

The remake of the film about the spy beauties of the early 2000s looked quite attractive: the participation of Kristen Stewart and Aladdin stars Naomi Scott, exciting trailers and a good marketing campaign were to ensure its success. The filmmakers, led by Elizabeth Banks, wanted to make an interesting movie about strong and self-sufficient women. However, this idea became precisely the main problem of the film: trying to please the female audience, it almost completely pushed away male viewers. Men were frightened by the feminist orientation of the film. As a result, the remake was aimed to very little target audience, which negatively affected the film’s gross.

Godzilla 2: King of the Monsters

This is the continuation of the 2014 film, which had good box office, but caused mixed reviews from critics and the audience. The sequel was supposed to correct the shortcomings of the first part, but in the end the audience was extremely dissatisfied with the result. Actors’ weak play and a poorly developed script were among the main complaints. Even the participation of the young star of “Stranger Things” Millie Bobby Brown did not save the situation. As a result, with a budget of $200 million, the film earned 385 million. Given the marketing costs for such movies, this is a definite failure.

fans have been waiting for continuation of the popular franchise "X-Men" for several years. James McCavoy, Michael Fassbender, Jennifer Lawrence and other characters returned to their roles. However, the viewer was alarmed that the production of the picture was accompanied by constant re-shootings, personnel shifts and the postponement of the premiere. In addition, during the filming, it became known that Disney Studios bought 21st Century Fox film company, which was involved in the creation of the film. Both companies didn’t care too much about the fate of the film. As a result, it had a very poor box office that barely recouped production costs, not to mention marketing costs.

Columbia Pictures and Sony Pictures Entertainment have set an ambitious task: to restart the Men in Black franchise. The first two films of the trilogy were warmly received by critics and viewers in many respects thanks to the successful duet of Tommy Lee Jones and Will Smith. However, in the restart, producers decided to focus on other heroes’ stories, whose roles were played by Tessa Thompson and Chris Hemsworth. The audience was wary of such changes, but generally appreciated Tessa and Chris’s acting.  Nevertheless, critics considered the main idea to be lame, which ultimately influenced the script. As a result, the head of Sony acknowledged the failure of the project, which was originally supposed to begin the new series of films.

The Terminator franchise is one of the longest-playing movies in history. The first two films, directed by the famous James Cameron, are already considered masterpieces of cinema and are beloved by the audience. However, after the third part, the franchise began to pursue one failure after another. Neither the attraction of new stars, nor the return of old ones, nor the attempt to completely rewrite history helped. Ultimately, Sony tried once again to restart the series of films and even invited actors from the first two films - Linda Hamilton and Arnold Schwarzenegger, and also asked James Cameron as the producer. And although the film, according to critics and the audience, turned out much better than previous attempts to revive the franchise, the trust of the audience was no longer return. As a result, the studio had to admit the box office failure of the project and abandon plans for sequel films.