Holiday Mood: Best Christmas Episodes from the Series | World Fashion Channel
Our site uses cookies and similar technologies to ensure the best user experience by providing personalized information, remembering marketing and product preferences, and helping you get the right information. By continuing to browse this site you agree to our use of cookies following this notice concerning this type of file. If you do not agree that we use this type of file, then you must set your browser settings accordingly or not use the wfc.tv website. December has the spirit of holidays. Long winter evenings allow you to do a lot: re-read Christmas books, play board games with friends, etc. And if you have already watched all the New Year movies, then it's time to return to your favorite TV shows. We suggest you review the best Christmas episodes and plunge into the world of celebration and magic.

If we are talking about fashion and beauty, then not a single selection can do without the series “Gossip Girl”. Holidays in this TV show look as stylish as the main characters. The entire eleventh episode is imbued with the spirit of Christmas. Blair’s father comes for the holidays; Serena is planning the best Christmas surprise ever for her boyfriend. Dan recalls how his last Christmas went. Decorated New York, family and friends are all you need for perfect holidays. The episode where Serena presents Dan snow is considered to be the most beautiful and romantic one in the whole season. By the way, Dan has a surprise of his own in mind, too.

Office monkeys has always been delighted with this series, because it very accurately reflects their work life. The best Christmas scene in this episode is the Secret Santa game. People who don’t really know colleagues are trying to come up with gifts for each other. It is amusing to observe how people try to hide disappointment from presents they’ve got and portray joy and delight on their faces. Who spent the most and received just a tack as a gift? Watch the episode!

Friends “The One With The Holiday Armadillo” (Season 7, Episode 10)

On Christmas Eve Ross doesn’t get the Santa costume. The funniest scene of the tenth episode begins, when instead of a bearded old man, Ross’s son Ben was visited by someone else. Meet the festive Armadillo!

Doctor Who invites viewers to immerse themselves in the Charles Dickens’s classic fairy tale. To tell the truth, the director redid the plot a bit, so the result was a Christmas story of space adventures. The action takes place on a planet where the clouds are controlled by the mean Scrooge. By the way, gorgeous Michael Gambon plays this role. The best scene, of course, is the end of the episode. Flying snow, a beautiful song, faith in miracles and goodness – and you are in the real atmosphere of the holiday!

How I Met Your Mother, “How Lily Stole Christmas” (Season 2, Episode 11)

The funniest Christmas episodes is a usual thing in comedies. In thq eleventh episode, Ted called Lily "a very rude word". In revenge, Lily decided to remove all the Christmas decorations from the apartment.

Usually they try not to attach this series to the holidays. However, this doesn’t apply to the Christmas episode. The central theme of the eleventh episode is the theme of religion. Despite the fact that the main character is depressed all the time on the screen, the end is very happy. Therefore, we suggest you watch it and enjoy the final holiday scene. 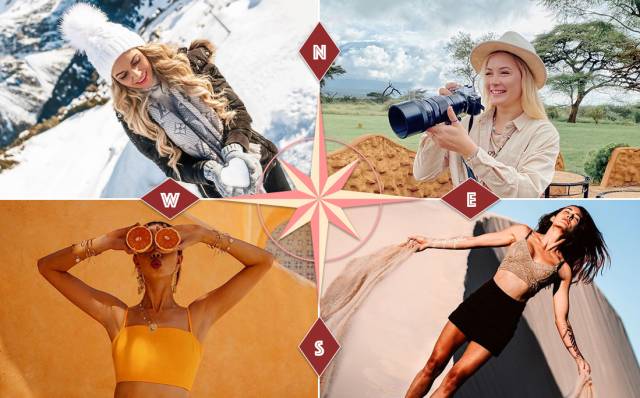