Top 6 Books About Fashion and Style | World Fashion Channel
Our site uses cookies and similar technologies to ensure the best user experience by providing personalized information, remembering marketing and product preferences, and helping you get the right information. By continuing to browse this site you agree to our use of cookies following this notice concerning this type of file. If you do not agree that we use this type of file, then you must set your browser settings accordingly or not use the wfc.tv website.

Top 6 Books About Fashion and Style

To navigate brands and understand their philosophy, to know the history of the appearance and development of a fashion industry and the names of its creators - all this is possible with the help of books. We’ve compiled a selection of works that will open up new facets of the fashion world. 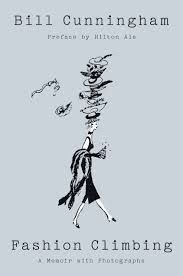 “After the service, I didn’t remember even a word from what the priest said, but I could describe in detail the costume of any of the two hundred ladies present in the church”,admitted Bill Cunningham, the cult photographer of The New York Times, who presented the new genre of photos to the world, street-style photos. The boy’s parents were very devout, but the only thing he was interested in in the church was only the visitors’ outfits: this is how his love for fashion appeared. In his youth, he earned making hats and dreamed of becoming a designer, then began working as a journalist, and a series of random shots taken on the streets of New York glorified him and discovered a talent that continues to be admired today. In his autobiography, Bill Cunningham speaks frankly, energetically and with humor about the backstage of glamorous New York, about his struggle for the life that he wanted to live, about successes, losses, and about his most important love in life – love for fashion. 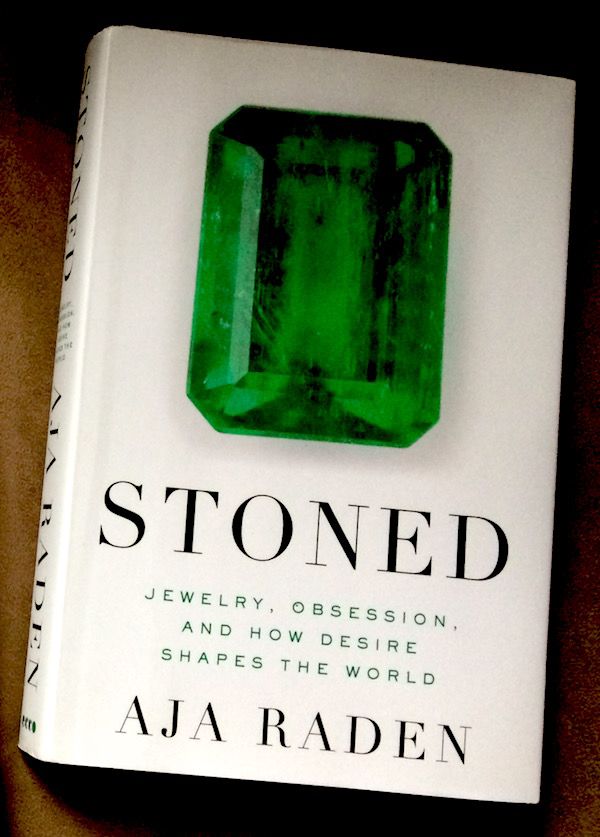 Aja Raden is a jeweler, historian and scientist. While studying at the University of Chicago, she worked at the famous House of Khan auction house, and later, for more than seven years, was the chief designer of the Tacori jewelry company in Los Angeles. Her book is a collection of fascinating stories about what role jewelry played in the history of mankind. The author tells interestingly and witty why jewelry is so important for people, in which case this is a symbol of wealth, and in which is a talisman, what their value is made up of, what a person can do to possess them, and much, much more. Aja Raden skillfully operates on dates, names and historical events, sometimes revealing amazing details of long-known incidents, and sometimes showing generally recognized facts from a new angle. Perhaps, this book will change your attitude to jewelry forever. “I dreamed of such a success when people even without my name would recognize my brand. I wanted my flag to become an American icon”, Tommy Hilfiger says. And, perhaps, there is no brand in the world that would be associated with the United States more than its rectangular emblem, made in blue, red and white. The main features of his style - free cut, basic colors and simple prints - are adored by many celebrities and ordinary people. It was he who taught the whole world to properly tuck jeans, wear striped clothes and love navy blue jackets. Tommy's career is the embodiment of the American dream. Starting with sales of clothes in a small shop, he became one of the main fashion trendsetters on the planet. In his book, the legendary fashion designer tells what success cost him, how the world of fashion works and how a man who dictates how to dress millions lives and dreams of. Even if you hear the name of Iris Apfel for the first time, you definitely saw her photo on the net: an extravagant grey-haired lady with a short haircut in massive glasses, large accessories and juicy dresses. Today, the interior designer and collector of unusual jewelry and clothes from the United States is 98. You can take a fascinating series about her life or study the history of fashion of the 20th century from a giant wardrobe. She was one of the first in America to start wearing jeans, lived 68 years in marriage, her blog has almost a million subscribers. In her memoirs, Iris talks about childhood and youth, about environment and career, about fears and dreams, about love and inspiration. In the book you will find not only interesting stories that reflect an entire era, but also many amazing photos from the author’s personal archive, as well as works of the most famous world photographers. Be careful, after reading this book you will want to dress and live much brighter than you do now.

“The black: The History of a Color” Michel Pastoureau 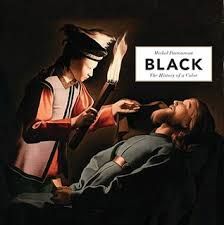 Black is one of the most controversial colors. For some people, it is the color of sorrow, for someone it is humility or the main indicator of elegance and luxury. The French historian Michel Pastoureau wrote a stunningly interesting and informative book about the history of black. The scientist simply, interestingly and succinctly talks about how the ideas and meanings of this color changed depending on the era and country. The reader learns how black became a symbol of pristine darkness, then migrated to the robes of monks, and now has become an integral color of the everyday wardrobe of an ordinary townsman. The book is easy and fast to read, and unexpected and little-known facts will surprise and allow you to show off your knowledge in a conversation with family and friends.

“Fashion Victims: The Dangers of Dress Past and Present” Alison Matthews David Alison Matthews David, Ph.D., associate professor from Canada, wrote a very unusual book. She considers the dangers of the fashion industry. Hats, shoes, clothes, accessories - all these posed a threat to the life and health of both manufacturers and owners. The author tells many interesting stories that make the reader see the familiar and seemingly harmless things from a new angle. Have modern technologies saved us, for example, from the risk of losing our minds about the chemicals used in the manufacture of hats? Or how not to be strangled with long scarves? Or, maybe you should just be more careful and selective when choosing wardrobe items? The reader will find out all the answers on the pages of the book.