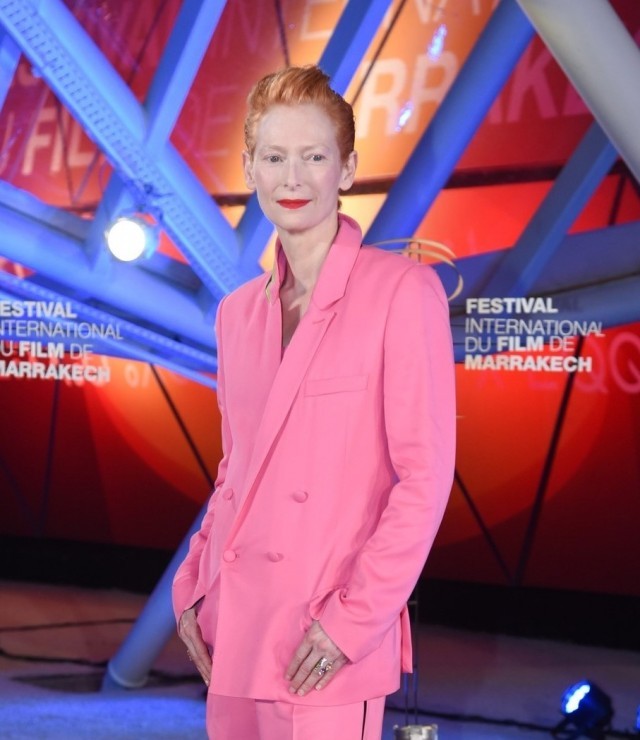 This weekend, actress Tilda Swinton (59) attended the opening ceremony of the 18th Marrakesh International Film Festival, which ends December 7. Earlier, it was known that she would become not only an honored guest, but also would head an expert jury, which will be watching and selecting the best films of this year for a week. The actress is a multiple winner of professional awards, including the prestigious Academy Award for the supporting role in the Michael Clayton movie. 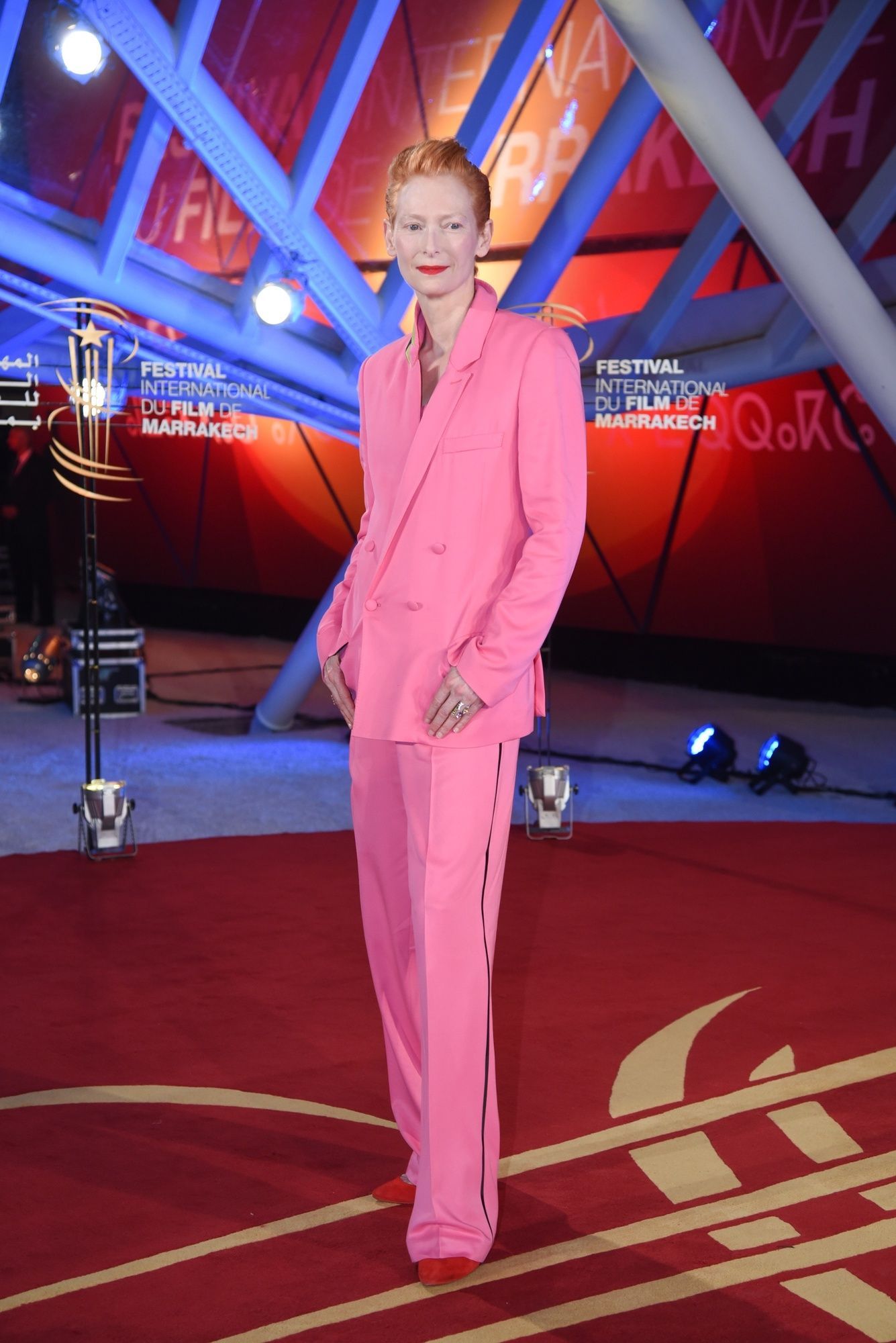 For the opening ceremony, Tilda Swinton chose the hot pink pantsuit from her favorite Haider Ackermann brand and red velvet shoes. It is worth noting, that in clothes the actress prefers to adhere to the androgynous style - she is rarely seen with bright makeup or in dresses that emphasize her femininity. Fans were delighted not only with Tilda's outfit, but also with her new hairstyle - the actress was dyed in a fiery carrot color, which goes well with her aristocratic pallor and pink costume. In addition, they noted that the actress was very friendly on the red carpet and didn’t refuse anyone to make photographs or give autographs.

Swinton’s fans haven’t seen her in this way for a long time and suggested that there should be something more than a desire to simply change the image. Maybe, a new role is behind all these metamorphoses... Everyone knows what movie transformations the actress is capable of, so these guesses have every right to exist - we will be happy to wait for brilliant Tilda Swinton’s new projects to be released.