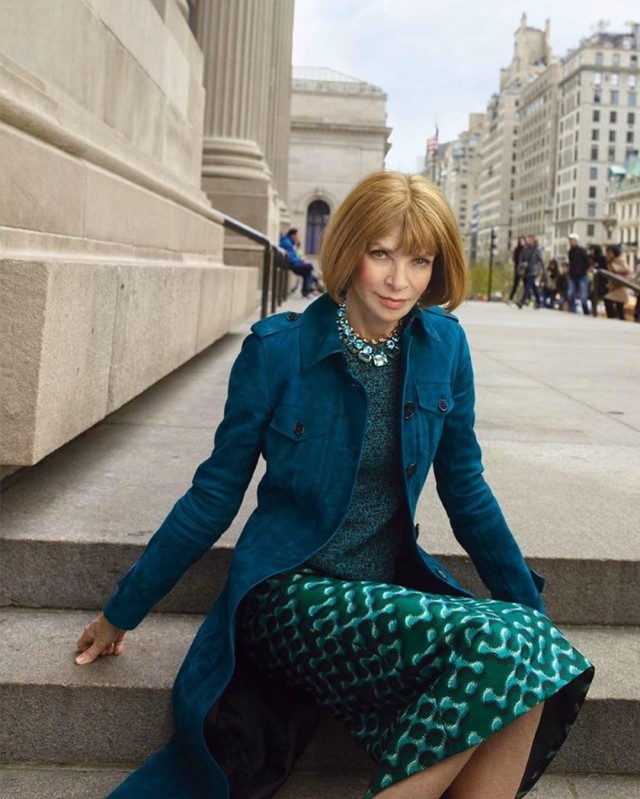 Anna Wintour, editor-in-chief of the American Vogue, spoke out against modern fast fashion.

The so-called fast fashion is doing irreparable harm to the environment, and more and more brands and celebrities are paying public attention to this problem. Anna Wintour (70) urged customers to more often be guided by the principles of informed consumption.

In an interview with Reuters, Wintour spoke about her view on sustainable development. In her opinion, people should not only take a more responsible approach to choosing clothes, but also have a better attitude to it. Clothes should be cherished, reworn and passed down generations.

“I think for all of us it means an attention more on craft, on creativity, and less on the idea of clothes that are instantly disposable, things that you will throw away just after one reading.”

She went on to emphasise the value of clothes and the importance of making them last.

“[It’s about] valuing the clothes that you own and wearing them again and again, and maybe giving them on to your daughter, or son, whatever the case may be.”