How do Muscovite dress up? Vyacheslav Zaitsev knows the answer | World Fashion Channel
Our site uses cookies and similar technologies to ensure the best user experience by providing personalized information, remembering marketing and product preferences, and helping you get the right information. By continuing to browse this site you agree to our use of cookies following this notice concerning this type of file. If you do not agree that we use this type of file, then you must set your browser settings accordingly or not use the wfc.tv website.

How do Muscovite dress up? Vyacheslav Zaitsev knows the answer Russian designer Vyacheslav Zaitsev created a special show at Mercedes-Benz Fashion Week. The event was called "Moskvitchi and Moskvitchki", which is not accidental: Zaitsev set himself the task to demonstrate how the urban landscape is reflected in the appearance and images of citizens of the capital. And the Maestro succeeded!

The outfits shown by the models (including not only professional models, but also participants of the “Moscow longevity” program) were inspired by the architectural features of the capital. For example, models in stylish pantsuits convey the business mood of Moscow city. And the evening total black looks with sequins and rhinestones are obviously inspired by the luxury of The Bolshoi Theatre.

However, Moscow is associated not only with strict and dark colours: Vyacheslav Zaitsev also demonstrated bright, almost carnival images. His coloured plaid midi-dress seems to pay tribute to Moscow 50s, when the hipsterswith their catchy outfits literally captured the streets of the capital. 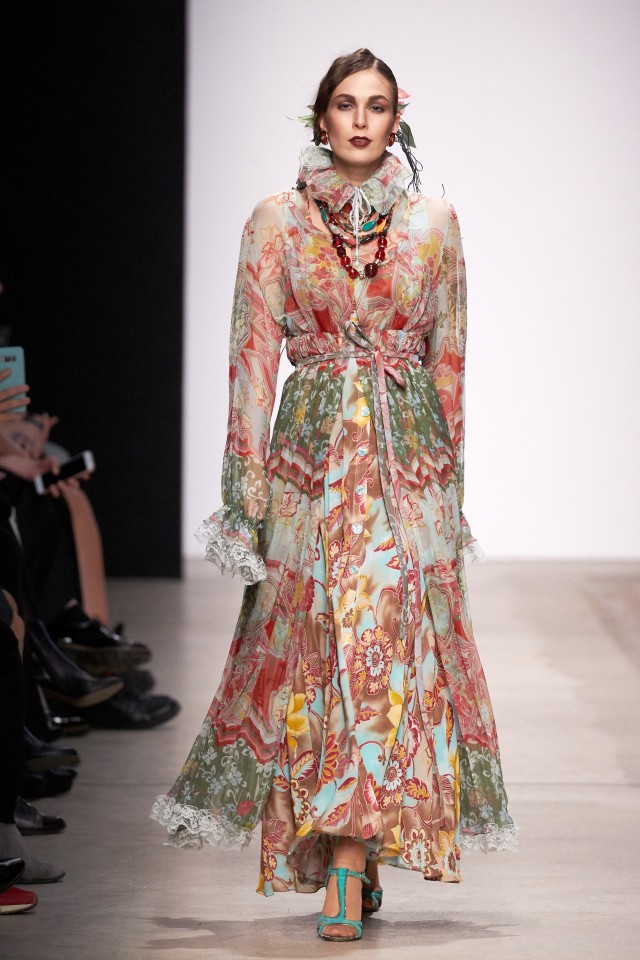