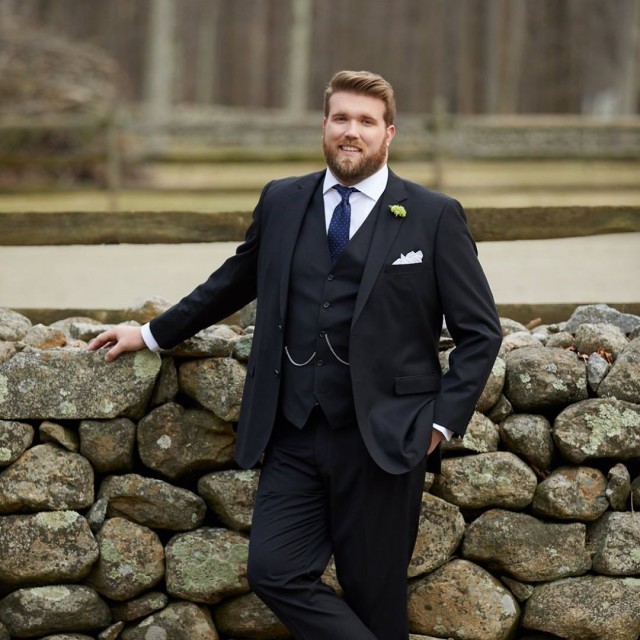 Women's plus-size models are very popular in the fashion industry today: such famous brands, as Michael Kors, Victoria's Secret and many others, wish to cooperate with them. Tess Holliday and Ashley Graham’s names are repeatedly coming up on the news. However, in recent years, men's models have become increasingly popular, too.

This trend is not surprising: men's fashion also seeks to meet the demand of as many customers as possible. Despite this, the niche of plus-size models among men remained unfilled for a long time. The Gardian shared several stories of men who found work in a modeling agency due to their unusual appearance.

So, Raul Samuel found a job when he was looking for clothes on the Internet. He needed clothes that would look good on him, but couldn’t find a suitable model for the complexion, which could be guided. Then accidentally Raul found a vacancy from modeling agency, which sought plus-size models among men, and the young man responded on it. So, Raul got into the BoohooMAN advertising company, and now cooperates with many other brands.

Must have from @mossbros what your fav type of suit? #suits #mensfashion

Nemar Parchment is another proof that the fashion industry is changing for the better and is beginning to understand its consumers’ needs. The man was working as a salesman in the ASOS brand store when he was asked to try himself as a model. The new job opened up new opportunities for Nemar, and now he travels around the cities of the United States, taking part in advertising campaigns.

The interest of the modeling business in well built men has already become a trend. And if there is already noticeable competition among women plus size models, male models are clearly not enough. All this shows that the fashion world is moving away from outdated standards, not only in relation to women, but also to men.