Mother’s daughter: Catherine Zeta-Jones and her daughter in fashion campaign | World Fashion Channel
Our site uses cookies and similar technologies to ensure the best user experience by providing personalized information, remembering marketing and product preferences, and helping you get the right information. By continuing to browse this site you agree to our use of cookies following this notice concerning this type of file. If you do not agree that we use this type of file, then you must set your browser settings accordingly or not use the wfc.tv website.

Mother’s daughter: Catherine Zeta-Jones and her daughter in fashion campaign

Actress Catherine Zeta-Jones has starred in a new Fendi ad with her 16-year-old daughter Carys. Together they presented the legendary brand’s bag - Peekaboo. Mom and daughter took some promotional photos and participated in a mini-film, in which they were walking through the streets of Rome, holding hands. The video turned out to be very tender and impregnated with the tremulous relationship of mother and daughter, who enjoy each other's company while traveling in Italy.

The 50-year-old actress’ daughter is a real beauty: she already has her fans, who portend a brilliant modeling career for the girl. Carys herself has not decided yet what she wants to become in the future, but more than once admitted that she suffers because of her parents’ glory. Carys' father is the actor Michael Douglas, whom Catherine Zeta-Jones married in 2000. 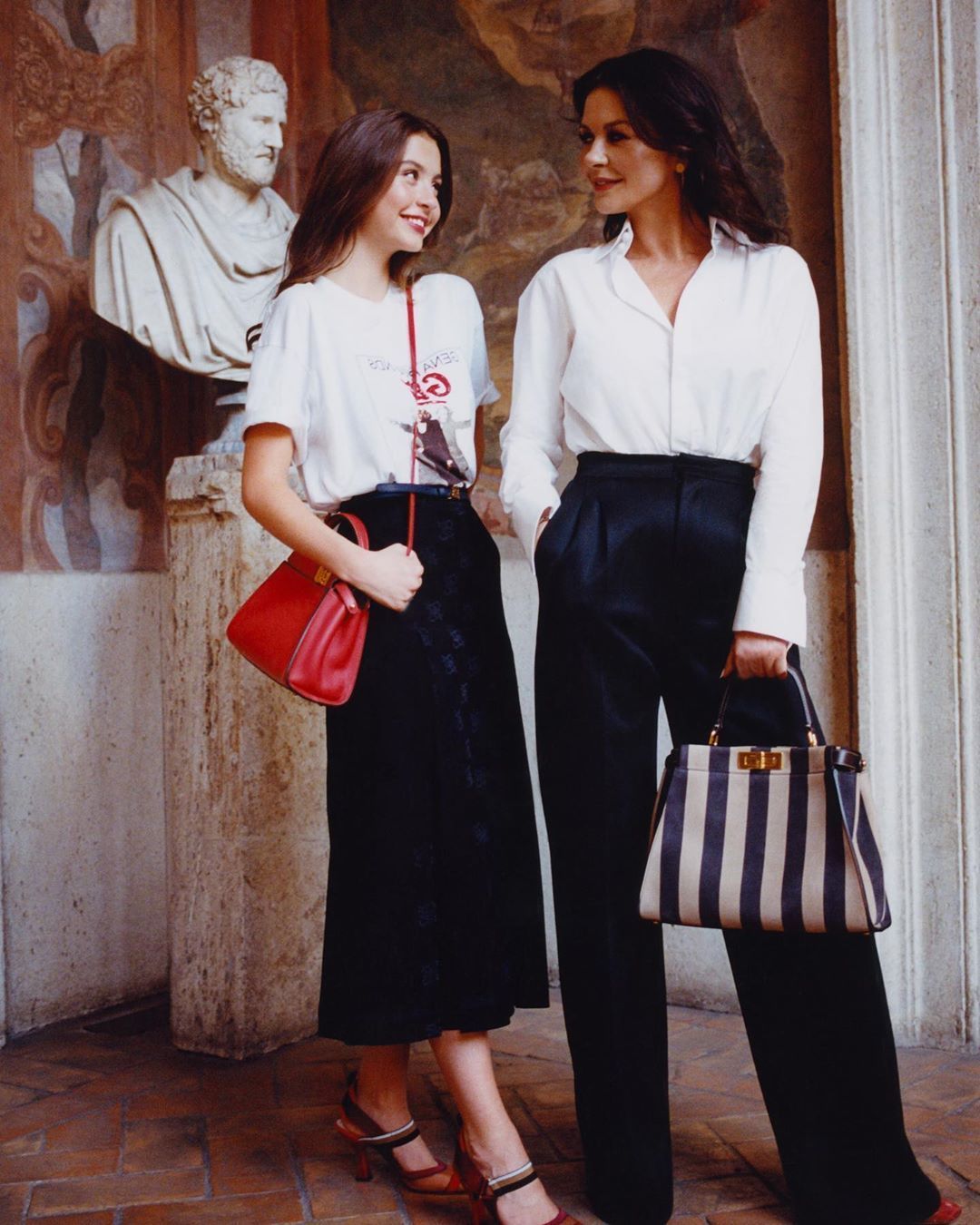 While the girl is actively engaged in studies and wants to go to the University of "The Ivy League". She is unlikely to start acting in films and continue her family's acting dynasty. Carys says that no matter what project she undertook, she will always be haunted by the name of famous and talented parents, so she considers this area for herself forever closed.