The Da Vinci Code: Virgil Abloh Created a Clothing Collection in Honor of the Great Artist 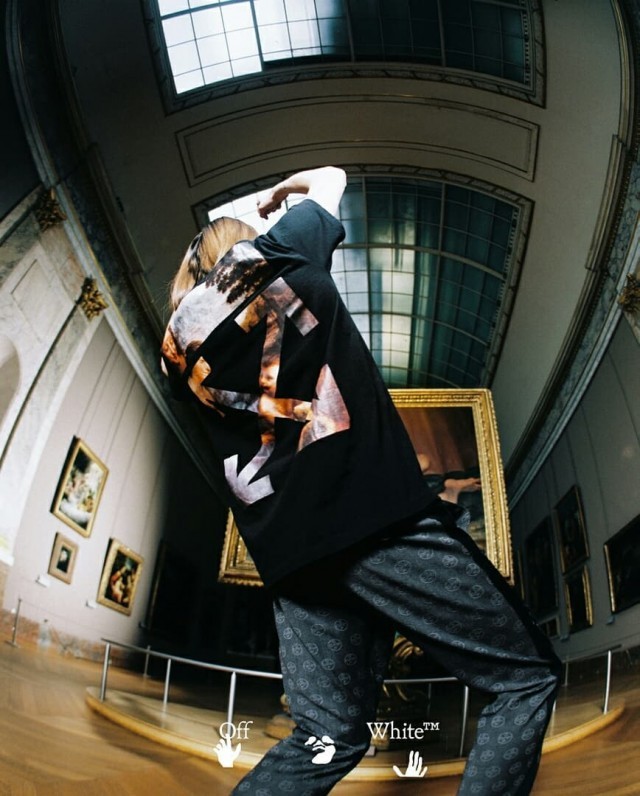 The artistic director of Louis Vuitton and the creator of the Off-White brand presented a collection of clothes inspired by the Renaissance great artists, Leonardo da Vinci. This is not the first time that Abloh pays tribute to the artist: earlier, the designer teamed up with IKEA and released a reproduction of the painting "Mona Lisa", equipped with a USB port for charging the phone.

Nevertheless, this time Virgil decided not to exploit the image of the most famous paintings of the great master: for his new collection of clothes, he chose the little-known Leonardo da Vinci’s works. The first painting is titled “Virgin and Child With Saint John the Baptist and an Angel,” better known as “Virgin of the Rocks,” and the second is “Saint Anne, the Virgin Mary, and the Infant Jesus Playing With a Lamb,” better known as “Saint Anne”. Abloh combined the unique style of the master with his signature prints to create a design that would meet the spirit of the times. The line includes T-shirts and hoodies, which will be sold on the official Off-White website and in the Louvre gift shop.

Virgil’s concept was to “to work with pieces that a wider audience perhaps has not been exposed to”, and to inspire people to learn more about art. Abloh has long advocated the democratization of art and fashion, and a new project supports this idea. By the way, it’s the 500th anniversary of the artist’s death in 2019, and thus the designer paid homage.