What Gucci, Burberry and Other Brands Had to Apologize for in 2019 | World Fashion Channel
Our site uses cookies and similar technologies to ensure the best user experience by providing personalized information, remembering marketing and product preferences, and helping you get the right information. By continuing to browse this site you agree to our use of cookies following this notice concerning this type of file. If you do not agree that we use this type of file, then you must set your browser settings accordingly or not use the wfc.tv website.

Home / News / Fashion / What Gucci, Burberry and Other Brands Had to Apologize for in 2019
by Tamila Kurbanova

Sometimes, in an effort to create a new trend and hit the audience, prominent designers make mistakes and demonstrate clothes that can be ambiguously perceived. Even premium and luxury brands are not immune from such mistakes. Here’s the list of fashion houses’ offensive mistakes for which they had to apologize for in 2019. This year, the Gucci brand set a kind of anti-record. The Italian fashion house has been criticized twice for its fashionable novelties. In the first case, the object of criticism was a woolen black turtleneck, pulled up over a model's mouth and featuring a mouth cut-out emphasized by wide, bright-red lips. The design of the sweater resembled blackface.

Gucci apologized and said it was discontinuing the sweater, adding, "We are fully committed to increasing diversity throughout our organization and turning this incident into a powerful learning moment for the Gucci team and beyond." The second time, the fashion house got into an unpleasant situation due to a headdress, that resembled an Indian turban and was also demonstrated in the autumn-winter collection. Critics said the brand disrespected Sikh culture in this way. However, this time, the brand decided to ignore the negative reaction and didn’t apologize. 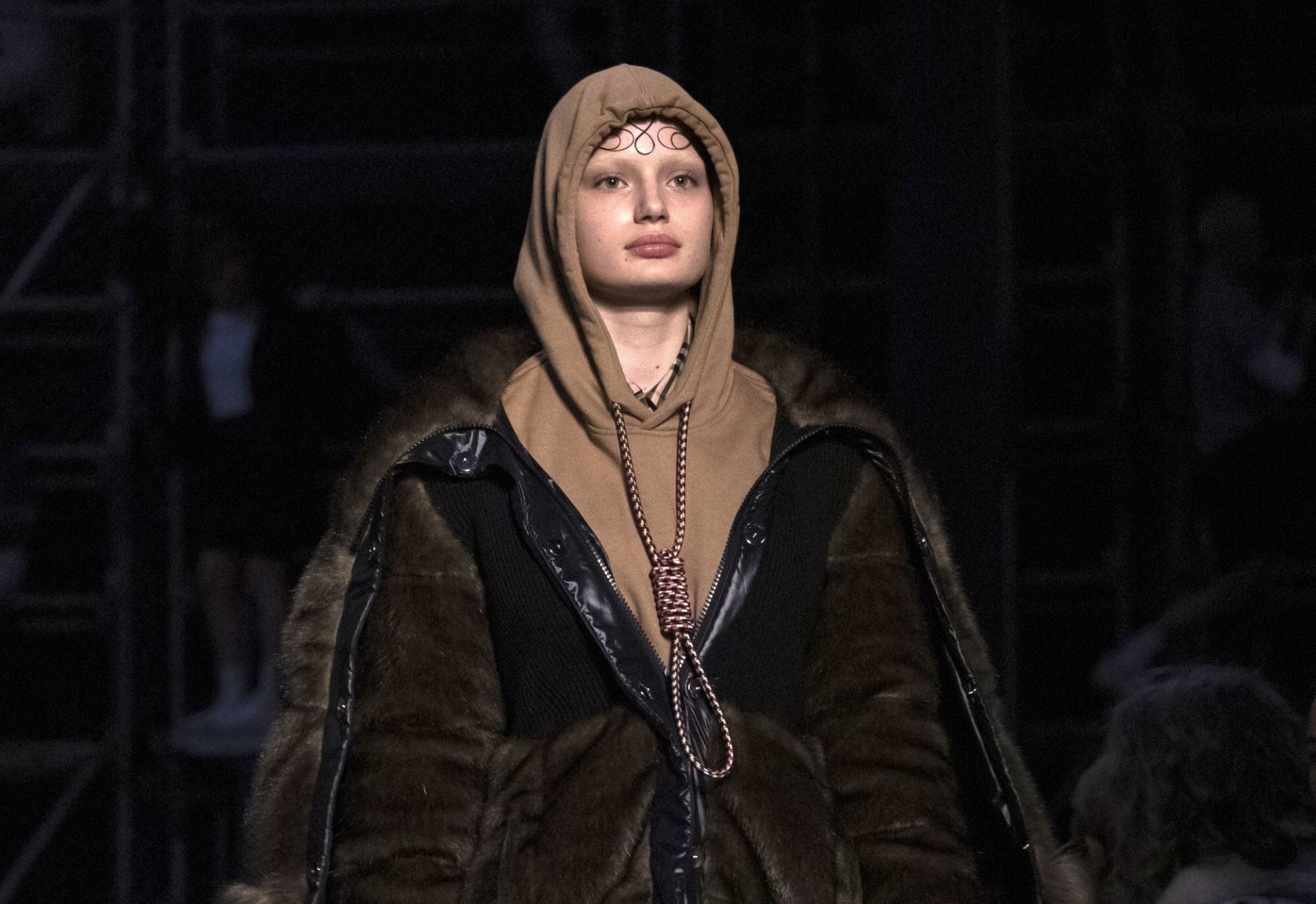 In 2019, the Burberry brand also made a mistake by demonstrating a provocative hoodie during the autumn-winter show. The very sweater was complemented by an unusual accessory: a loop for hanging. Immediately after the show, the audience began to write angry comments, and the model Liz Kennedy, who showed a sweater on the catwalk, had to make excuses that she had nothing to do with this idea.

The model wrote: "Suicide is not fashion," she said. "Riccardo Tisci and everyone at Burberry it is beyond me how you could let a look resembling a noose hanging from a neck out on the runway. How could anyone overlook this and think it would be okay to do this especially in a line dedicated to young girls and youth. The impressionable youth. Not to mention the rising suicide rates world wide. Let’s not forget about the horrifying history of lynching either."

Fashion designer Riccardo Tisci deeply apologized for this mistake: "Though the design was inspired by the marine theme that ran throughout the collection, it was insensitive and we made a mistake."

The hoodie was removed from the collection, and Tisci said that he would do everything possible so that such errors didn’t happen ever again. An unpleasant incident occurred during the Louis Vuitton’s autumn-winter show. Creating the collection, designer Virgil Abloh used elements that refer to the Michael Jackson’s work. The fashion show coincided with the releasing of the HBO’s documentary Leaving Neverland, in which two men alleged the pop icon sexually abused them as children.

Michael Burke, chairman and chief executive officer at Louis Vuitton, added, “We find the allegations in the documentary deeply troubling and disturbing. Child safety and welfare is of utmost importance to Louis Vuitton. We are fully committed to advocating this cause.”

As a result, Abloh and Louis Vuitton have put an end to the production of the Michael Jackson-themed pieces from the collection.

Kim Kardashian’s first attempt to launch a brand of lingerie met negative criticism from the public. The brand’s name - Kimono - discerned an attempt to appropriate the cultural heritage of Japan.

After a backlash from social media and an open letter written by Mayor Kyoto Daisaku Kadokawa to abandon the Kimono trademark, Kim announced that she would launch the brand under a new name. In August, Kardashian announced that she has renamed the brand into Skims, which was successfully launched on September 10.

Attempts to make the brand more tolerant and inclusive don’t always resonate with the audience. In June, Nike introduced a plus-size mannequin in one of the London stores, which provoked a mixed reaction. While many welcomed this move toward body-positive, there were critics who argued that the mannequin contributes to obesity and unhealthy nutrition.

In support of the brand, Mindy Grossman spoke out: “[I’m] angry because of those who are so misguided to say that having larger mannequins are contributing to obesity — seriously? — and resolute as I truly believe that what they are doing with their size expansion and visualization with their mannequins is exactly what is needed in our society.”

Working at Nike from 2000 to 2006, Grossman’s tenure saw the introduction of a new brand mission: “To bring innovation and inspiration to every athlete” where athlete is defined as “if you have a body, you’re an athlete.”