Cycling all the summer long: what is the secret behind the bike shorts mainstream? | World Fashion Channel
Articles / Fashion

Cycling all the summer long: what is the secret behind the bike shorts mainstream? 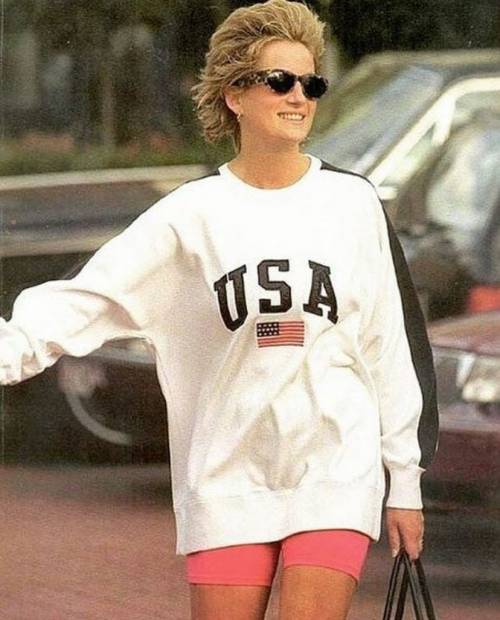 It is not a surprise anymore that activewear became a part of our everyday wardrobe. Just think of leggings, which modern rise happened when obsessed with the healthy-lifestyle folks put aerobics on a pedestal of sport in the late 60s. Some decades later, their counterparts, named “bike shorts,” awaited the same fate. Their origin is not quite hard to guess: these sportswear pieces were created specifically for riding a bicycle. The flexible fabric, most often lycra, was a perfect fit for comfortable movement. What function they performed, though, is a bit more sophisticated to think of: bike shorts initially were to hide the unpleasant marks, appearing while the riding. For so many years in a row, the trend has been keeping its high plank among its other counterparts. It is so, most probably, because of its proven over the time convenience. We decided to look at six outfits of fashion influencers and celebrities to find an answer for this puzzling popularity.

A young mother of adorable Gravity and a model Stormi Bree gives preference to the lavender yoga costume, crafted by Alo. It is a suitable choice for everybody, who’s looking for the stretchy activewear and doesn’t want to think of any unpleasant feelings during the working out process. In one of her promotions with Adidas x IVY PARK pop-diva Beyoncé also shows how to wear sporty outfits in the most contemporary way. Her orange-burgundy match is complemented by the belted bag, with which one can carelessly enjoy jogging.

Fashion designer Sofia Richie is an example of how to wear riding shorts in an ultra-casual relaxed manner. The two-colored black and white match includes walking shoes sock sneakers, a long-sleeve crop-top, and the One item.

For the more out-of-doors occasions, top-model Irina Shayk showcased her solution. The leather-resembling piece goes perfect with the black crop-top and the uggs in the same overtone. A focus is on the accessory, which, in this case, is a small yellow bag.

Perhaps, Leonie Hanne has one of the most dressed-up outfits. Over simple white crop- top are put on a flawless sky-blue blazer and the creamy Bottega Veneta bag, that together add the bit of evening glamour. The golden details in jewelry, such as chained necklace, cuff bracelets, and Bamboo hoop earrings complete the look with the sparkles and glitters.

The timeless win-to-win choice would still be the one trend set by Princess Diana in the 90s. A baggy oversized sweatshirt (which might be with the name of your dear Alma-mater or next destination) slightly covering the bike shorts remains the classics, beloved by many fashionistas all over the planet.

3 atypical scarf models: are they wearable this season or not?

Not only for men! Raf Simons is launching a womenswear line

Are skinny jeans dead? Don't rush to the funeral!

For the record: brief resume of the 7 more common types of dress code