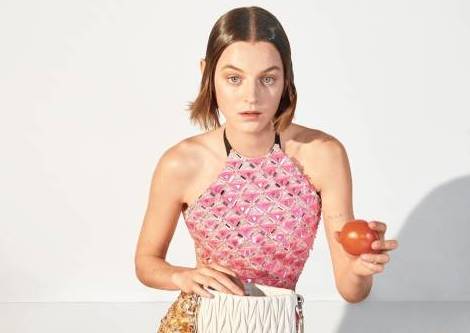 She appeared in a pink top and a yellow mini-length skirt, decorated with rhinestones and a geometric print. What is interesting is that the same look was demonstrated by the novice model Lila Grace Moss, Kate Moss' daughter, during the Mii Miu spring-summer 2021 fashion show in Paris. In addition to the Emma Corin, the American singer Kelsey Lu and artist Allison Katz also took part in the photoshoot. The project was photographed by the legendary Steven Meisel.