Vampires, Atlantis Legends, Childhood Dreams, and other images that inspired Alexander McQueen | World Fashion Channel
Our site uses cookies and similar technologies to ensure the best user experience by providing personalized information, remembering marketing and product preferences, and helping you get the right information. By continuing to browse this site you agree to our use of cookies following this notice concerning this type of file. If you do not agree that we use this type of file, then you must set your browser settings accordingly or not use the wfc.tv website.

On the designer's birthday, who could have turned 52 on March 17, 2021, we recall his most unusual collections and images that inspired him throughout his career. Alexander McQueen was destined to become the favorite designer of big stars such as Lady Gaga, Sarah Jessica Parker, Drew Barrymore, and many others. But he had to undertake a long journey to get the glory.  McQueen was born in the family of a taxi driver and teacher and was the youngest of five siblings. He drew his first dress at the age of three. Being a teenager, Alexander dropped out of school and got a job as an apprentice at Anderson & Sheppard.  There, the novice designer realized that the only thing he had dreamed about was creating the new fashion free from all canons and rules. McQueen set out to show the new vision of clothes, which can be completely different when you are not afraid of experiments and give freedom of imagination.

McQueen created his first collection at Central Saint Martins College of Art and Designs and dedicated it to the history of Jack the Ripper. Each dress of the collection had a bag with a strand of women's hair to honor the serial killer's victims. "Life to me is a bit of a Brothers Grimm fairytale," the designer said in one of his interviews.  He was not afraid to tell dark, fabulous, and futuristic stories on the catwalk and look for inspiration even in the most terrible nightmares. Long before writer Stephenie Meyer created Edward Cullen, Alexander McQueen dedicated his Spring / Summer 1996 collection to vampires, inspired by Tony Scott's film The Hunger. The characters of Catherine Deneuve and David Bowie feed on the blood of New Yorkers in the hope of finding eternal youth. McQueen took as a basis the film's main idea, which is the inability to avoid fading. He developed this theme in the outfits of the collection, which included tops made of translucent fabrics with patterns resembling veins visible from under the thin skin, dresses with "torn" cuts, symbolizing wounds and how fragile a person is, as well as many blood-red clothes, and jewelry made of plaster and bandages. For the Fall / Winter 1996 collection, McQueen raised the themes of religion, power, war, and peace. The inspiration was "The Divine Comedy" written by Dante Alighieri, as well as the images of saints and martyrs who suffer in the nine circles of hell. To convey his ideas and mood to the audience of the fashion show, the designer spent it in the church, where the distant ancestors of his family were buried. He put a plastic skeleton on the first row and made masks with horns and black feathers as the main accessories. On the eve of the release of the Fall 2001 collection, McQueen admitted in his interview to an i-D magazine that he was tired of being the only anarchist in the fashion world, and therefore would like to take a five-year break. The reason for the designer to reconsider his views was the contract with the Gucci Group, which attracted a lot of attention from the press. At that time, one of the main sources of his inspiration was the Gothic culture, which McQueen decided to show through the images of children's nightmares such as clowns with creepy smiles, monsters from a parallel world, and predatory animals. 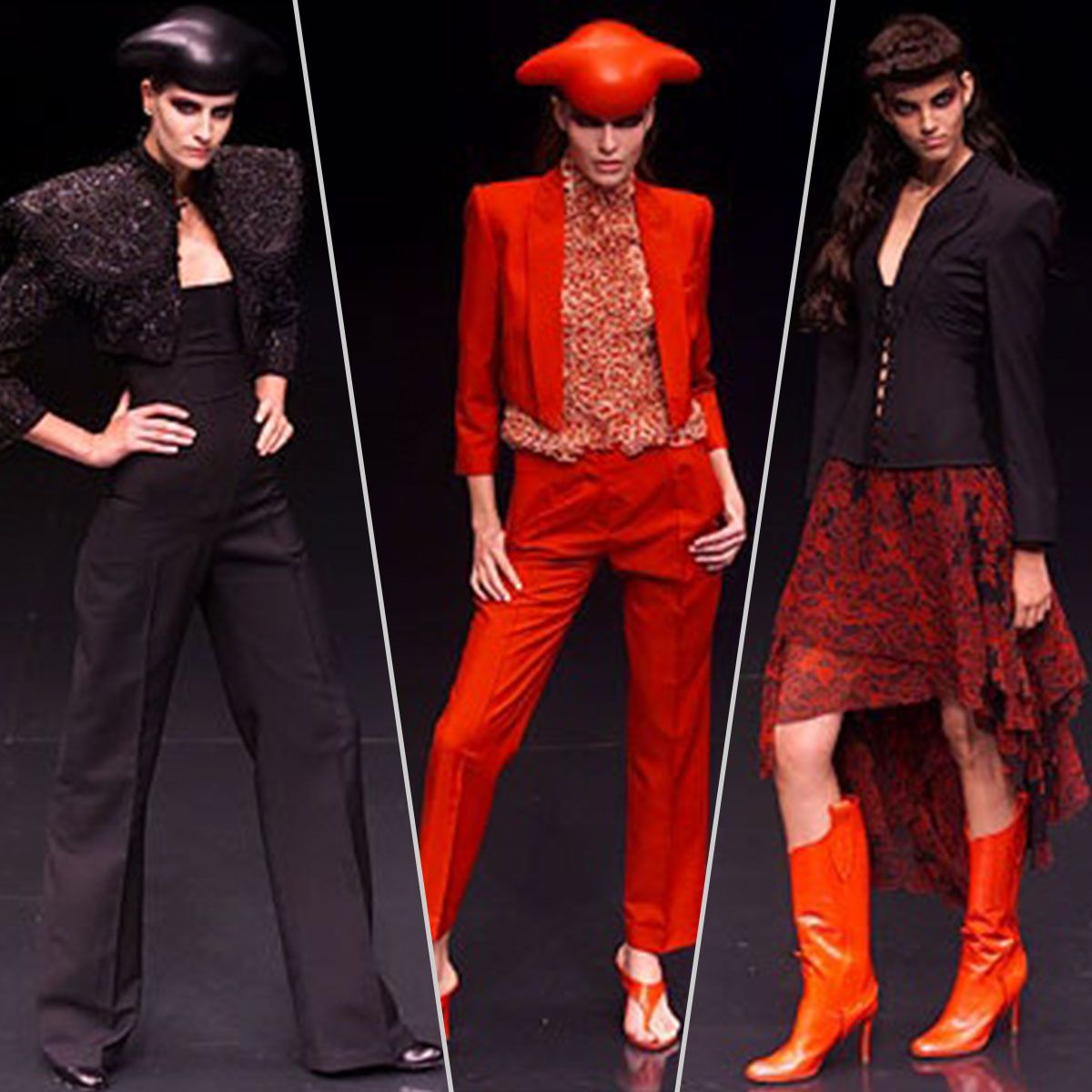 In 2002, McQueen decided to strengthen his brand's position in the international market and took part in Paris Fashion Week for the first time. There he presented a collection dedicated to the culture of the Basque country located in northern Spain. These images have become something new for the designer's creativity. Leaving the dark aesthetics behind, he concentrated on creating bold, sexy, and expressive outfits. Later, McQueen admitted that this story was directed not at his inner world but potential buyers. In 2005, Alexander McQueen once again reminded the whole world that he was not ready to play by the rules. The designer dedicated one of his collections to chess.  However, he put on a metaphorical black-and-white field the cultures of the West and the East instead of chess pieces. From the beginning, he knew that there were no winners in this battle. Some of the looks had embroideries made of red and gold threads, traditional for Japan and China, while others looked like suits for space travel. At the same time, McQueen did not belittle any of these areas but proved their close connection with each other. According to McQueen, the Fall / Winter 2009 collection reflected human stupidity. Its creation was inspired by the problem of indiscriminate consumption. To highlight how many unnecessary things people keep in their closets, he made a pile of rubbish as the main backdrop for the show. The collection included versatile timeless silhouettes that could be worn for many years. 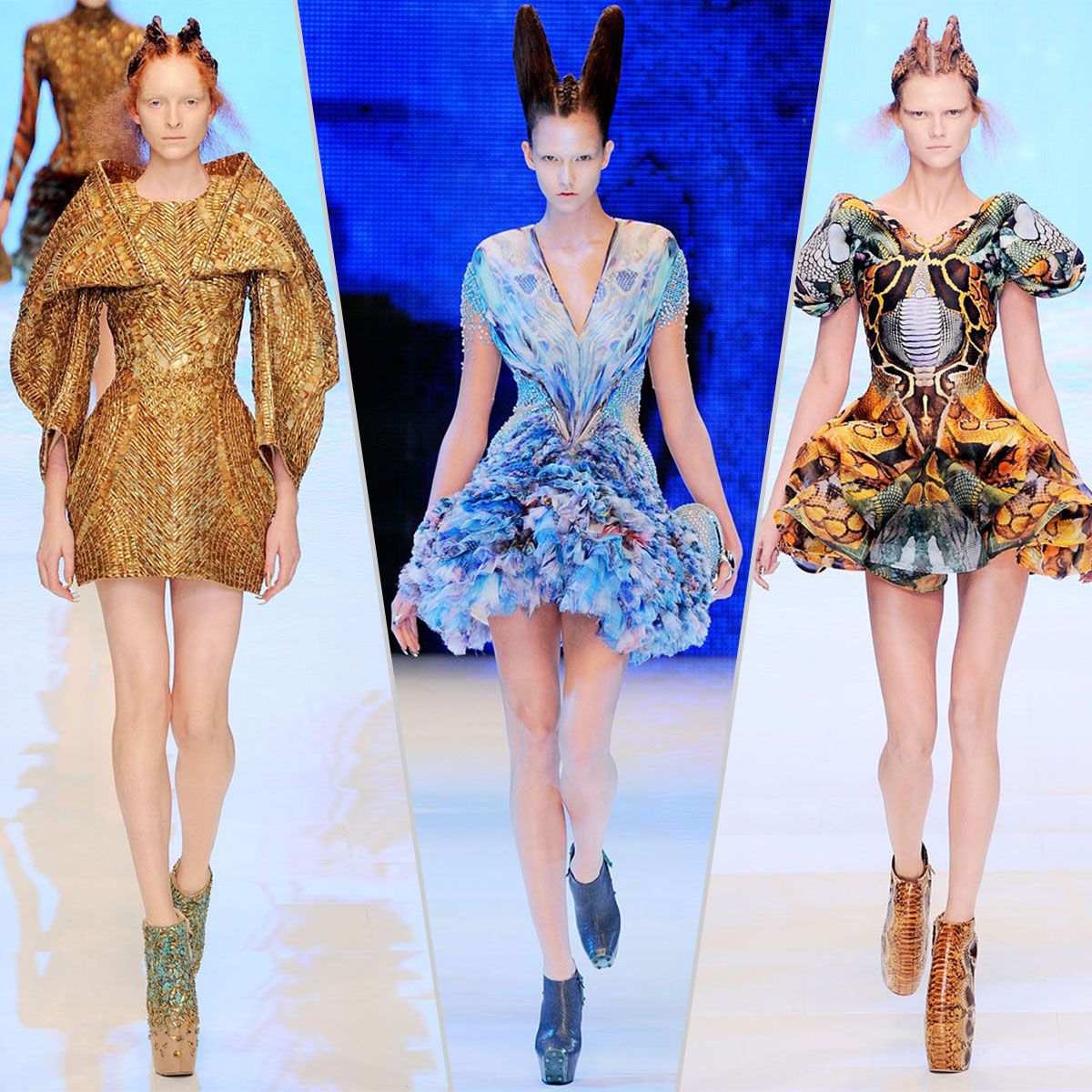 Alexander presented his last collection in 2010. It has become the anthem of modern technology. The designer not only used image-references to the world of the future but also broadcast the show online for the first time in the history of the industry. The collection was based on the story of Atlantis, a sunken island whose inhabitants built a unique civilization. All looks were created in a single copy, while the details were worked out to the smallest detail. This approach made all pieces look like museum expatriates and once again confirmed the undeniable genius of the legendary Alexander McQueen. 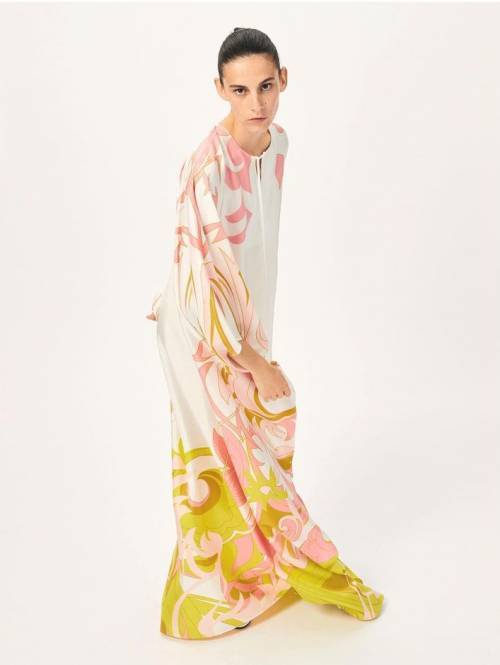