Octopus Lips and Nose Hair: The Strangest Beauty Trends of 2019 | World Fashion Channel
Our site uses cookies and similar technologies to ensure the best user experience by providing personalized information, remembering marketing and product preferences, and helping you get the right information. By continuing to browse this site you agree to our use of cookies following this notice concerning this type of file. If you do not agree that we use this type of file, then you must set your browser settings accordingly or not use the wfc.tv website. 6 Beauty Trends That Will Dominate 2020 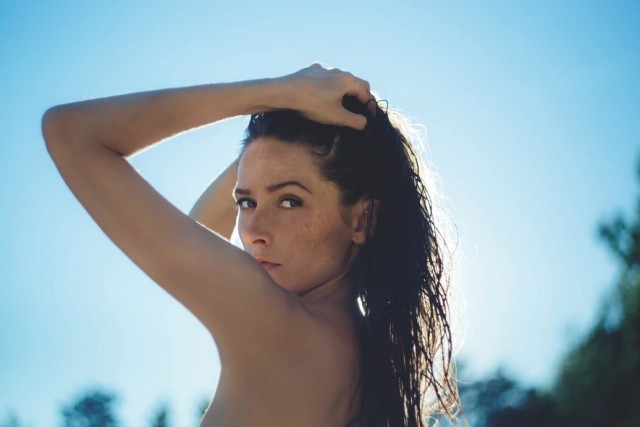 Shampoos With and Without Silicone: What We Need to Know

Every year, the beauty industry presents us some new trends that cause amazement, and sometimes even horror. One can only wonder how people dare for such experiments, and remember what unusual techniques were popular in 2019.

Octopus lips or “devil's lips” have recently become popular. After the first photos of this trend appeared on the Internet, almost no one believed that this was true. Many decided that some girls just try to make fun of the love for Photoshop and fillers, but it turned out that creating a wavy contour is a real cosmetology procedure.

Some cosmetologists assure that it is completely safe in conformity with the norms. More than that, after some time, the injections will dissolve and the lips will take their usual shape. But it’s only up to you to decide.

Hair Extensions... in the nose

Who said that false eyelashes should only be glued on the eyes? One of the Twitter users decided that they will have the place in their nose, too, and launched such an unusual beauty trend. The people’s opinion was divided: someone finds this hobby to be cute and harmless, while someone says that this hair looks like spiders that crawl out of the nose – as if worst nightmares…are about to come true.

The marine theme is especially popular in the eyebrow makeup: first, the girls began to brush them in the form of waves, and then - in the form of ... a fish tail. One thing is nice - these trends don’t require any strong intervention in the appearance and involve only the use of cosmetics.

For the first time this trend appeared in 2017, but it has become really popular only now.

To make such a wave, you need a dense concealer, gel and eyebrow pencil. It’s better not to go to work like that, but it’s an option for the photo shoot.

This summer, the yellow face color was no longer considered to be the sign of disease - the trend for unusual blush gained popularity on Instagram. But it’s not easy to find such blush, but you can use well-pigmented, water-proof eye shadows instead.

Singer Rihanna decided to support this trend and included a yellow highlighter in the main line of her cosmetic brand. And the famous beauty – blogger Jeffrey Star showed how to use it so well. To be honest, we like this trend - in addition to neon shades and lipstick, such sunny cheekbones will look great at a party. Some make-up artists offer not to limit the scope for creativity to just face and continue makeup on ... ears. Despite the fact that such a technique was first demonstrated by Pat McGrath at the Louis Vuitton show in 2015, it began to gain widespread popularity only recently. Makeup made in shiny or metallic colors can become a full replacement for accessories or emphasize their design. Although putting make up on your own ears is a rather difficult matter.

When the trend for creating the effect of kissed lips just started to appear, it was called sweet and seductive. But over time, the trend acquired some kind of hyperbolic form. Girls began not just to slightly shade the contour of the lipstick, but to smear it almost on half of their faces.

In the end, it became more like a Joker makeup than a fashionable tip. To create this effect, make-up artists recommend using a matte lipstick, because the cream one can spread, but it seems that no boundaries of the make-up exist now.