Home / Articles / Brand history / Chanel: how was an image of female dandy born 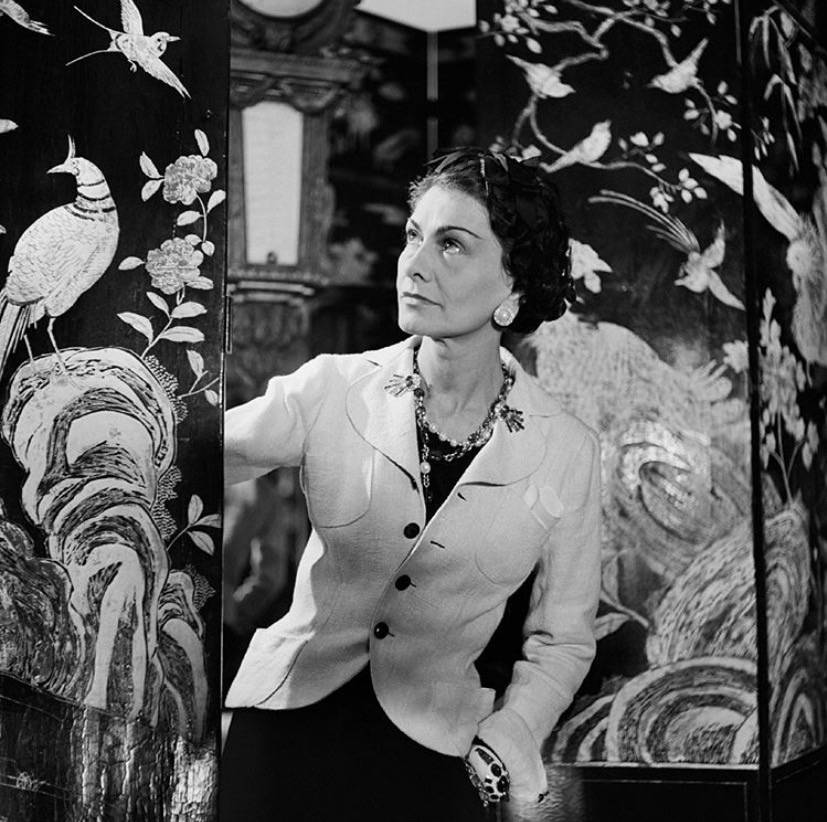 “If you were born without wings, do nothing to prevent them from growing.” The history of the great brand began with the difficult fate of one girl who was fragile outside, but very strong inside. Her name was Gabriel Boner Chanel. She was born in the family of a street vendor in the small French town of Saumur in 1883. As a child, Gabriel had to face two major losses - the death of her mother and her father's betrayal. He left the family, sending little Gabriel and her two sisters to a shelter. The girl spent almost 7 years within the Abbaye d'Aubazine, where she learned to sew and cultivated a love of rigor, black and white colors, and Baroque style.

Nevertheless, the strict conditions of monastic life did not prevent young Gabrielle Chanel from becoming a charming girl. Having matured, she has been spending all days sitting behind the sewing machine and singing in a cabaret for cavalrymen every night. Right there she was nicknamed Coco - the girl often performed a song called "Who has seen Coco in the Trocadero?" 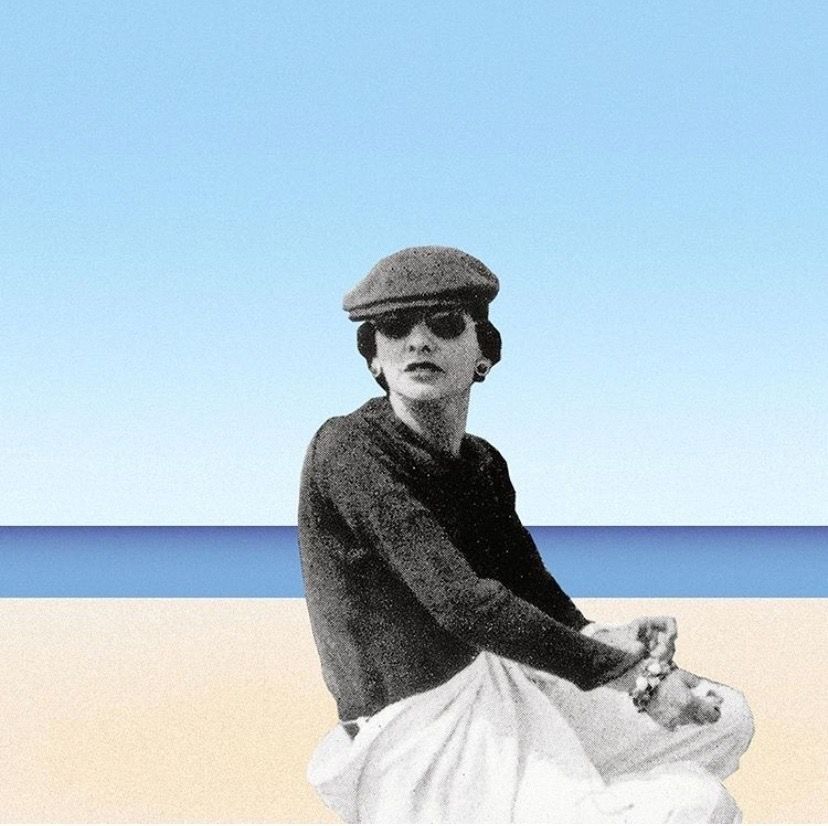 Boyish temperament was the main feature that distinguished Coco from her contemporaries. She always dressed creatively and did not tolerate the pomposity and heaviness of women's gowns whilst being inspired by men's fashion. The first bold step, the novice fashion designer Coco Chanel took while creating the design of her hats - she removed the feathers that were fancy at that time to make the headpiece simpler, easier, and more elegant. And soon, this approach won over ladies from high society.

Another significant event in Chanel's life was a meeting with the English aristocrat Arthur “Boy” Capel, which marked the beginning of their strong love and common cause. Thanks to him, she got acquainted with literature, the East and esotericism, and became that Chanel which the whole world knows now.

Independence is what she worked for. She wanted to be free from public opinion, prejudices and traditional ideas about how a woman should look like. It was this desire that prompted her to revolutionize the world of fashion by changing the regular female silhouette. Coco Chanel shortened the length of the dress, thereby baring the ankles, got rid of corsets, introduced into fashion clothes made from jersey as well as short haircuts and a tan. Mademoiselle Chanel opened her first Fashion House in 1918 in Paris. From this moment, a new fashion era began.

The death of her lover served as a motivation to continue what they once started together. Arthur Capel died in a car accident that made Coco Chanel plunge into deep mourning. As a sign of grief at the loss of her beloved, Chanel wore a small black dress for a long time, which soon became part of the DNA of the Chanel fashion house and the main item of clothing for all occasions. Besides, the collarless jackets and well-fitted skirts became the legendary products of the brand, the main advantages of which were laconic and comfort fit.

Later, Chanel also released a phenomenally successful perfume Chanel No. 5. This innovation revolutionized the industry - since before that not a single clothing designer had produced his perfume - and was another factor in the brand's ever-growing success. 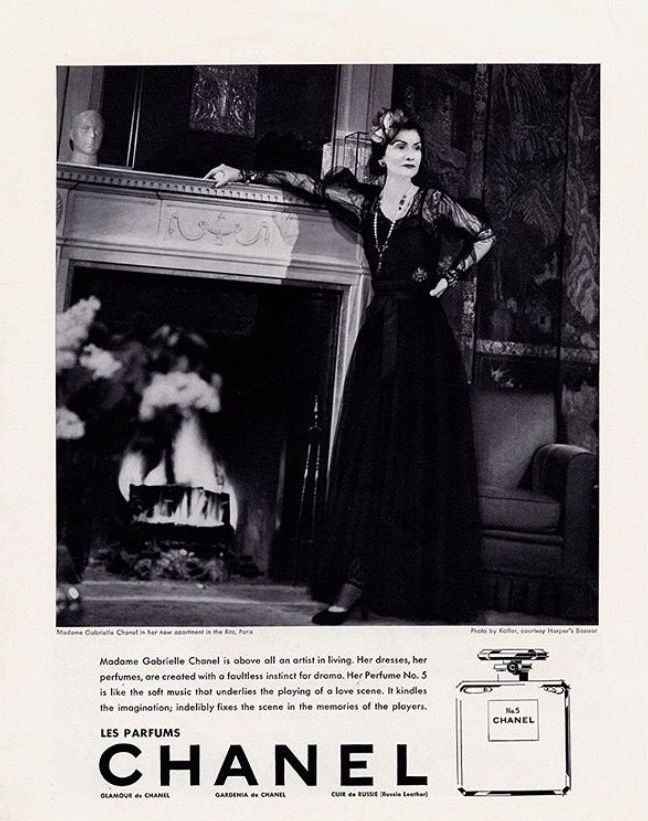 Another extremely successful Chanel development was the 2.55 shoulder bag. This genius design with an elongated belt allowed to carry the bag on your shoulder, and not to hold it in hands. This product is still very popular among modern women, even though this model was released in 1955. Do not forget that Chanel introduced fashion jewelry, transformer jewelry, pleated skirts, white dresses made of cotton fabric, tweed jackets, two-tone shoes, and scarves. She also dressed the movie stars under a contract with Hollywood.

Coco Chanel died in 1971, leaving no official successors, which attracted many who wanted to appropriate the heritage of the fashion house.

Only 12 years after the death of Coco, the post of chief modeler of Chanel was taken by the German designer Karl Lagerfeld. The 1986 Haute Couture creative collection which led him to receive the Golden Thimble Award and established Lagerfeld on the throne of the Chanel empire. 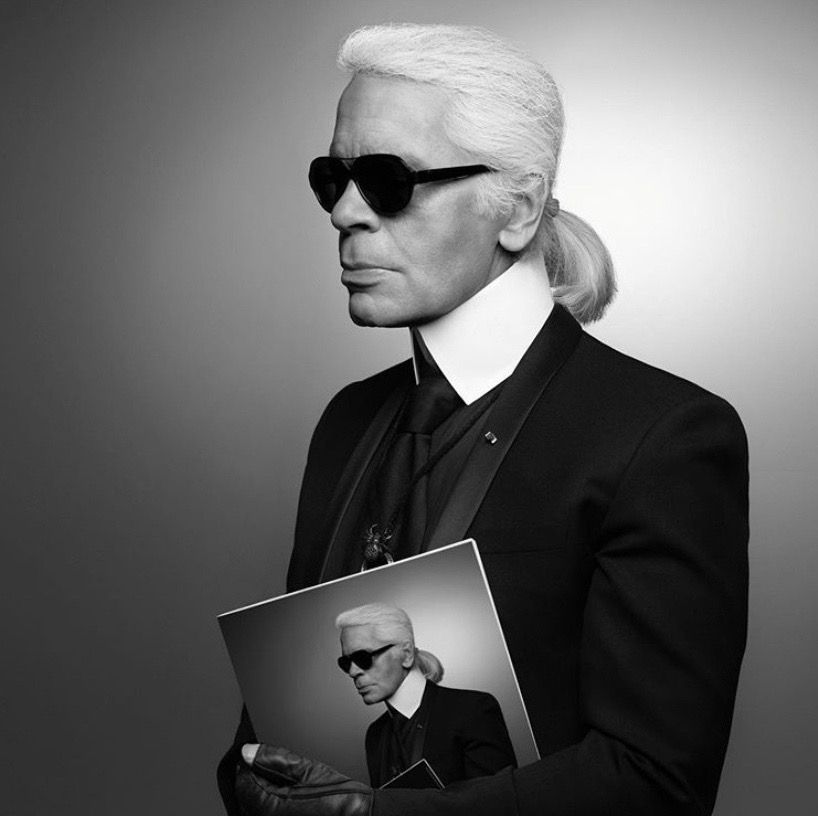 Karl attracted other companies to cooperate as well as founded the Précision cosmetic line, new fragrances, a line of glasses, and sports accessories. With the help of classic branded details (chains, edging, metal buttons), the couturier turns miniskirts, bustiers, leather jackets into recognizable items from Chanel Fashion House. in the 90s he managed to return the connoisseurs of classics to the number of fans of the brand despite the bold experiments, tweed suits and evening dresses in the belle époque style that he made. The master saved the Coco Chanel's style and always followed the main canons of the Chanel empire - a combination of practicality and luxury. February 19, 2019, Karl Lagerfeld died.

Fortunately, the story of the lack of a receiver did not repeat itself. Virginie Viard, who was Karl Lagerfeld's right hand, got the post of the Chanel Creative Director.

Viard joined Chanel in 1987 as an intern at the embroidery studio. After 4 years, Lagerfeld appreciated the talent and potential of Virginie and appointed her to the position of studio director. When the maestro created collections for Chloé in 1992-1997, Viard followed him. She returned to Chanel as the coordinator of haute couture, and in 2000 she began to engage in ready-to-wear collections. Virginie Viard worked with Karl Lagerfeld until his death. It is too early to talk about what changes will occur with the brand under the leadership of Virginie Viard, whether it will be a new era of Chanel or an unchanged adherence to the pastels of the fashion house. But one thing is certain - Chanel will be always timeless despite everything.

Watch our report from the Chanel spring-summer 2020 fashion show here.