Christian Dior: from a New Look to the Feminism | World Fashion Channel
Our site uses cookies and similar technologies to ensure the best user experience by providing personalized information, remembering marketing and product preferences, and helping you get the right information. By continuing to browse this site you agree to our use of cookies following this notice concerning this type of file. If you do not agree that we use this type of file, then you must set your browser settings accordingly or not use the wfc.tv website. 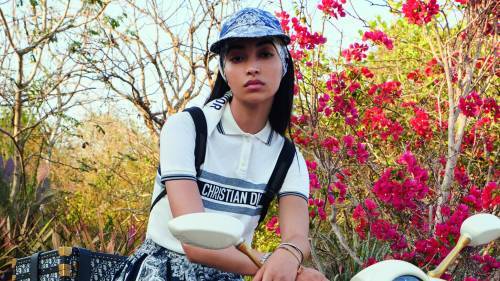 “My dream is to save women from nature”. 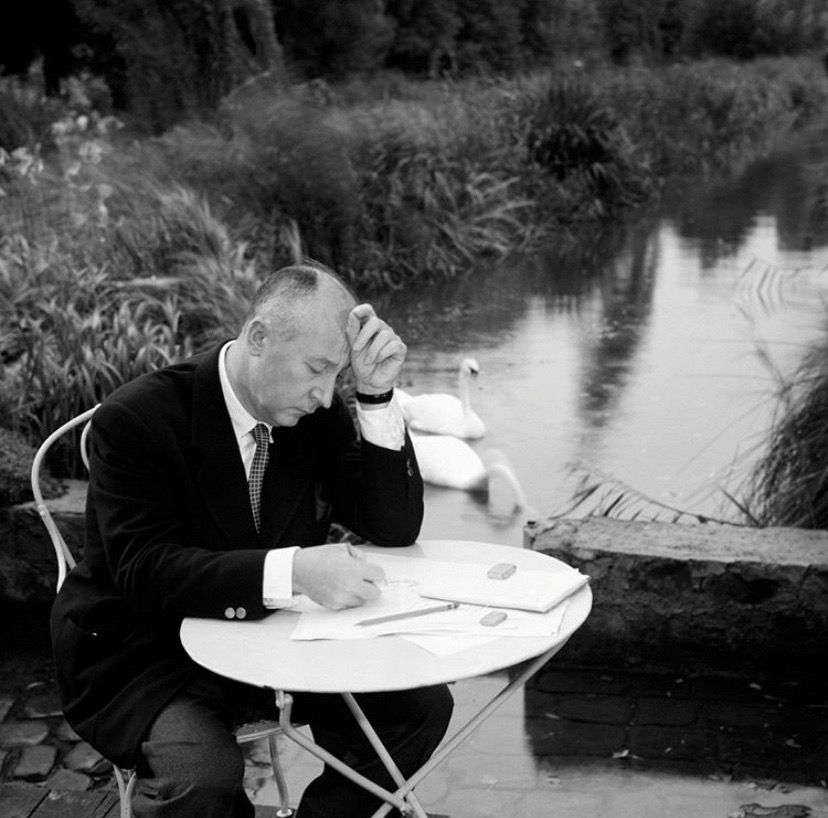 The history of the French fashion house Dior began in 1946, when a young and enthusiastic designer Christian Dior opened his atelier in a small mansion on Avenue Montaigne in Paris. That is where a year later, a fashion revolution will be made - in February 1947, Dior presented his first spring-summer collection which changed the usual female silhouette forever.

This collection included the Corolle and En 8 lines as well as flared skirts, accentuated waistline, and the iconic "Bar" suit.  Dior's first work got many positive reviews, including the admiring comment of Harper's Bazaar Editor-In-Chief Carmel Snow. "It's quite a revolution, dear Christian! Your dresses have such a new look," she exclaimed. Subsequently, the term New Look was assigned to the brand and ushered in a new era of French fashion. 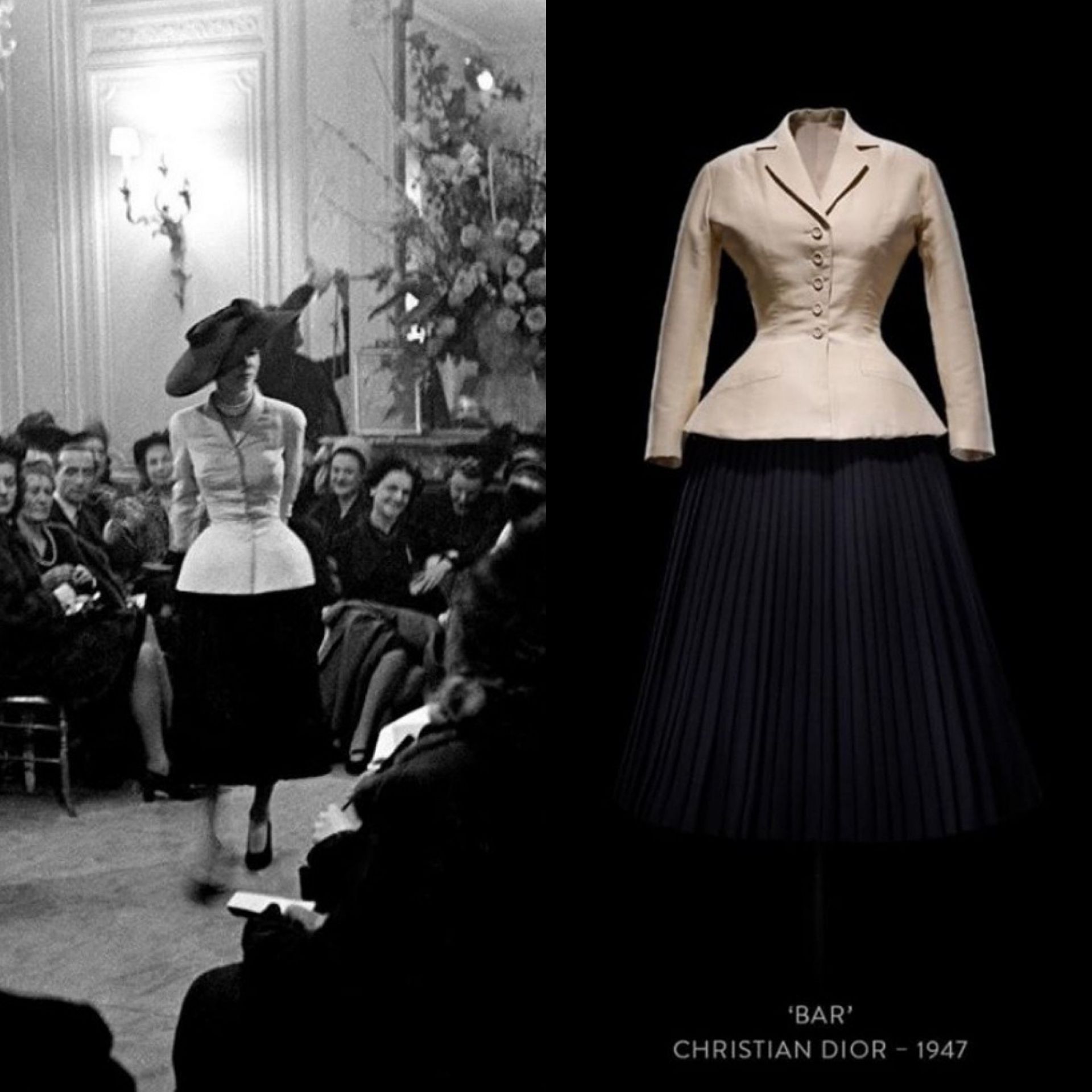 "I wanted my dresses to be 'constructed', moulded on the curves of the female body whose contours they would stylish. I accentuated the waist, the volume of the hips, and I emphasized the bust. In order to give my designs more hold, I had nearly all the fabrics lined with percale of taffeta, renewing a tradition that had long been abandoned," said Christian Dior.

In one night, Christian Dior turned from a young enthusiast into a talented couturier that all Paris was talking about. Following the huge debut success, Dior released its first fragrance named "Miss Dior" which reflected the young, modern spirit of its brand; opened a Dior studio in New York whilst licensing accessories, furs, and bags under his name. By the mid-1950s, Dior had become a highly respected fashion empire and dressed thousands of fashionistas and celebrities, including Marlene Dietrich, Ava Gardner, and members of the royal family.

There was also tragedy in 1957. Christian Dior died unexpectedly for a heart attack, at the very peak of his career and the popularity of the brand.

The first receiver of the great couturier was the 21-year-old Yves Saint Laurent. His first Christian Dior Haute Couture collection for Spring/Summer called the Trapèze line was presented in 1958. "The figure was lost in favor of style", that is how he explained the main idea of the collection. Saint Laurent created a new trapezoid silhouette by loosening the body-tightening styles so loved by Christian Dior. When Yves Saint Laurent was drafted into the army in 1960, Marc Bohan was appointed in his place. Leading the fashion house for almost three decades, the French designer introduced the so-called Slim Look - a more flexible and soft adaptation of the canonical Dior's silhouette.

In 1989, Italian Gianfranco Ferre became the successor of Bohan and the first foreign designer invited to work for Christian Dior.  Ferre returned the aesthetics of the founder of the House, Christian Dior, relying on a relief silhouette, sophisticated decor, and true French chic. However, the triumph of Ferre did not last long - he left the brand in 1996.

The next creative director of Dior was daring and extravagant John Galliano. For all his five-year leadership, the style of the French brand has become more avant-garde, theatrical, and teeming with intricate decor. In 2011, there was a sensational about the genius which instantly put an end to his career in Dior fashion house – Galliano took the liberty of telling some anti-Semitic statements in public.

In 2012, the time has come for the Belgian Raf Simons. Simons looked at the Dior archives through the prism of minimalism - he emphasized the very feminine geometry that was loved by twentieth-century fashionistas. The designer rethought the bar jacket, presenting it in the form of a tuxedo, then bringing it to a full-fledged dress, added innovative materials such as latex, made a bet on futuristic prints coupled with Christian Dior's signature floral metaphors. Raf Simons left the fashion house for personal reasons, showing the 2016 spring-summer collection in the Louvre.

In July 2016, a new round took place in the history of the brand - for the first time, the post of Dior creative director was given to a woman. Italian Maria Grazia Chiuri has placed the brand in conditions of socio-cultural changes that have affected the world in the past few years. In 2017, the designer presented her debut collection for the spring-summer season, which became a strong statement and a call for a revision of attitudes towards women. Models appeared on the catwalk in T-shirts with screaming inscriptions We Should All Be Feminists and Dio (R) evolution.

The modern Dior girl is always courageous, strong, but at the same time gentle and romantic. She feels herself comfy wearing fluffy skirts made of transparent tulle, a translucent top-bustier, and puts on a leather corset over a T-shirt. She does not pay attention to stereotypes and prejudices, she is free. It seems that now more than ever, a woman has become closer to be exempted from nature.