“The bitterness of poor quality is remembered long after the sweetness of low price has faded from memory.”

Guccio Gucci was born March 26, 1891, in Florence, Italy, in the family of a craftsman. In the early 1900s, a young man moved to London taking a job at the Savoy Hotel, where he serves as a porter, lifter, and waiter. While working with wealthy guests, Guccio was impressed by their incredible suitcases and bags - that is how he decided to set up his own business. In 1921, Guccio Gucci returned to Italy to start his production of genuine leather products.

Since the mid-1920s, the children of Guccio Gucci have joined the family affair. The father's main assistant was the eldest son Aldo, who invented the Gucci trademark using two intertwined letters GG, which symbolized the name Guccio Gucci.

In 1937, the workshop turned into a small factory that allowed to increase opportunities for producing more goods such as handbags, suitcases, and gloves. One of the most iconic Gucci handbags, which has become a symbol of the brand, was created in 1947 and called the Bamboo Bag. It had the shape of a saddle and a bamboo handle. By the middle of the 20th century, Aldo Gucci significantly expanded the brand's assortment, complementing it with silk scarves, ties, and watches. Besides, it was Guccio Gucci's eldest son who came up with the idea to conquer the American market. During the 1940s, the brand has been actively distributing its products in the United States - in 1953, the first Gucci boutique was opened in New York on the legendary Fifth Avenue. That same year, Guccio Gucci died. After his death, a big scandal erupted during the division of the inheritance, which flowed into many years of litigation. Gucci's children could not share the remaining capital and the company: as a result of lengthy proceedings, exactly half of the shares went to the elder Aldo, who led the company.

In the 1950s, Gucci's signature striped braid appeared, the prototype of which was the cinch of the saddle, as well as the famous moccasins with metal elements.

Between the 1960s and 1970s, Gucci has been expanding their production by launching lines of women's clothing, perfumes, and fur garments. Meanwhile, numerous boutiques were opened in Italy, France, England, Japan, and Korea.

Over time, the brand began to be extremely popular great among such Hollywood celebrities as Elizabeth Taylor, Ingrid Bergman, Grace Kelly, Peter Sellers, and many others. Jacqueline Kennedy often appeared in public with a small Gucci handbag over her shoulder. Subsequently, this model was named after her - "Jackie O". 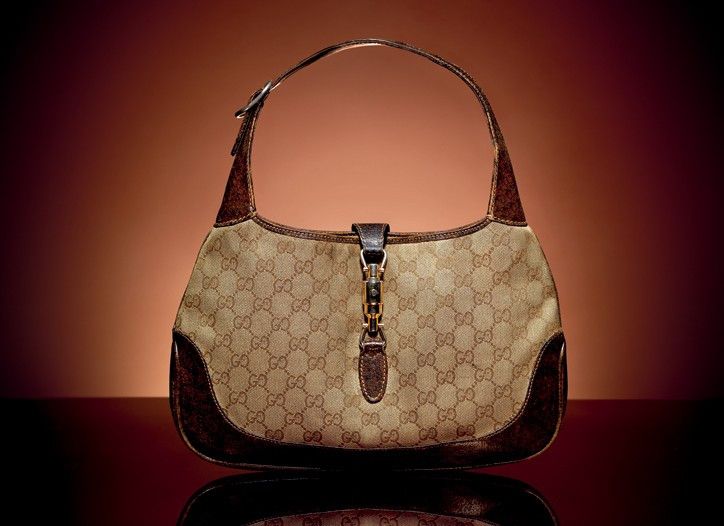 80-90 years have become a low point in the history of the brand. In less than 10 years, Gucci's reputation has wrecked. The reason for this was the next family scandals related to the division of the business. In 1983, after the death of Rodolfo Gucci, his shares were inherited by his son, Maurizio. During his sole leadership, a licensing program was developed, as a result of which hundreds of small firms including Asian ones received the right to produce garments with Gucci's logo. This was leading to the introduction of low-quality goods decorated with the Gucci badge. By the end of the 1980s, wearing brand-name items was considered bad form.

In 1987, investment company Investcorp began buying shares in Gucci fashion house. In 1993, Maurizio, who brought the company almost to ruin, sold his stake to Investcorp - since then, Gucci's house no longer belonged to its founder's family. In 1995, Maurizio Gucci was shot dead outside his Milan office. The ex-wife of Patricia Reggiani was found guilty of his death.

The new owners of the company decided to revive the former glory of the legendary Gucci house and restore its reputation in the minds of buyers. One of the most important steps towards this was the invitation of American designer Tom Ford to the position of creative director. That marked a new stage in the Gucci's history. 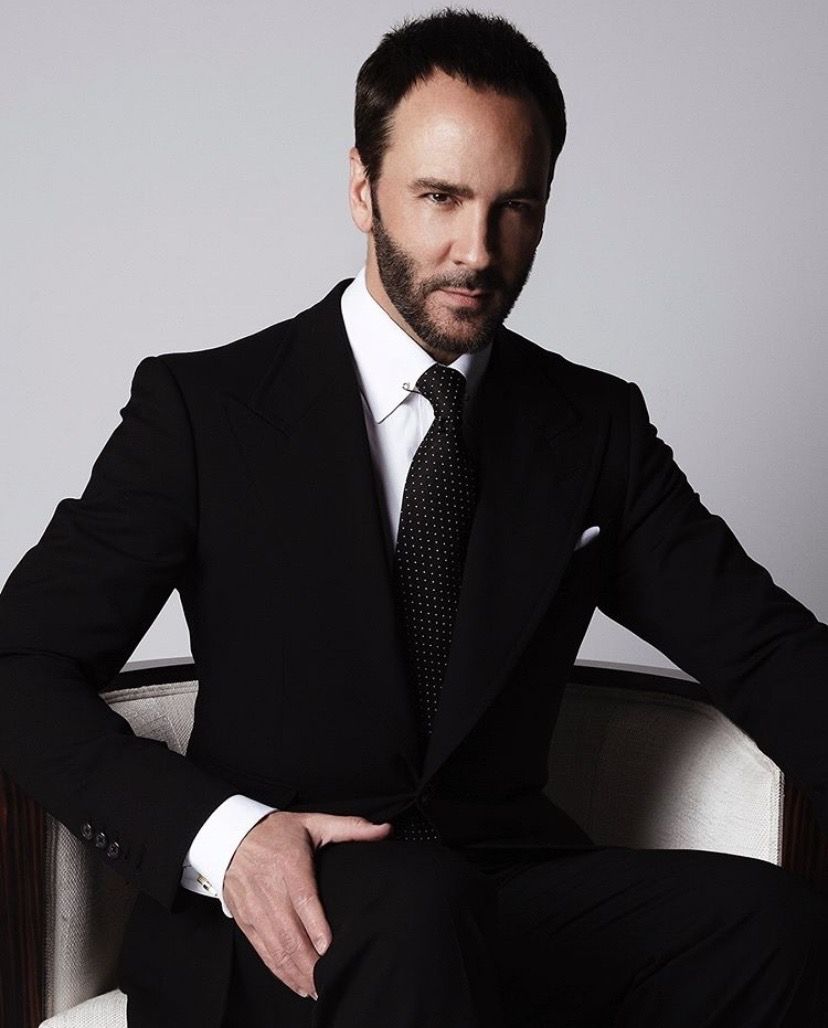 The first collection, created by Tom Ford for Gucci, made a splash. For this, the designer was awarded the title "Best Designer of the Year by the Council of Fashion Designers of America" in 1996. A significant part of the revival of Gucci was played by Domenico de Sole, who took the position of CEO in 1995. Competent marketing policy of the company has led to a rapid increase in sales and the development of the market for luxury goods. As a result, by the end of the 90s, Gucci became one of the most popular brands and even broke the Guinness World Record in the category "The Fastest Take-Off of the Fashion House".

In April 2004, Gucci Group, which included Yves Saint Laurent, Balenciaga, Alexander McQueen, and many others, was acquired by the French corporation Pinault Printemps Redoute (PPR). Due to disagreements with the new management, Domenico de Sole and Tom Ford left the company.

In 2006, Alessandra Facchinetti, having released only two collections, left Gucci due to serious disagreements with the company's management. She was replaced by Frida Giannini who attracted a huge number of customers, including celebrities.

Frida Giannini left the post of Gucci creative director in 2015; the Italian designer Alessandro Michele was appointed in her place. His first collection was a strong statement saying that the new designer was going to change the brand radically. Frida Giannini's feminine glamor has been replaced by a gender-neutral, infantile, and punkish Michele's style, which has already become a new part of Gucci DNA. 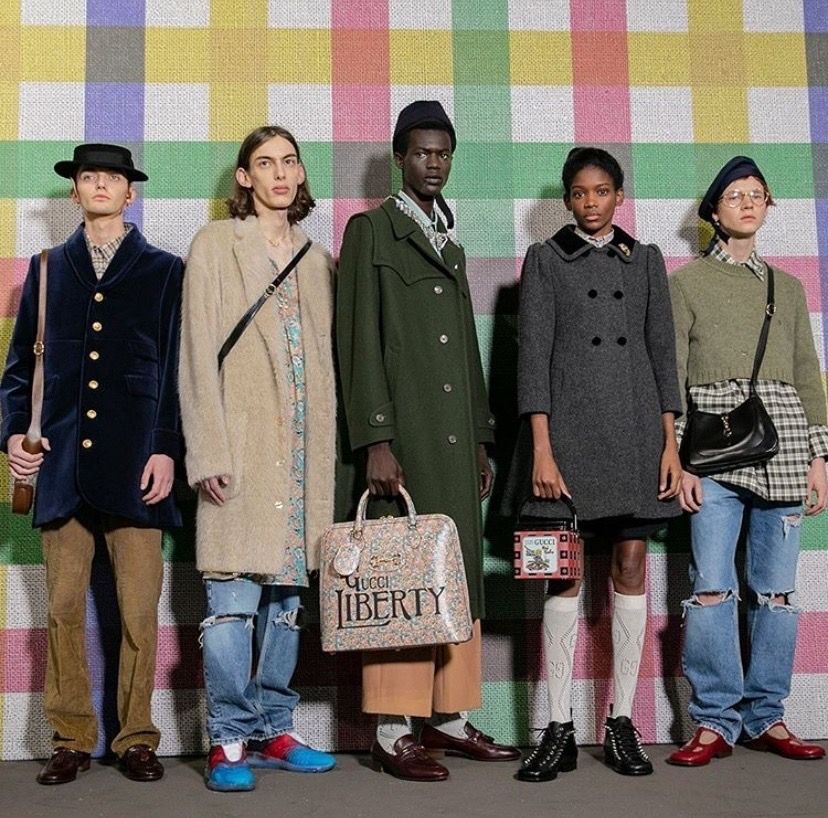 Gucci's philosophy has changed over time - it is still a luxury brand, but today it no longer puts glamour and chic at the head of the table. Visual values have been replaced by awareness, which manifests itself in a careful attitude to nature, conscious consumption, and a philosophical approach to the fleeting and transience of fashion.