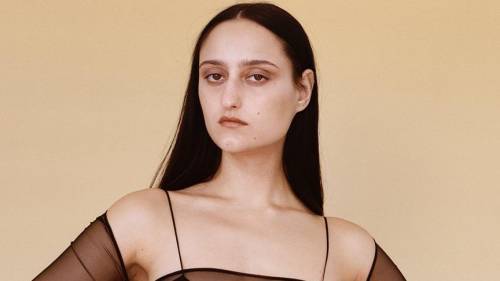 The Louis Vuitton Foundation has named the winners of the 2021 LVMH Prize for Young Fashion Designers: in order to personally receive their awards from the hands of actress Isabelle Huppert, its finalists gathered in Paris. Previously, the collections of all participants were reviewed by Virgil Abloh, Kim Jones, Stella McCartney, Marc Jacobs, Jonathan Anderson, as well as other experts from the fashion industry and the LVMH conglomerate.

Among the nine finalists, the Jury awarded the LVMH Prize to Nensi Dojaka, 27, an Albanian womenswear designer based in London. She will receive a 300,000-euro endowment and will be mentored for one year by a team of LVMH experts. Given the incredible talent of the finalists, the Jury decided to award the Karl Lagerfeld Prize to three designers: Colm Dillane, 29, the American founder of the KidSuper label based in Brooklyn (womenswear and menswear), Lukhanyo Mdingi, 29, a South African designer based in Cape Town (womenswear and menswear), and Rui Zhou, 26, the Shanghai-based Chinese designer behind the brand Rui (genderless fashion). They each receive 150,000 euro and will enjoy a one-year mentorship.