Home / Articles / Insiders / Designer and Musician: The New Creative Director of Kenzo and What We Know About Him

Designer and Musician: The New Creative Director of Kenzo and What We Know About Him 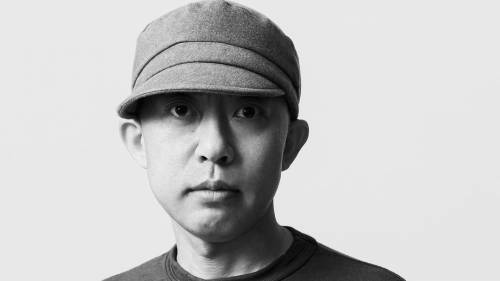 The management of the giant French luxury conglomerate LVMH on Wednesday announced that it has named Tomoaki 'Nigo' Nagao as new artistic director of Kenzo.

Nigo, best known as the founder of streetwear brand A Bathing Ape, has over 30 years of experience in the fashion industry. From the earliest years of his creative activity, Nigo was inspired by the works of Kenzo Takada. “I was born in the year that Takada Kenzo-san [Mr. Kenzo Takada] opened his first store in Paris. We both graduated from the same fashion school in Tokyo. In 1993, the year that Kenzo joined the LVMH Group, I started my career in fashion,” the brand's new creative director shared his story.

“I am proud to have been appointed artistic director of Kenzo. Kenzo-san’s approach to creating originality was through his understanding of many different cultures. It is also the essence of my own philosophy of creativity. Inheriting the spirit of Kenzo-san’s craftmanship to create a new Kenzo is the greatest challenge of my 30-year career, which I intend to achieve together with the team,” said Nigo in a statement.

Nigo He has also collaborated with numerous brands and individuals including launching a capsule collection with Virgil Abloh for Louis Vuitton in 2020 and partnered with Pharrell Williams to launch streetwear brands Billionaire Boys Club and Ice Cream. He also worked with Uniqlo on its UT brand, and in 2010, he launched his new brand Human Made.

By the way, Nigo is associated not only with the fashion industry, but also with the music: he is the DJ of the popular hip-hop group Teriyaki Boyz and the founder of the music label BAPE.

The appointment of Nigo is effective on September 20, 2021, and the first collection in his performance can be expected at the January Paris Fashion Week.