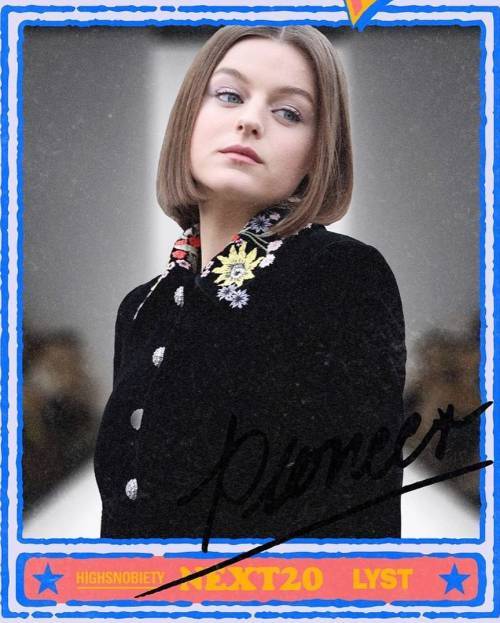 Lyst, one of the world’s biggest fashion shopping platforms, and streetwear portal Highsnobiety launched The Next 20, listing the next-generation brands and cultural pioneers on the rise. Who should you start following now?

So, among the main brands that will determine the development of fashion in 2021 were the Italian brand Maximilian, Nensi Dojaka - the brand of the Albanian designer that Bella Hadid literally adores, as well as Nocta, Nike’s sub-line created in partnership with Drake. The authors of the rating were interested in the brand of designer Harris Reed, whose show made a splash at London Fashion Week, as well as the futuristic brand Post Archive Faction.

Other brands worth seeing included Motherlan, Charles de Vilmorin, Story MFG, Bstroy and Saint Michael. According to the authors of the report, such young brands as Connor McKnight, Human Race, Saul Nash, ERL, Dingyun Zhang, Illegal Civ, Rui Zhou, Heavn, Mowalola, as well as Cactus Plant Flea Market, which became famous thanks to collaborations with Kanye West, Travis Scott and Nike have “become new age fashion brands, those whose every move is aimed at groing its brand universe,its visual identity, and consumer loyalty above anything else”.

Lyst and Highsnobiety rank Amanda Gorman as the main influencers and “cultural pioneers” of 2021. The Crown star Emma Corrin also claims to be a modern style icon. The list included the name of the star stylist Harry Lambert, who has long and successfully collaborated with Harry Styles. The ranking also includes skateboarder and actor Nico Hiraga and plus-size model Precious Lee.