The phenomenon of Alessandro Michele: a two-decades-long love affair with Gucci | World Fashion Channel
Our site uses cookies and similar technologies to ensure the best user experience by providing personalized information, remembering marketing and product preferences, and helping you get the right information. By continuing to browse this site you agree to our use of cookies following this notice concerning this type of file. If you do not agree that we use this type of file, then you must set your browser settings accordingly or not use the wfc.tv website. 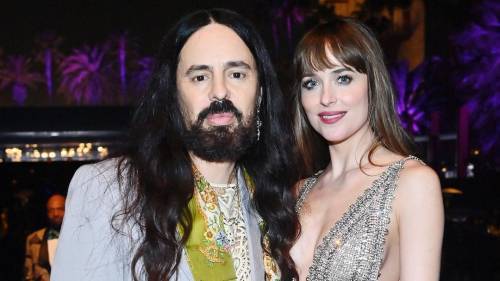 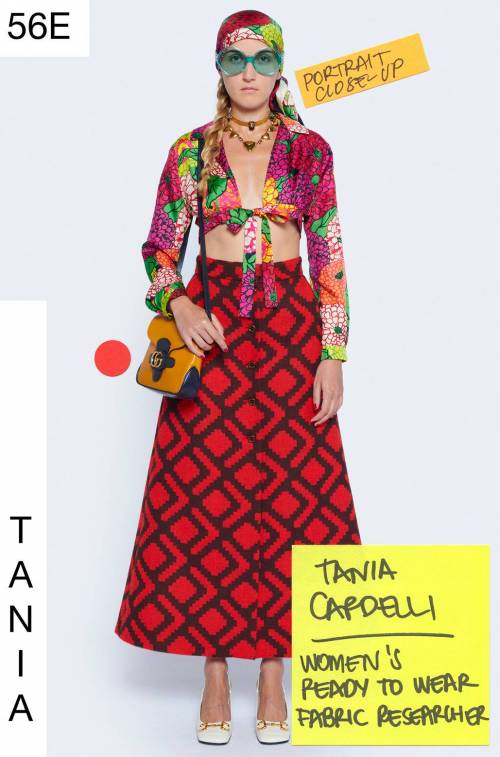 Mary Leest: “Why not make a trend to love each other?” 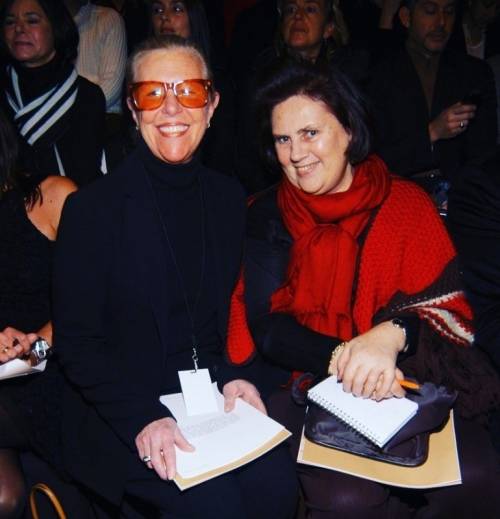 Irina Lis Costanzo: "Unexpected situations and unusual tasks are my favorite – they motivate to do my best" 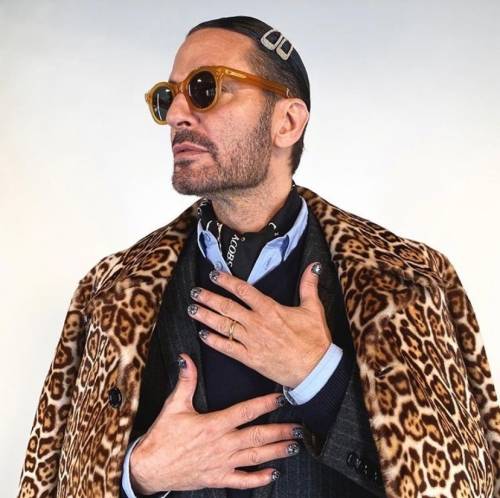 His favorite color is pink, such superstars as Jared Leto and Lana Del Rey are close friends of him, and the Gucci Fashion House has become his second home. Before being appointed as a Creative Director in 2015, Alessandro Michele spent 13 years working on the different positions at Gucci. "When I work, I need a beautiful place,"  the designer says while describing his beloved Gucci office in Rome.

Whether gifted from the birth or thanks to his artistic family background, without exaggeration and flattery, Alessandro Michele can be called a fashion genius. Or who else would dare to prepare his very first collection just in 5 days and get a standing ovation? His ideas win instantly over the hearts of the customers and fashion experts: as the fur-lined loafers or gender-fluid designs.  His love for art has been so strong that it led to the spectacular collaborations with the famous artists -  "Gucci Ghost" capsule with Trevor Andrew and gender-unified one with Coco Capitán. 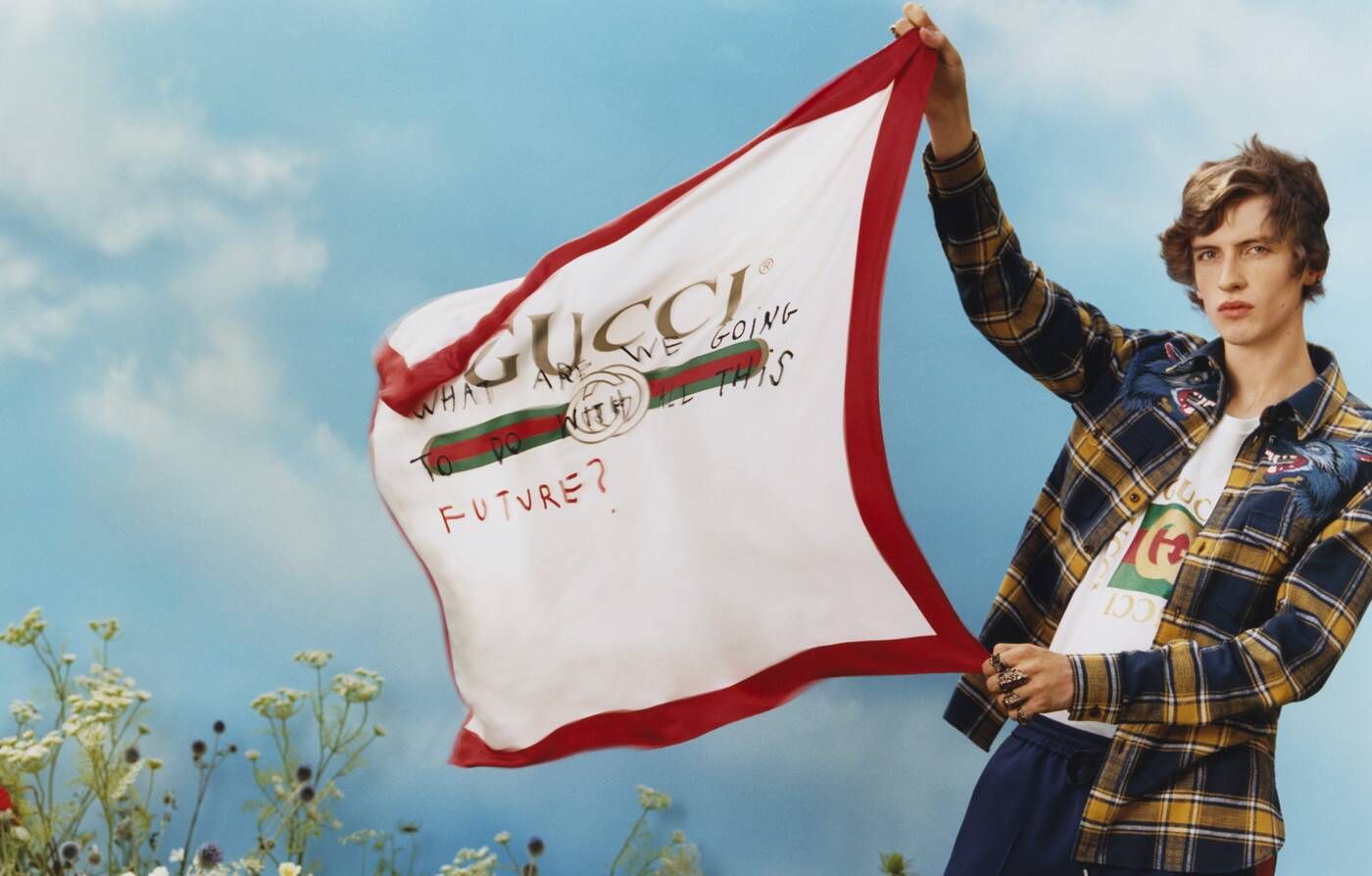 The FW 2018 collection, perhaps, best shows Michele's desire to embrace the "free spirit" - the designer wants to liberate the confines, to give his customers a freedom of choice of who they want to be and what do they want to wear, regardless their ethnicity or background. So, the models were going down the runway while holding their fake heads and covered in the Russian babushka's headscarves. No doubt, Alessandro Michele is one of a kind story maker - and not only for each of the collections but also for the whole brand. The quarantine marked a historical turn point for Gucci. Isolation inspired Michele to start three months long Appunti Dal Silenzio diary ("Notes from the Silence"), but these are not just personal thoughts. While making these seven entries, the designer steadily, step by step, rethinks Gucci's concept, values, and mission in the most revolutionary way - changing the focus onto sustainability, consciousness, and responsibility. Starting with " We Turned Out to be So Small" entry, Michele further intrigues the audience in his April note "About What we Would not Want to be the Same" that he feels "the urgent need to change a lot of things in the way I work."  Attempting to explain his 'Motive of a Choice,' the designer unveils that he wants "to renew a bond, purifying the essential by getting rid of the unnecessary." His vision of such reborn ‘New Creative Universe' focuses on the getaway "from an excessive performativity." Today the designer bravely claims that Gucci is about to abandon "the worn-out ritual of seasonalities," break the law of five fashion shows' schedule and present its collections only twice a year. Michele calls this 'The Sacred Power of Producing Reverberations.' In the last two entries, titled 'Community of Purpose' and 'In the Throes of What is Missing,' Alessandro Michele appeals to his community to take joint action in rethinking our relations with nature and Earth.

Indeed, he kept his promise: and just recently has introduced the new "Gucci Off the Grid" capsule made from organic and recycled materials, becoming the first luxury Fashion House who made such a radical move. However, Michele is not going to stop on one collection. Gucci will continue promoting circular models in the fashion world along with the "Gucci Circular Lines" initiative and "Gucci Equilibrium" via podcasts, Gucci North America Changemakers Scholars project, and many more to come.

Perhaps, Michele's secret of success lies in his real and sincere devotion - he glorifies what he has been doing as if it was a kind of religion. With his passionate Italian roots, he feels his Gucci journey deep inside the heart and admits that he has been in a "love affair" with the brand.