After a year of virtual shows, The 73rd Annual Emmy Awards took place on Sunday, September 19. Following the spectacles of New York Fashion Week, the VMAs, and the Met Gala, tonight’s fashion moments are sure to stun. Nominees include fashion darlings, Anya Taylor-Joy and Emma Corrin, as well as award show veterans Sarah Paulson and Catherine Zeta-Jones. 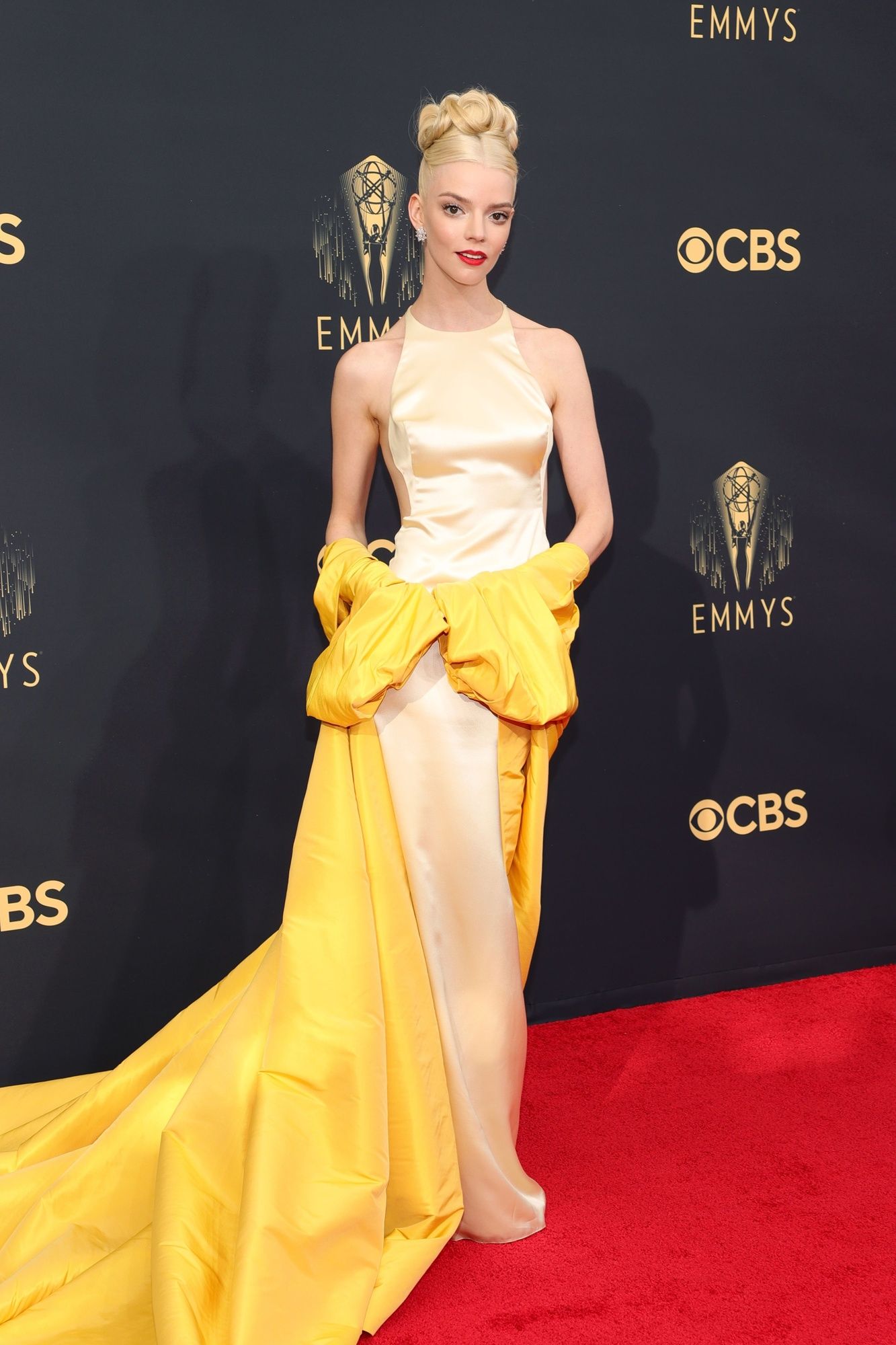 One of the main stars of the red carpet is Anya Taylor-Joy, the Queen's Gambit actress. Not so long ago, the star became the ambassador of her beloved brand Dior and has already appeared in the outfits of the fashion house at the Golden Globes and the Venice Film Festival, and Emmy 2021 was no exception. For the ceremony, the celebrity opted for a yellow Dior dress with a cream-colored halter. Her hair matched the gown's warm golden tone, and she finished off the look with a bold red lip and glamorous silver Tiffany & Co. Elsa Peretti Diamonds by the Yard. This year, actress Sarah Paulson also spot the light: in order to stand out from her colleagues, she decided to rely not only on the color of the dress - scarlet, but also on its style. Sarah came to the ceremony in a Carolina Herrera Spring 2022 gown made of taffeta with puffy, balloon and a deep neckline. Sne complemented look with Mateo earrings. Despite the fact that the television career of Emma Corrin, who played Princess Diana in the TV series The Crown, began quite recently, the girl is already called not only one of the most talented, but also stylish young actresses. The star really knows how to surprise the audience by choosing rather unusual outfits. At the Emmys-2021, she appeared in a Miu Miu yellow-beige strapless column dress, including dramatic matching fingerless gloves (which gave their claw-like stiletto-shaped nails a full moment) and a headpiece resembling a swim cap that was secured under their chin. Catherine Zeta-Jones, unlike Emma Corrin, opted for a win-win classic and wore a burgundy Cristina Ottaviano gown featuring a high leg slit, a chiffon trail and a fitted bodice. This is old Hollywood glam and is perfect for her. She was a presenter and was there to support her husband, Michael Douglas, who was nominated for Lead Actor in a comedy for The Kominsky Method. (That category went to Jason Sudeikis of course!) Gillian Anderson was one of those who went home with the coveted statuette. She won the award for outstanding supporting actress in a drama series for her role as Margaret Thatcher in The Crown. The actress wore a made-to-measure gown featuring a cropped top with an A-line, floor-length skirt, hemmed with raw silk fringing. The top is embellished with crêpe de chine silk tassels with deadstock metallic elements. The dress was designed by Gabriela Hearst, the French fashion house’s new creative director. She was styled by Martha Ward.