Microsoft founder Bill Gates introduced his 19-year-old daughter Phoebe Adele to the public. The girl appeared, accompanied by her famous father, at the annual Time 100 gala in New York, where they honored the most influential people according to the magazine. Gates this year, as always, was among the superheroes of the generation. For the event, he chose a black classic tuxedo, and his daughter appeared before the photographers in a long pink metallic dress from the Fend brand and diamond jewelry. Little is known about the youngest heiress of the magnate: she loves music and equestrianism. 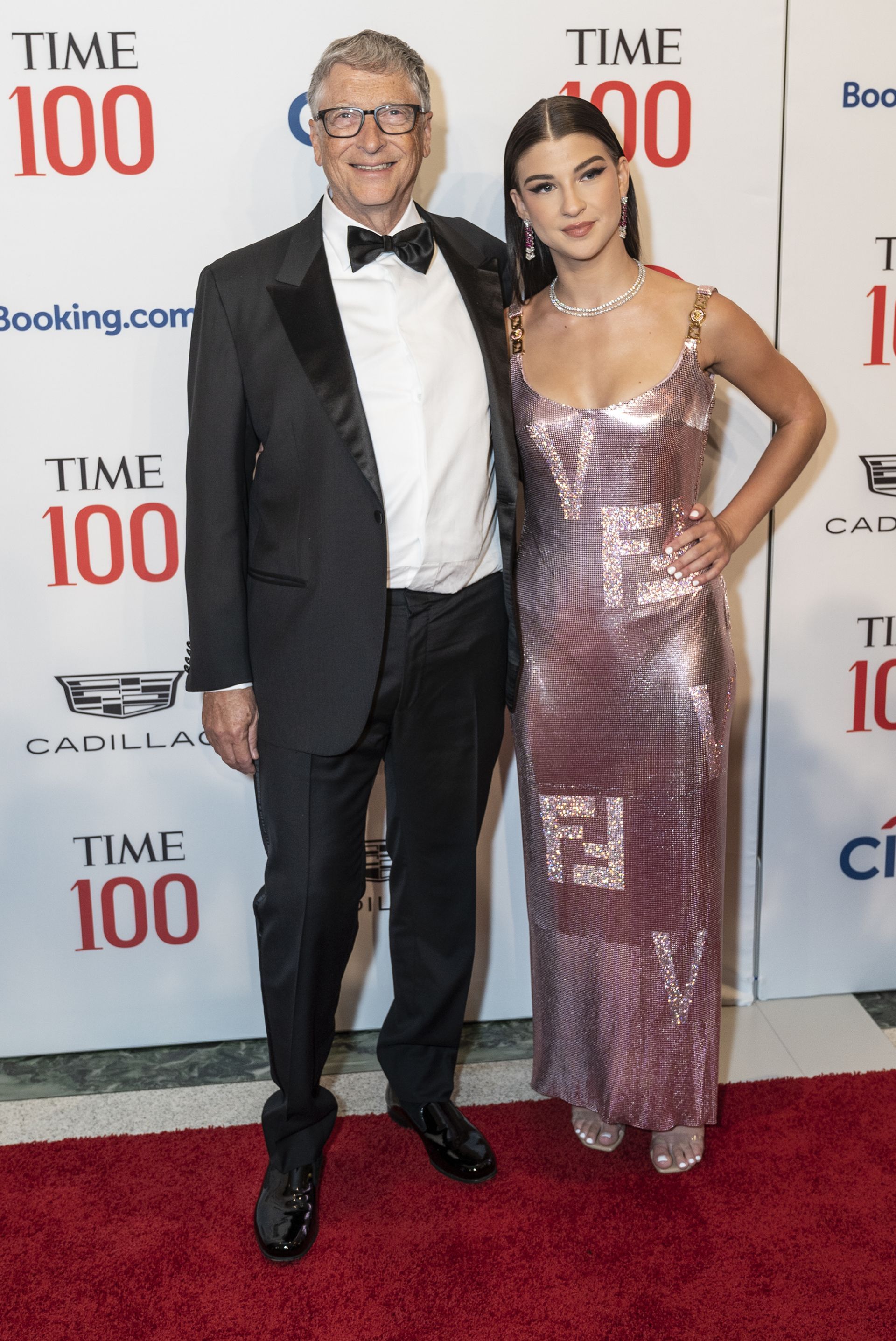 Phoebe's parents divorced last year and now she lives with her mother Melinda. All evening Bill sipped boba tea with balls, and his daughter talked with other celebrities. The event was also attended by Zendaya, Taika Waititi, Andrew Garfield and others. By the way, Gates' eldest daughter Jennifer last year married her Egyptian boyfriend, who is professionally involved in equestrian sports. Jennifer also loves horses. In 2018, after graduating from Stanford, her parents gave her a personal horse farm.