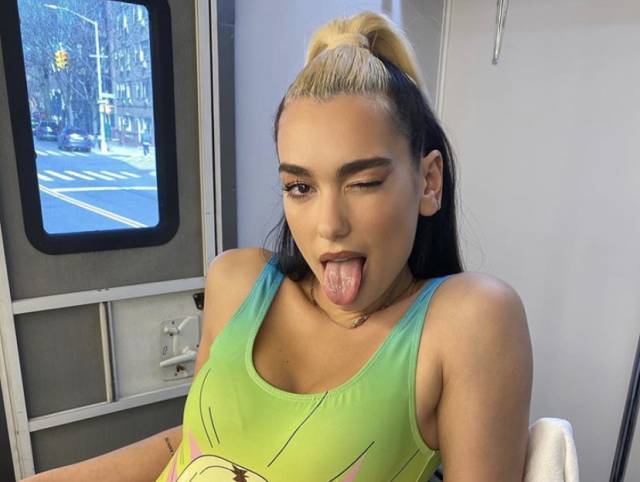 It seems that Dua Lipa has launched an advertising campaign in support of her new track “Physical”. In the music video for this song, the girl has a bright party, which takes place in animated rooms. Apparently, the Japanese style of the clip prompted the singer to create an unusual merch. Whatever you say, the star approached this issue creatively and unconventionally: instead of banal t-shirts, the girl decided to create something else as memorable souvenirs. Recently, she posted a picture on the ******* where she could be seen posing in a bright pop art body suit featured an anime character that looks strikingly like the singer on it with fishnet leg lining. Lipa's iconic eyebrows can be seen on the character and a shirt that has her name written on it. With her hair tied back in a ponytail, Dua Lipa captioned the photos as, ‘ Filming smthn 4 u in the newww merch’.

The cartoon character from the Japanese comic book turned out to be very similar to the singer - just as funny, unusual and bright. A celebrity in a colorful swimsuit poses cheerfully in the photo, as if teasing her fans. The popular performer clearly does not like to follow boring standards and every time surprises and inspires her fans.