Home / Articles / Сelebrities / HoYeon Jung is Louis Vuitton’s Newest Global Ambassador. Who Is She and Why Everyone’s Cut Up About Her 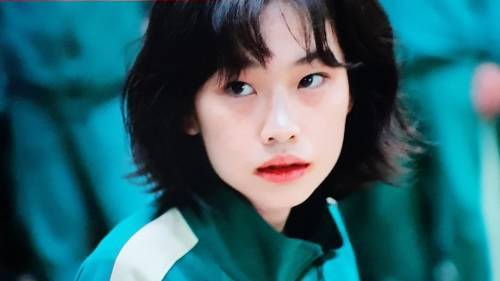 Louis Vuitton's creative director since 2013, Nicolas Ghesquière, has named the brand's newest Global House Ambassador for fashion, watches, and jewelry. This is the 27-year-old South Korean model and actress HoYeon Jung. In recent days, all eye are looking to her.

HoYeon is the star of the wildly popular Korean drama series Squid Game. The show, which premiered on September 17, has already topped the platform's top 10 most watched TV series, leaving behind the new seasons of Lucifer and Sex Education. In the story, HoYeon Jung played the role of a thief girl who is ready to do anything to defeat all rivals and earn $ 38 million. Since the start of the project, the actress became a real social-media superstar: in just a few weeks, Jung garnered a sudden influx of millions of followers.

After such a resounding success, HoYeon Jung's fans expected the actress to be offered a lucrative advertising contract, and Louis Vuitton was one of the first to make the offer. Nicolas Ghesquière said of the partnership, “I immediately fell in love with HoYeon’s great talent and fantastic personality”.

This isn’t the 27-year-old's first partnership with the brand: She first walked the runway in Louis Vuitton's 2017 spring ready-to-wear collection.

“Ho Yeon Jung joins as new Global House Ambassador for Fashion, Watches and Jewelry. Perfectly embodying the independent #Louis Vuitton woman, the Netflix #Squid Game star embarks on this new journey with the Maison after first gracing the runway and being featured in a ready-to-wear campaign in 2017,” the brand said in a statement.

In 2013 Jung took part as a competitor on Korea's Next Top Model, and then made her international modeling debut in 2016, she also walked for Opening Ceremony, Marc Jacobs, Fendi, Rag & Bone, Alberta Ferretti and Max Mara.

As for her love life, the actress is dating 36-year-old actor boyfriend. Lee Dong Hwi, who is also popular in her homeland and abroad. Jung is also known to be a close friend of Blackpink's lead singer, Jennie.