Karlie Kloss, Iman and Hillary Clinton Met at Prestigious Award | World Fashion Channel
Our site uses cookies and similar technologies to ensure the best user experience by providing personalized information, remembering marketing and product preferences, and helping you get the right information. By continuing to browse this site you agree to our use of cookies following this notice concerning this type of file. If you do not agree that we use this type of file, then you must set your browser settings accordingly or not use the wfc.tv website.

The Diana von Furstenberg Award ceremony was held in Washington on Wednesday. Every year, it celebrates women who have demonstrated outstanding leadership skills, strength, courage and determination. The guest list included models Iman and Karlie Kloss, politician Hillary Clinton became an honored guest of the ceremony. Iman, 64, was one of four women to be awarded this year. Iman donned a mermaid-style dress with a Tie Dye print, which is extremely trendy this season. The bright black and green outfit emphasized the slim figure of Iman. The model completed her dress with a matching jacket. 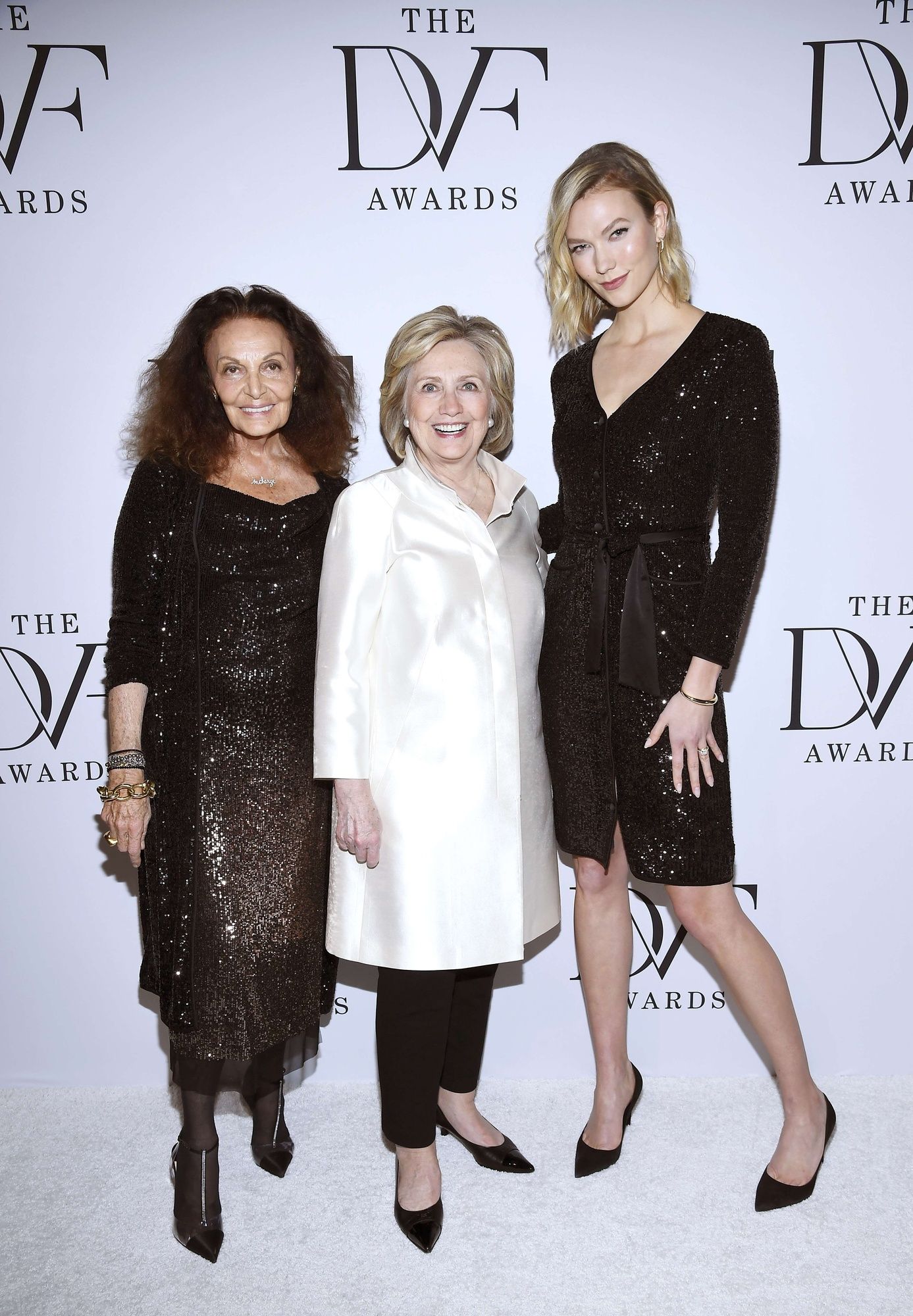 Hillary Clinton preferred the outfit in a laconic style: her look is made in a classic and win-win combination of a white top and a black bottom. A satin tunic is completed with black pants and creates a simple but elegant outfit.

Guests enjoyed taking pictures with the hostess of the evening and the founder of the award, Diana von Furstenberg. The 73-year-old fashion designer created the award ten years ago to support women who display outstanding qualities in their professional fields.