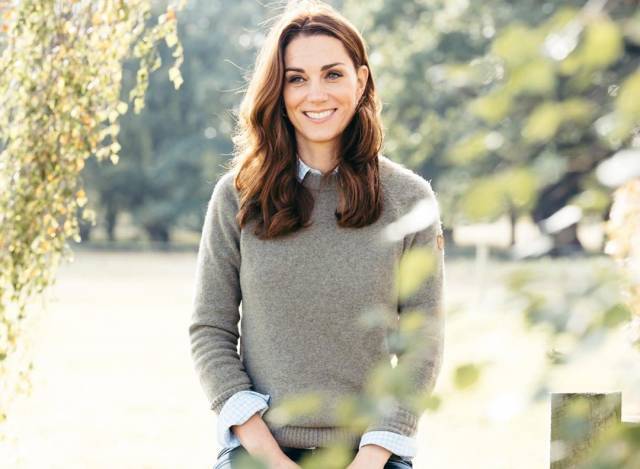 Kate Middleton rarely gives interviews, so fans of the Duchess know little about her life. Fortunately, the royal opened up about her pregnancies and motherhood journey in a new episode of the “Happy Mum, Happy Baby” podcast.

Duchess of Cambridge admitted that since the birth of the first child feels a constant sense of guilt that sometimes makes mistakes. "What I’ve learned over the last few years, it’s so fascinating," the 38-year-old said. "And I definitely would have done things differently, even during my pregnancy, than I would've done now knowing the importance of the early years."

When it comes to combating parenting pressures, simplicity is key. "Life now is so busy, so distracting, and actually sometimes the simple things like watching a fire on a really rainy day provide such enjoyment," said the duchess, who recalled enjoying easy activities, like going for walks with her parents, as a kid.

The duchess described that July 2013 day as "a bit of a blur" with "mixed emotions". She stayed in the hospital overnight and thunderstorms prevented her from sleeping well. "I was keen to just get home, because for me... I had all the memories of being in the hospital because of being sick, so it wasn't the place I wanted to hang around in, so I was really desperate to get home and get back to normality," she said.

"I got very bad morning sickness, so I'm not the happiest of pregnant people". Though she acknowledged that "a lot of people have it far worse," it was still "definitely a challenge" for her and her loved ones. “[It was] utterly rotten! I was really sick – I wasn’t eating the things I should be eating – but yet, the body was still able to take all the goodness from my body and to grow new life, which I think is fascinating,” she said during the podcast, which premiered Saturday.

Expanding on her experience, the duchess clarified, “There’s levels of it,” added Kate, who is promoting her groundbreaking survey called “5 Big Questions on the Under Fives,”which kicked off earlier this month. “I’m not going to say that William was standing there sort of, chanting sweet nothings at me. He definitely wasn’t! I didn’t even ask him about it, but it was just something I wanted to do for myself.”

“I saw the power of it really, the meditation and the deep breathing and things like that – that they teach you in hypnobirthing – when I was really sick and actually I realized that this was something I could take control of, I suppose, during labor,” she continued.

“It was hugely powerful and because it had been so bad during pregnancy, I actually really quite liked labor! Because actually it was an event that I knew there was going to be an ending to! But I know some people do have really, really difficult times, and it’s not for everybody.”