LVMH shuts down Rihanna's Fenty brand: why did this happen | World Fashion Channel
Our site uses cookies and similar technologies to ensure the best user experience by providing personalized information, remembering marketing and product preferences, and helping you get the right information. By continuing to browse this site you agree to our use of cookies following this notice concerning this type of file. If you do not agree that we use this type of file, then you must set your browser settings accordingly or not use the wfc.tv website. 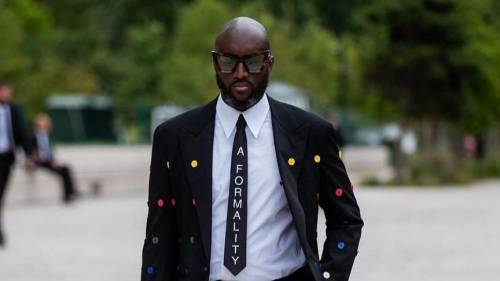 The LVMH conglomerate which owns Christian Dior, Louis Vuitton, Givenchy, Guerlian and many other companies announced that it no longer plans to develop Rihanna's Fenty brand due to financial losses. More than that, the official website of the brand and the online store based on its platform will be closed in the next few weeks.

“Rihanna and LVMH jointly decided to stop the release of the clothing collection in Europe in anticipation of better conditions for this”- a representative of the conglomerate told WWD, who noted that Fenty clothing and accessories were not very popular with customers and did not bring the expected income.The economic situation worsened during the lockdown which showed that Rihanna can not fully control production in several European countries and considered plans to release eight collections a year unrealistic.

Despite this LVMH will direct his effors to Rihanna`s other projects: beauty brands “Fenty Beauty” and “Fenty Skin”, and also underwear brand Savage x Fenty.

Let us recall that Rihanna founded the company Fenty only two years ago and her latest collection was released in November 2020 and it includes shoes, sandals and mules, created in collaboration with designer Amina Muaddi.