New York hosts the Tribeca Festival, an annual international film competition. Yesterday there was a screening of the scandalous picture "Taurus", which tells about the wrong side of show business and a young musician who suffers from the pangs of creativity. 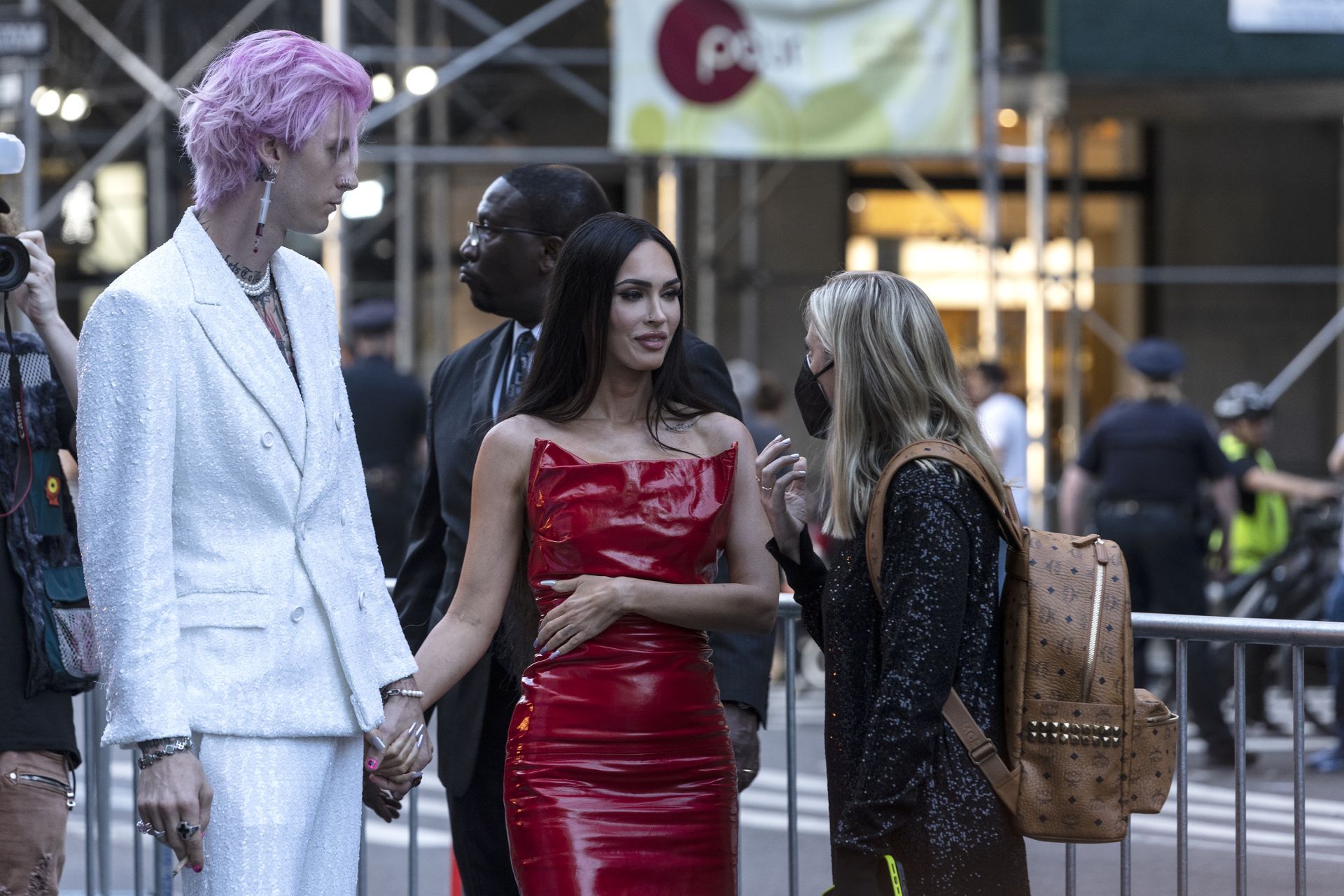 The heroes of the premiere were the leading actors Machine Gun Kelly and Megan Fox. Megan chose a red latent dress from the Italian brand SportMax for going to the premiere. This brand is the brainchild of Max Mara Group founder Achille Maramotti. Her companion preferred a snow-white suit from his beloved Dolce & Gabbana, which perfectly sets off his pink hair color, and an earring in the form of a squirt in his ear. By the way, the script for the film was written by Machine Gun Kelly himself, and Megan played his ex-girlfriend.

The entire film crew of the film was present at the party, and the audience congratulated its creators on a real success. Already, Machine Gun Kelly is compared to the young Guy Ritchie, he has the same rebellious spirit and unconventional vision. The film was directed by Tim Sutton, who previously worked with Machine Gun Kelly in the 2021 film The Last Son.