Meghan Markle explained why she no longer has any profiles on social media | World Fashion Channel
Our site uses cookies and similar technologies to ensure the best user experience by providing personalized information, remembering marketing and product preferences, and helping you get the right information. By continuing to browse this site you agree to our use of cookies following this notice concerning this type of file. If you do not agree that we use this type of file, then you must set your browser settings accordingly or not use the wfc.tv website. 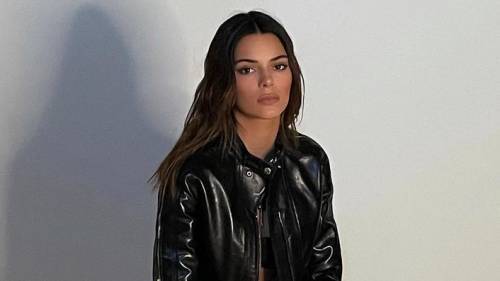 Being a speaker for Fortune's Most Powerful Women Next Gen Summit, Prince Harry's wife, Meghan Markle, raised the topic of the negative impact of social networks on people's mental health. The Duchess of Sussex compared the users of online platforms with the drug-addicted people, noted the linguistic similarity in the use of the word "user" for both of these groups.

"… there are very few things in this world where you call the person who's engaging with it a user," she explained. "But if you look at social media and what it's doing in the same capacity in which it does creating addiction, what is the comp there? People who are addicted to drugs are called users and people who are on social media are called users. And there is something algorithmically that is in there that is creating this obsession that I think is very unhealthy for a lot of people."

So, taking care of her own mental health, Meghan Markle quitted social media some years ago. "For my own self-preservation, I have not been on social media for a very long time," she said. "I had a personal account years ago, which I closed down and then we had one through the institution and our office that was in the U.K. that wasn't managed by us—that was a whole team—and so I think that comes with the territory for the job that you have. I've made a personal choice to not have any account, so I don't know what's out there, and many ways that's helpful for me."

She also admitted that motherhood made her more cautious about what she says and shows in public. "So the things you are able to tolerate on your own are not the same that you are going to put your child in a position of vulnerability for," Meghan continued. "At the same time, I am cautious of putting my family in a position of risk by certain things," she continued. "I try to be, rather, very clear with what I say and to not make it controversial but instead to talk about things that seem very straight forward, like exercising your right to vote."