Plus-size Model Ashley Graham Gave Birth to First Child | World Fashion Channel
Our site uses cookies and similar technologies to ensure the best user experience by providing personalized information, remembering marketing and product preferences, and helping you get the right information. By continuing to browse this site you agree to our use of cookies following this notice concerning this type of file. If you do not agree that we use this type of file, then you must set your browser settings accordingly or not use the wfc.tv website.

Ashley Graham, the most famous plus-size model, and her husband producer Justin Erwin became parents for the first time. The young woman shared this news on her ******* story three days after giving birth, writing, "At 6:00pm on Saturday our lives changed for the better. Thank you for all your love and support during this incredible time." It is known that the model gave birth to a boy, but baby’s name hasn’t been revealed yet. 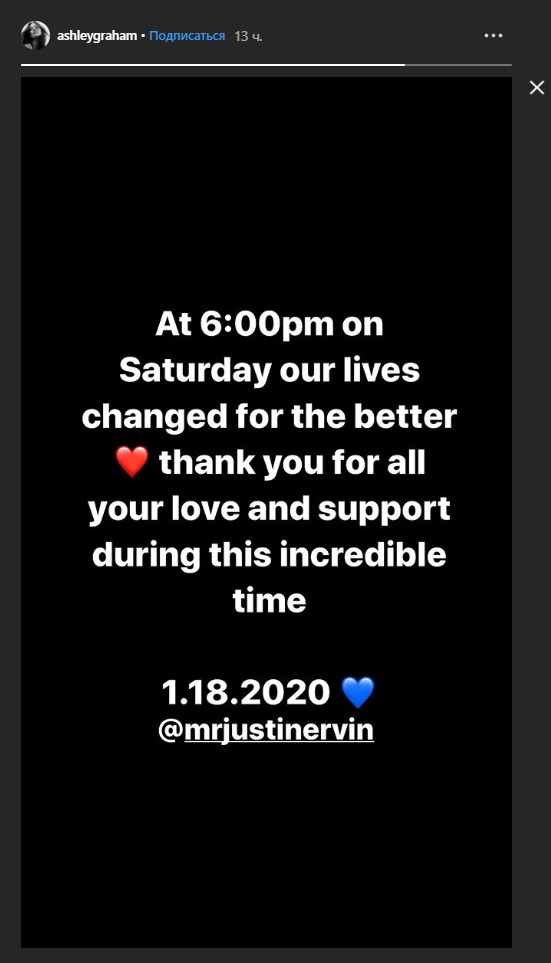 Ashley and Justin started dating about 10 years ago after meeting at church, where the model worked at a charity event. Fourteen months later, they got married, and on the 9th wedding anniversary, Ashley announced that she was expecting her first child.

The model decided not to interrupt her career during pregnancy and starred for several magazines and participated in fashion shows. For example, Graham starred on one of the January covers of Vogue wearing an Oscar de la Renta caftan for its motherhood issue, which also tapped Cardi B, Stella McCartney. In December, she took part in a rather provocative photo shoot - her husband Justin became the author of the pictures. For nine months, the star willingly shared new photos with her subscribers and thanked for their love, support and understanding.