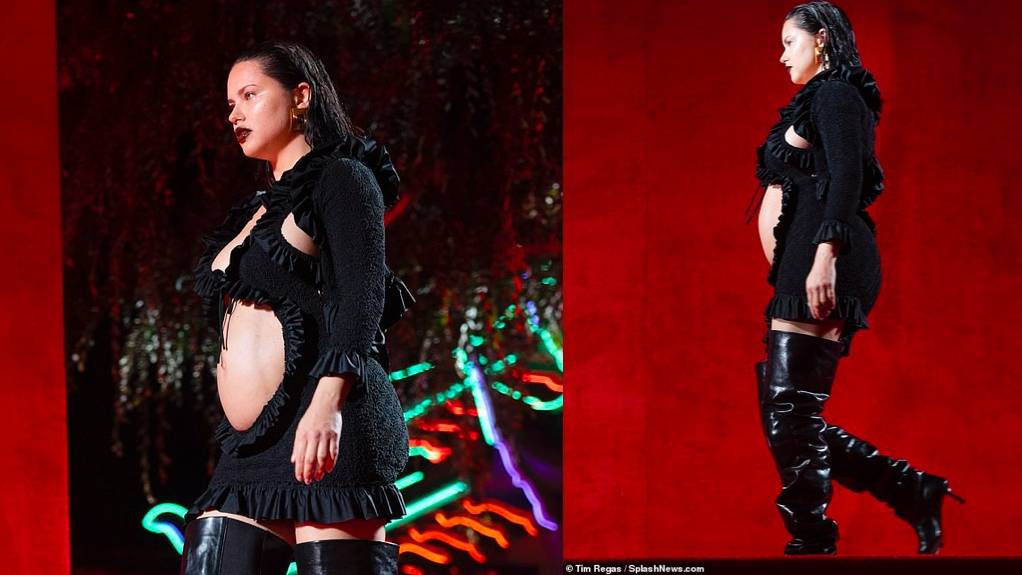 Brazilian supermodel Adriana Lima appeared at the Alexander Wang Fortune City show in Los Angeles following the news that she was having a boy. The model wore a revealing dress with cutouts that exposed the stomach, and high-heels boots.

The 40-year-old former Victoria's Secret model walked the runway with ease despite her impressive pregnancy. Very soon, Lima will give birth to a third child (Adriana has 10 and 11-year-old daughters from her first marriage).
The Alexander Wang show was the first since a huge scandal that the former creative director of the French fashion house Balenciaga fell into in 2020 after accusations of sexual harassment, links with transgender models and the use of illegal drugs.
The collection of 50 looks inspired by Asian American culture has become a long-awaited for many. The audience accepted the return of the fashion designer with enthusiasm, many spectators shouted from the audience: "This is amazing" and "I like it."
More than 800 people attended the show, with fashion designer Kimora Lee Simmons, American TV presenter Lisa Rinna, rappers Gunna and Coy LeRae, actor Harry Hemlin, K-pop singer CL and model Behtay Prinsloo-Levin in the front row. The highlights of the collection are velor tracksuits, leather coats, wool cycling shorts, crop tops and denim coats. In addition to the pregnant Adriana Lima, models Alessandra Ambrosio and Candice Swanepoel took part in the show.