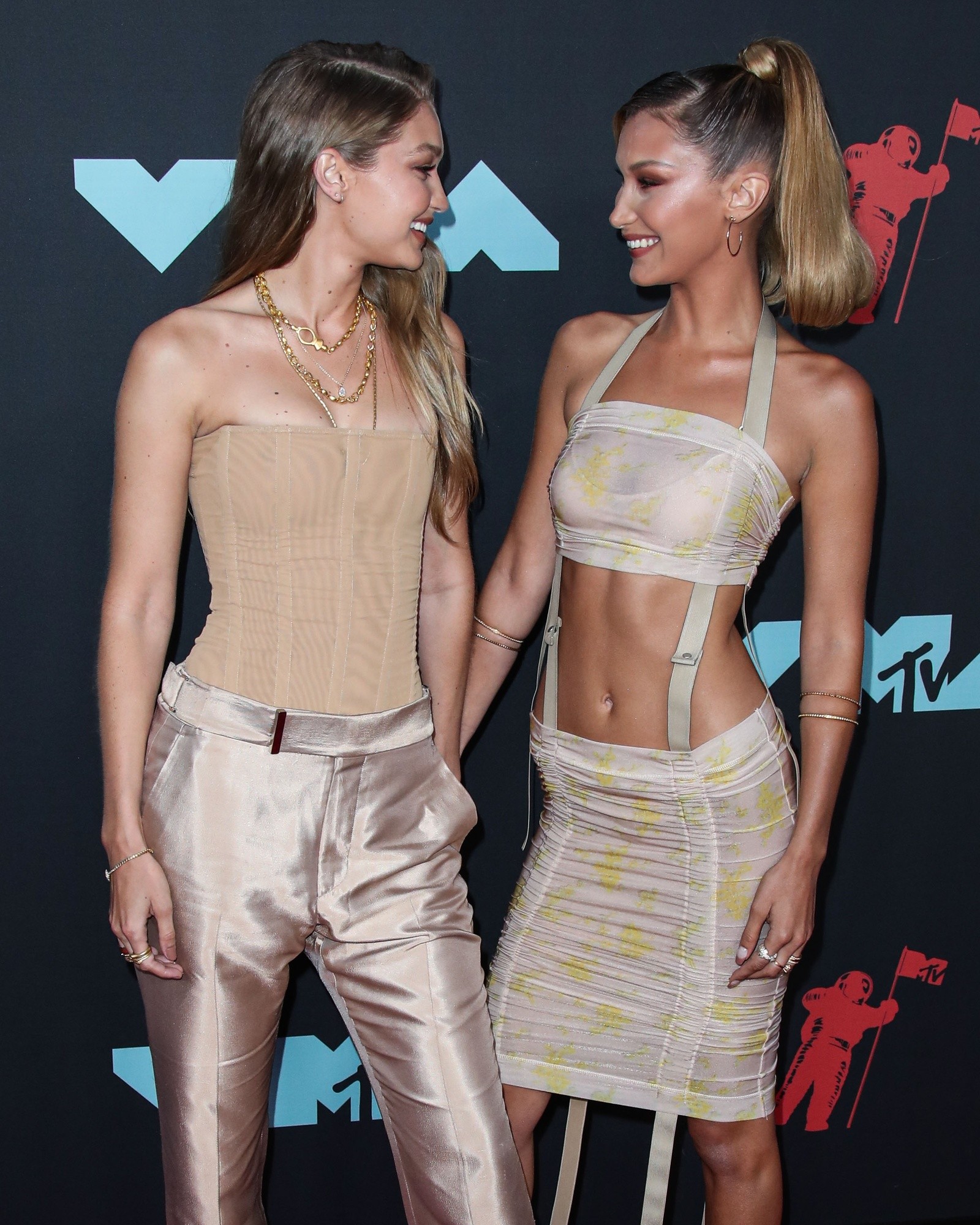 In New Jersey, one of the most prestigious music awards MTV Video Music Awards 2019 was held, which gathered a lot of world stars on the red carpet.

Bella and Gigi Hadid chose one color scheme for themselves - pink gold. The first appeared in a dress from Charlotte Knowles and Gianvito Rossi sandals, and Gigi in Tom Ford top and trousers.

The main star of the evening, who received the coveted figurine for the best video, was singer Taylor Swift with the work «You Need to Calm Down». At the award, she appeared in a Versace-style colored jacket and black overpasses with rhinestones.

Another triumph of the evening was Ariana Grande in the category «Singer of the Year», but, unfortunately, she could not attend the ceremony, as she was on a tour of Europe.

The victory in the nomination «Best New Performer» went to Billy Eilish, who also could not attend the award ceremony.

Miley Cyrus, who performed the song Slide Away, dedicated to breaking up with Liam Hemsworth, attracted a lot of attention.

Among the guests were spotted Sophie Turner and Joe Jonas, who came to support their friends. They captured the enthusiastic reaction of the lovers to the performance of Camila Cabello and Sean Mendes on video.

The largest number of nominations went to Taylor Swift and Ariana Grande - each of the singers was presented in ten categories. Billy Eilish, lost them only one position: she was declared in nine categories.