Zendaya is a new fashion icon. What is the secret of her success? | World Fashion Channel
Articles / Сelebrities

Zendaya is a new fashion icon. What is the secret of her success? 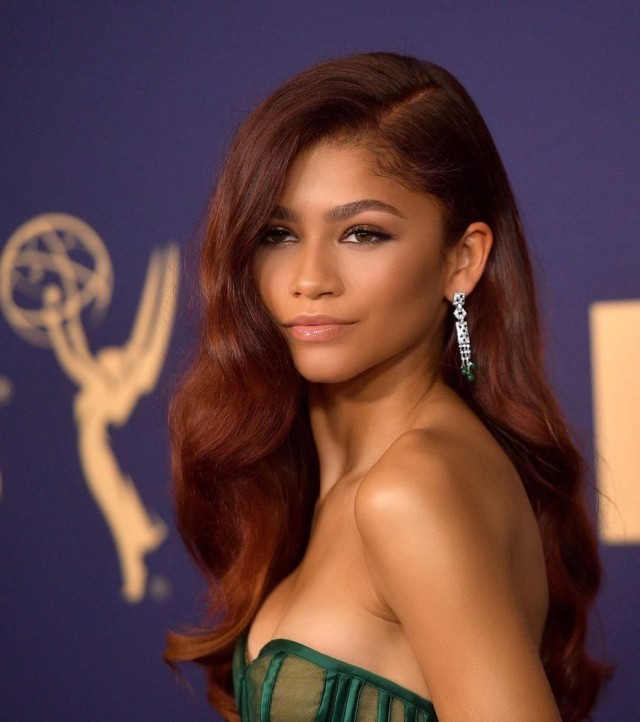 Until 2017, only few people in the world had heard about Zendaya Coleman, although the girl was engaged in an acting career since childhood and managed to star in several Disney series. However, she found her fame thanks to the episodic role in the film "Spider-Man: Homecoming." After the premiere of the film, Zendaya awoke and found herself famous, but she is so admired not only for acting. The girl has become a real fashion icon, an object to follow for thousands of girls around the world. But what is Zendaya Coleman's secret? 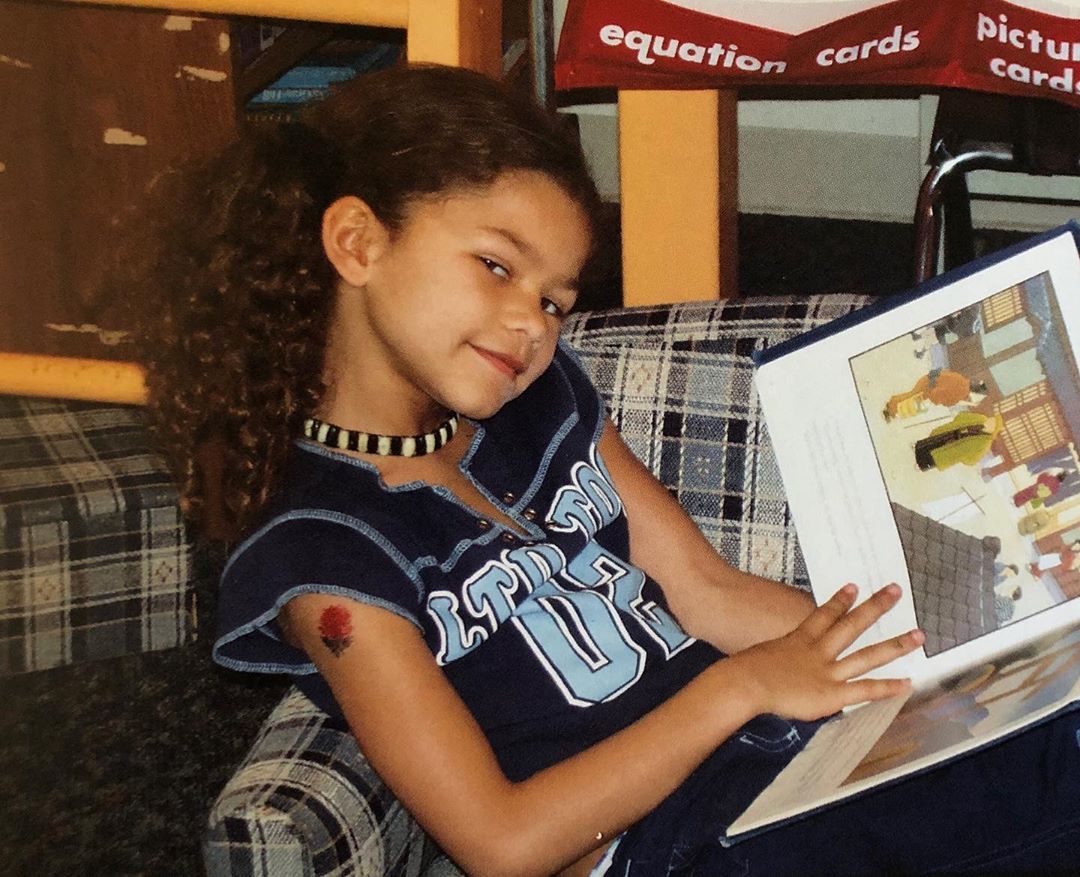 Zendaya has become a real idol of Millennials, and representatives of this generation are very difficult to surprise with perfect appearance, impeccable sense of style, charm and even skill of acting. Most of all, the younger generation appreciates in self-made people, managed to earn reputation and fame without having rich and famous parents. This is with what Zendaya bribes in the first place. She comes from a fairly simple family: Zendaya's mother owns a jewelry store, her father works as her manager.

It would seem that there were no prerequisites that the girl would become an actress. However, as a child, Zendaya often spent time in the theatre, where her mother at the time worked as a manager. Watching the performances of the actors, Zendaya also wanted to commit her life with the stage. In Junior school, the girl participated in school performances, but she really tried herself as an actress in a special school of arts. And then Zendaya was accepted into the American theatre-conservatory in San Francisco, from which many famous Hollywood actors graduated at the time.

Teachers noted the talent of Zendaya Coleman, but we can’t say that only the innate talent ensured the success of the actress: hard work, the desire to learn and go to her goal to the bitter end-these are the Zendaya’s distinctive features, for which her fans love her so much. Zendaya's acting career didn’t begin with very starringroles. After filming in several commercials and participating in the backup dance in Selena Gomez’s team, she had the chance to star in the series produced by Disney Channel "Good luck, Charlie". Then in 2012, Coleman received one of the main roles in the film "Frenemies", which also premiered on the Disney channel. After that, there were roles in the TV series "Zapped" and "KC. Undercover». These all were good projects that gained some fame, but they were far from the glory of "Hannah Montanta" or at least "Wizards of Waverly place", which at one time gave a great start to the careers of Miley Cyrus and Selena Gomez. However, Zendaya continued to work hard and participate in various projects.

So, she became a partyof the show "Dancing with the Stars", and her pair even took second place. But the real big break for Zendaya was the opportunity to play the role of the iconic character Mary Jane in the film "Spider-Man", which became part of the Marvel Cinematic Universe.

Not just a Peter Parker's girlfriend

Публикация от Spider-Man: Far From Home (@spidermanmovie) 16 Июл 2019 в 10:48 PDTSome critics and viewers agreed that in those small scenes of "Spider-Man", in which Zendaya appeared, the actress managed to outshine all the other actors, including even the performer of the main role, Tom Holland. And it's not just about Coleman's brash charm: she played the very wrong "Spider-Man girl" that we expected to see. Her Mary Jane is an independent and interesting person who can stand up for herself. Intellectual humour bordering on sarcasm, the ability to be yourself, the lack of coquetry helped Zendaya to create an image that simply couldn’t help but fall in love with. The modern audience just got tired of cliched heroines, getting into trouble all the time.

"Spider-Man" made Zendaya really famous. Now she has 2 times more followers on Instagram than the performer of the role of Spider-Man, Tom Holland: Zendaya’s 63 million followers against Tom’s 32 million – this is a pretty impressive separation. However, Zendaya didn’t stop there. The musical "The Greatest showman" cemented Zendaya's success in Hollywood, because it turned out that she is not only a good actress, but also a very talanted singer. Her duet with Zac Efron with the song "Rewrite The Stars" is one of the most poignant compositions of the picture. And the scene with the dance on the ropes is performed so beautifully that some can’t even believe that Zendaya performed all the tricks herself. And this is another secret of her success: to try yourself in different areas.

One of Zendaya's most interesting experiments was a collaboration with designer Tommy Hilfiger. The joint Tommy/Zendaya collection organically combines the style of the brand, developed over the years, and Zendaya's creative quest. Zendaya admitted that she wanted to rethink the dress code of a strong and confident woman.

And, perhaps, this is the special charm of the collection: how a young girl imagines the look of an adult and independent business lady. This clothing even not so much in Zendaya’s style, but shows her approach to fashion: fashion must be practical, convenient and reflect the person’s interior. The brand's collaboration with Zendaya was so successful that the actress and designer released a second collaboration. Zendaya's whole style is a balancing act between grace and audacity. She can appear at the premiere in a sexy emerald dress and become a real star of the evening. Or she can come to the event in a tuxedo, which she seems to have bought in the men's department store, and she always causesnothing but admiration. Some may say that there are quite a lot of such talented actresses as Zendaya in the world. However, not all of them can boast an impressive army of fans. What is the reason? The reason is Zendaya’s active citezenship. She doesn’t just participate in charity, she openly raises issues that concern and worry the youth of today. Zendaya opposes bullying-a real epidemic in many educational institutions around the world. Zendaya also advocates for the rights of blacks. She is not afraid to declare herself as a feminist, but at the same time, unlike Brie Larson, for example, she doesn’t fall into the other extreme and doesn’t try to belittle the role of men in society and the very concept of masculinity.

Zendaya chooses roles taking into account her principles: the projects in which she participates highlight certain problems of modern society. One of her last works is the series "Euphoria", which raises uncomfortable questions that are usually hushed up: the problem of drug addiction, attitudes towards sexual minorities, violence. And Zendaya draws attention to these problems.

For this, thousands of people around the world, who admire the selfless and courageous young people with an active life position (such as Greta Thunberg) fell in love with Zendaya.